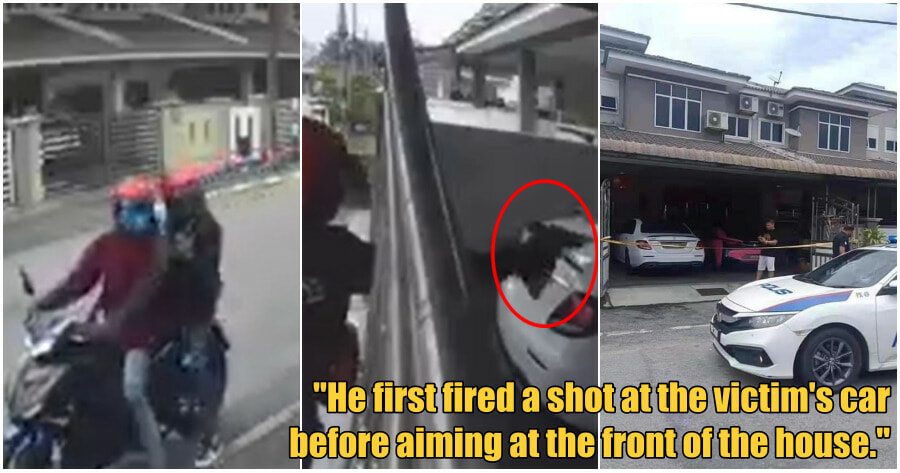 Shooting incidents are not a common occurrence here in Malaysia, which is a great thing. So, when it does happen, the fear and uncertainty of those affected are immense.

Last Friday afternoon (Sept 30), a family of 4 in Ipoh, Perak lived in fear when 2 men on a motorcycle fired shots towards their home in a residential area in Sitiawan, Manjung.

Perak Police Chief Datuk Mohd Yusri Hassan Basri said the shooting incident did not result in any injury or loss of life but caused damage to the family’s car windshield which was parked in the house compound.

In a CCTV footage of the incident, 2 men can be seen arriving at the scene on a Yamaha Y15 motorcycle without a registration number.

One of the suspects first fired a shot at the victim’s car before aiming at the front of the house. However, the gun is believed to have then malfunctioned, causing the 2 suspects to flee.

According to Mohd Yusri, the woman who lives in the house first heard an explosion in the morning of the incident but ignored it. 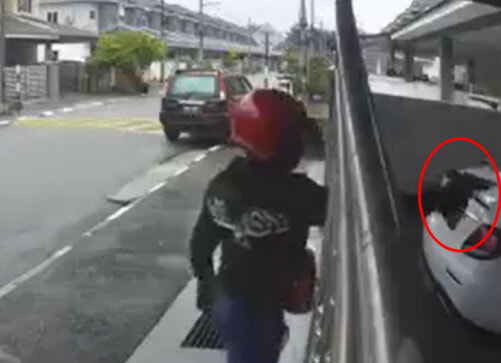 She only realised that the explosion was caused by gunfire when she wanted to leave the house at about 12.45 in the afternoon.

“A complaint about the incident was received from friends and family at about 1.07pm on the day of the incident,” he said

He added that an inspection by the Forensic Division (D10) of the Perak Criminal Investigation Department found that there was a hole in the rear window of the car, believed to be a result of being hit by gunfire, and bullet casings at the scene of the incident. 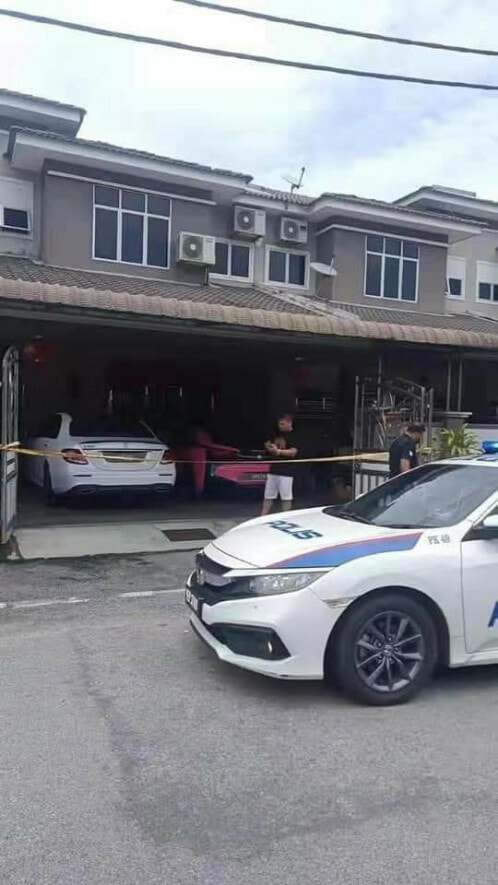 Mohd Yusri said the motive for the incident is still under investigation in accordance with Section 8 of the Firearms (Heavier Penalty) Act 1971.

The police ask the public with any information related to the incident to contact Senior Investigating Officer, Assistant Superintendent Mohd Azalan Ab Karim at 019-3927837 or contact any nearby police station.

That incident must have been so traumatic for the family! We hope the culprits will be arrested soon.

Also read: Police On The Lookout For Man Who Hunts Stray Dogs With A Bow And Arrow