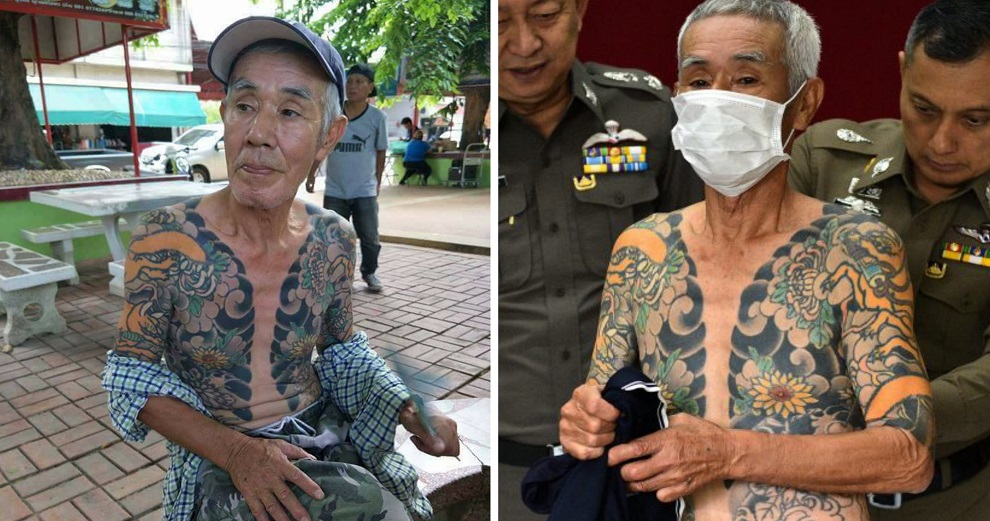 This sounds like something straight out of a movie, wei!

According to Thai PBS, Shigeharu Shirai had been living in Thailand since 2005 when a stranger noticed his intricate full-body tattoos and missing little finger on his left hand. Fascinated by his appearance, he decided to take pictures of the man and later uploaded the photos to Facebook with the caption, “Uncle, you’re my idol. When I grow up, will I look like you?”

The photos quickly went viral among Thai Facebook users, with over 10,000 shares. 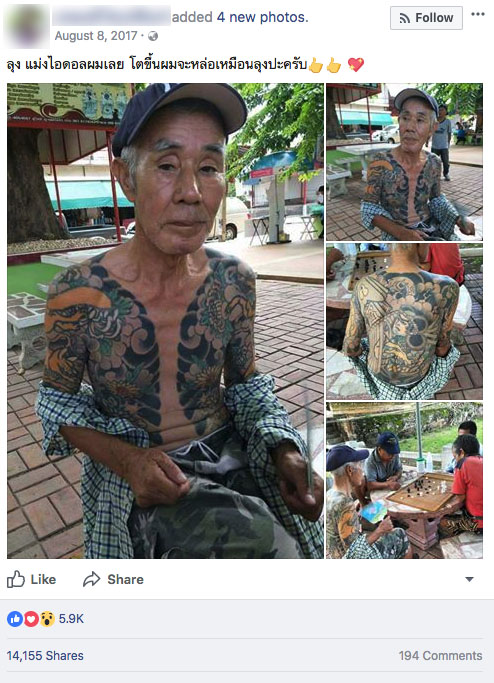 However, his photos also caught the attention of the Japanese Interpol because he turned out to be a yakuza boss suspected of murder and has been on the run for 15 years! Wah, plot twist!

What’s even crazier is that he’s suspected to be an upper member of Japan’s largest yakuza organisation, Yamaguchi-gumi. He’s been wanted by Japanese authorities for allegedly murdering a rival yakuza member in July 2003. 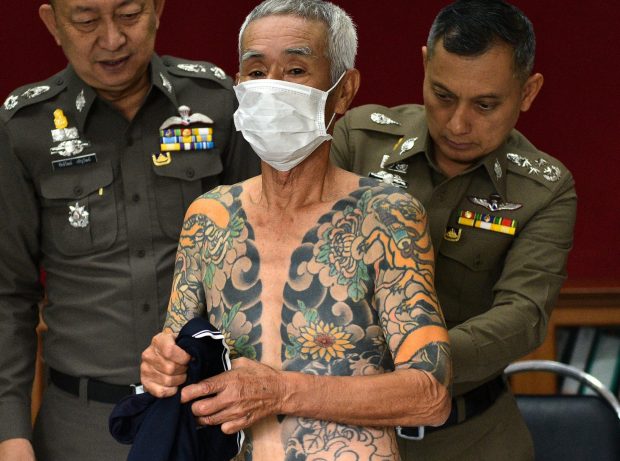 Shigeharu was reportedly identified by his tattoos. His missing little finger was apparently the result of a yakuza ritual known as ‘yubitsume‘ where fingers are completely or partially chopped off as punishment, according to Coconuts.

Interpol along with local and immigration police soon spotted and arrested him in the rural Lopburi province while he was out buying food. The 74-year-old managed to go unnoticed by authorities for years until the viral Facebook post surfaced last year. Foiled by the internet! 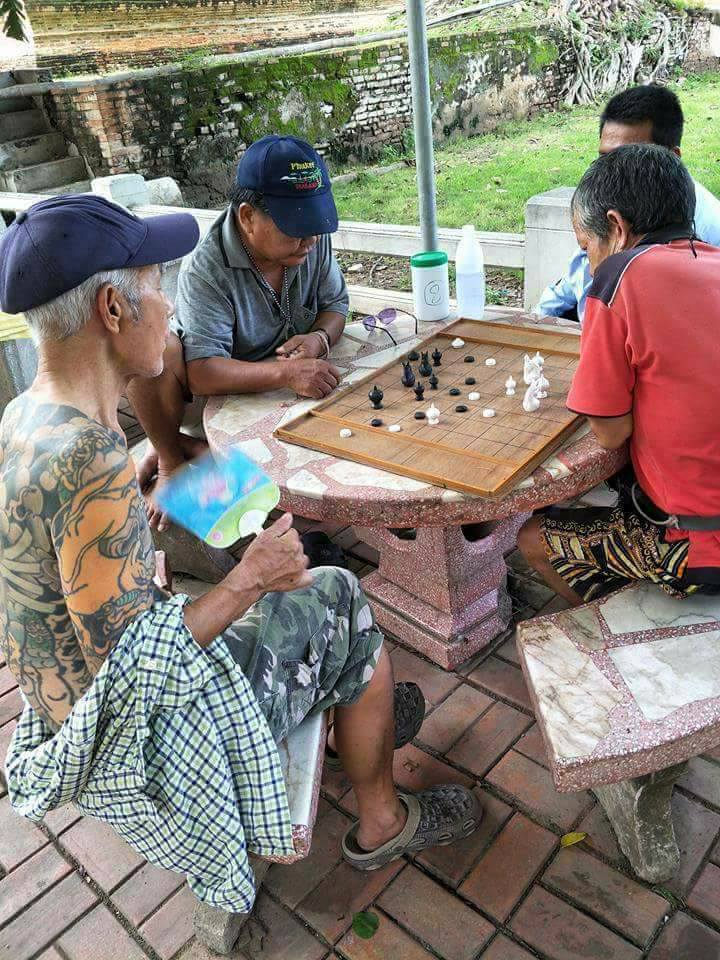 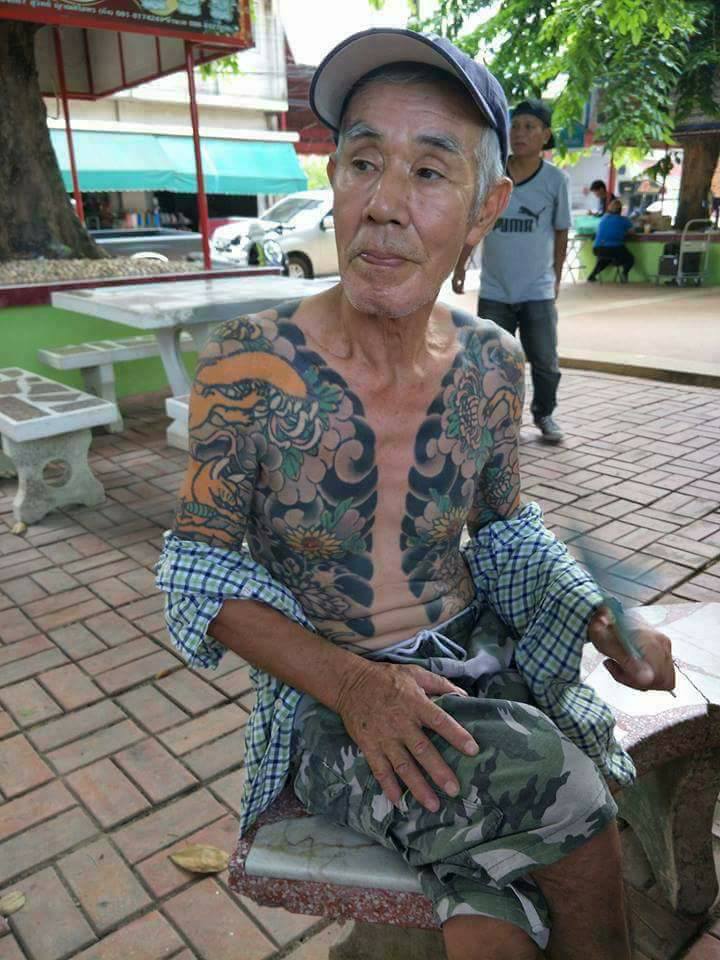 Thai PBS reported that Shigeharu lived from house to house to avoid the police until he ran out of money, after which he moved to live in public areas.

Currently, he will be charged with illegal entry into Thailand before being handed over to Japanese authorities, according to The Independent.

Well, if there’s one thing we’ve learnt from this, it’s that we should never underestimate the power of social media!

Also read: Student From Cheras Brutally Beaten By Gangsters For Refusing Their Invitation 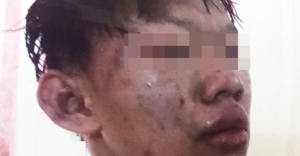