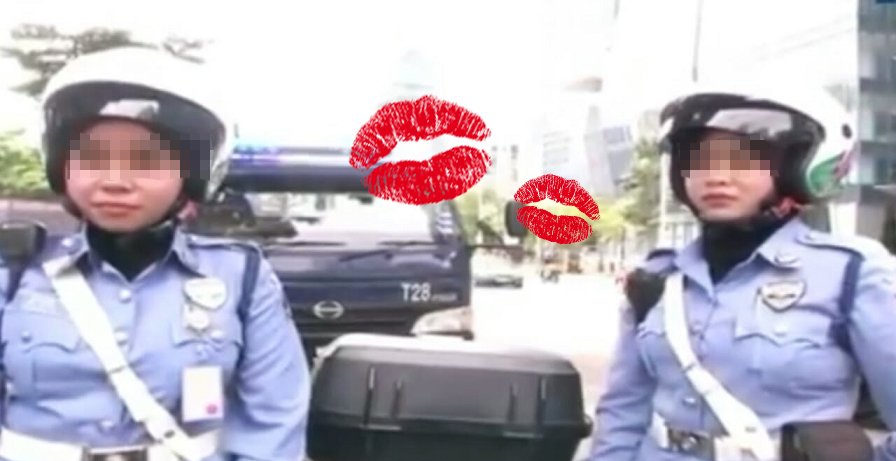 The incident reportedly happened at Jalan Gading, off Jalan Bintang in Kuala Lumpur on Wednesday night.

According to The Star, the 27-year-old DBKL officer was issuing a parking summon to a car that was illegally parked at Jalan Gading when the incident happened.

He said the the 35-year-old suspect was seen loitering around a hotel near the area before he saw and approached her.

“He was disturbing and complimenting her by saying she was beautiful,” Sukri said.

“It got worse when the suspect blocked her view of the car that she was trying to photograph. So she ordered him to go away,” Sukri added.

Despite being told off by the female officer, the suspect was relentless and brazenly kissed her.

“He became aggressive and cupped the victim’s face with his hands before kissing her,” Sukri said.

The female officer was shocked and screamed her lungs out which alerted the onlookers. Enraged by the outrageous act of the suspect, passersby decided to teach him a lesson.

The suspect ended up being beaten up by the crowd. Show no mercy to that pervert!

There were no further reports mentioning what happened to him after.

Also read: Malaysian Female Police Officer Got Netizens Suddenly ‘Surrendering’ Themselves To Her 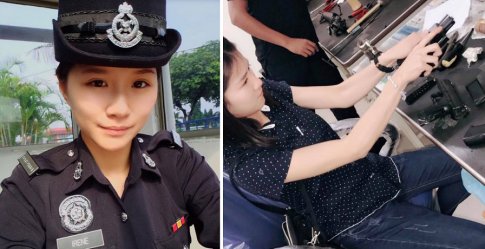