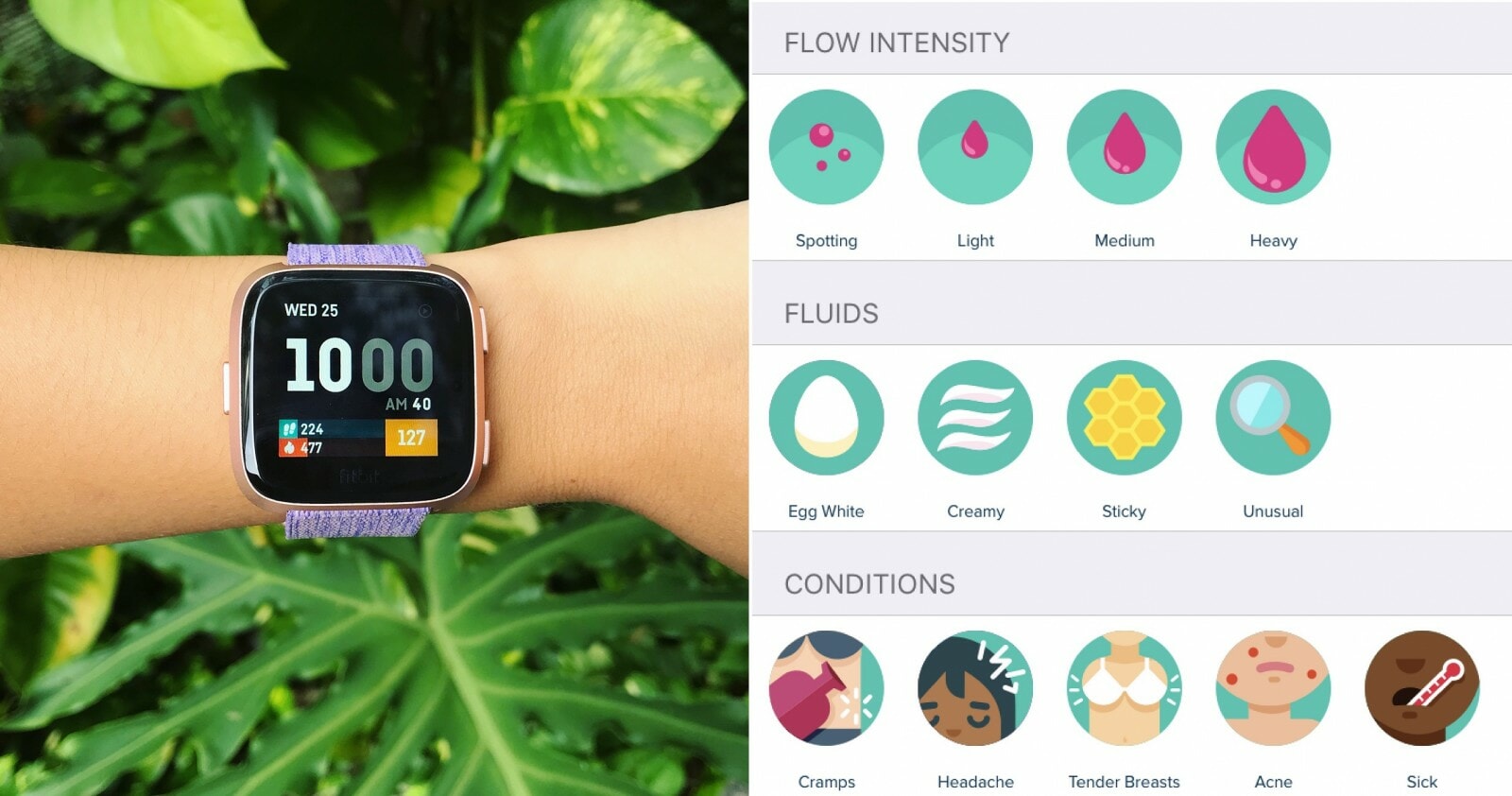 At first glance, you’ll be forgiven into thinking that the new Fitbit Versa was a regular everyday timepiece. A second take at it will probably have you wondering whether it works as a smartwatch or fitness tracker. Well, we’re here to tell you that it does both (like a #ladyboss no less), especially with the new period-tracking feature that’s finally launched this month (more on that later). 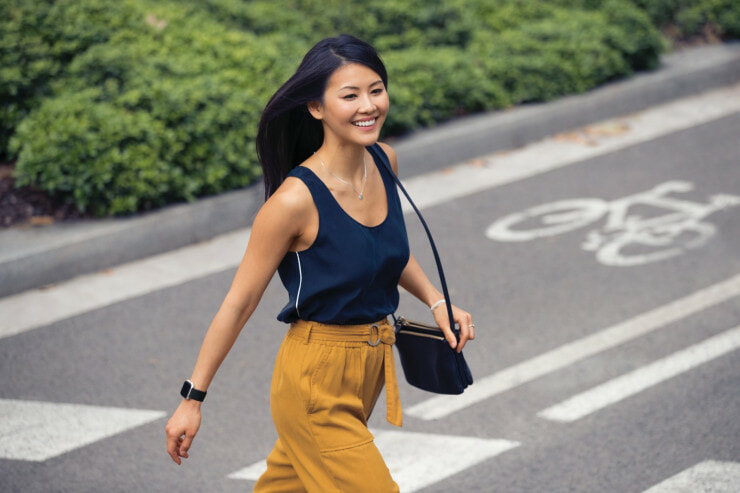 It’s been about a month since I’ve been wearing the versatile wrist candy and these features have convinced me that I’m going to wear it for a long time more. 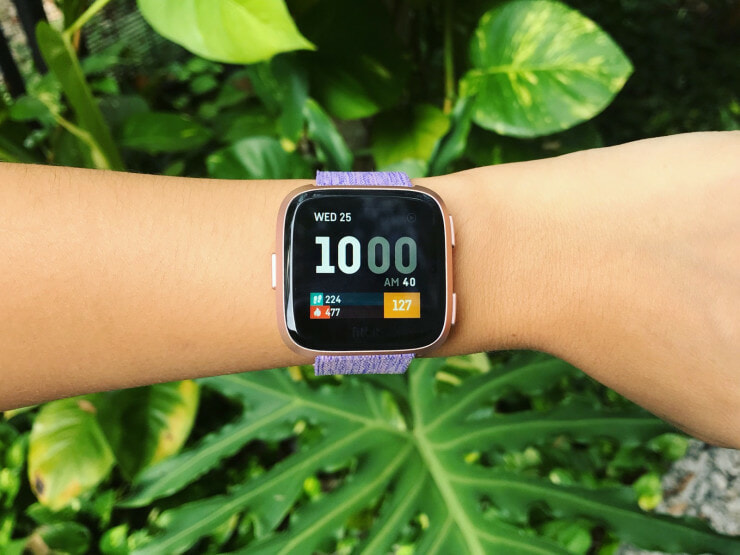 The 1. 34-inch lcd screen is the perfect in-between size for both genders | source: joanna pinto/world of buzz

Forget overtly bulky smartwatches. It’s the 21st century. We want something sleek that doesn’t outright look like a fitness tracker, and we want it now. Enter the Fitbit Versa, the brand’s lightest smartwatch that’s designed with smaller wrists in mind – I fit this demographic and let me just say that its ultra-thin anatomy is comfy AF, and doesn’t feel constricting at all even while catching zzz’s. 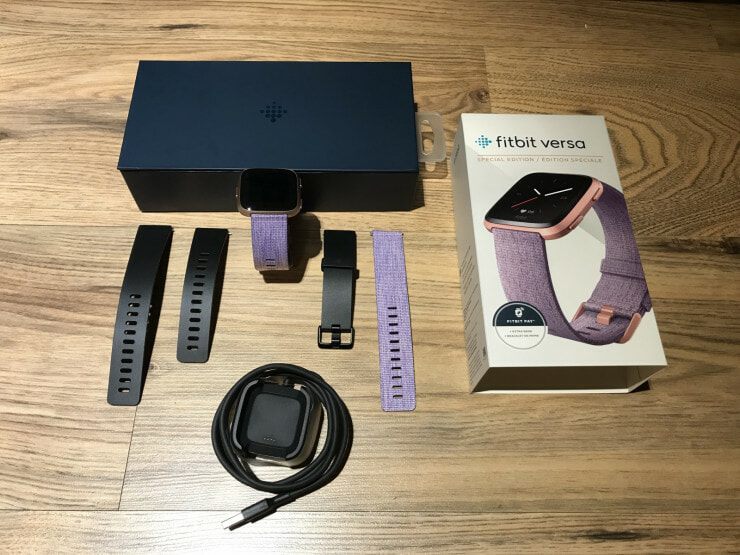 If you care about aesthetics, you’ll appreciate the Versa’s fashionable (walk-in size) wardrobe of interchangeable bands that range from #basic silicone bands and classy leather straps, to posher metal mesh and stainless steel links; and then there’s also the Special Edition woven straps in lavender and charcoal! In other words, apart from its natural gym habitat, you can take it out to more sophisticated settings. 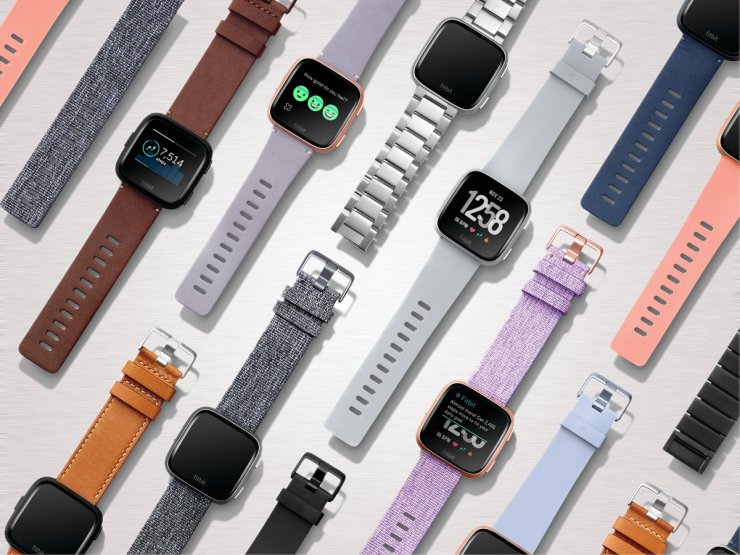 Fyi, the leather bands are made of premium horween leather! | source: fitbit 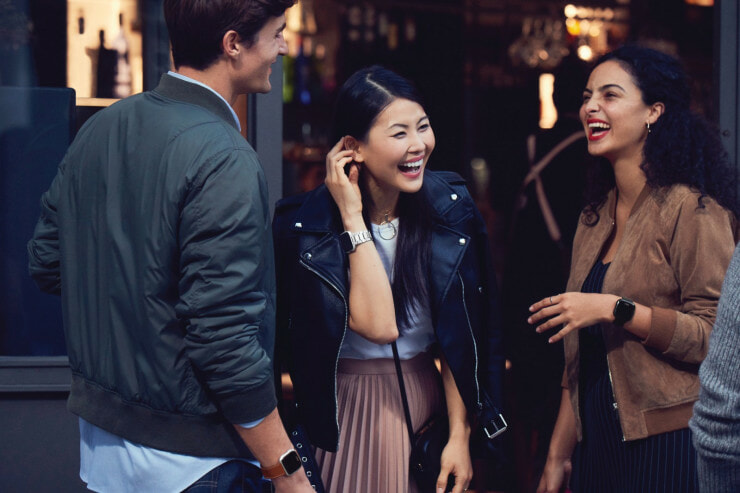 PS: Only sweat in the silicone bands for easy cleaning!

Hardware aside, you can also personalise your Versa as it boasts a wide range of apps plus over 550 clock faces to choose from.

2. It knows when Aunt Flow is visiting 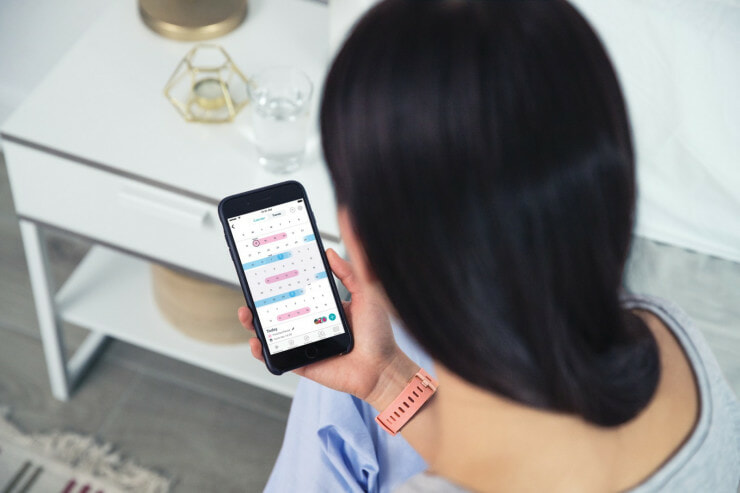 Starting May 2018, Fitbit has rolled out its brand new Female Health Tracking feature that allows women to track and better understand their monthly cycle in relation to their overall health. When connected to the Fitbit app on your mobile, you can easily log your period, record symptoms, track ovulation and ultimately, discover patterns in your cycle. I keyed in my previous cycle in April and true enough, my predicted cycle in May was pretty much on-point (editor’s note: though I do naturally have a regular cycle). Great thing is, since everyone’s cycles are different, the Versa is able to predict your upcoming cycles more accurately with more wear overtime. 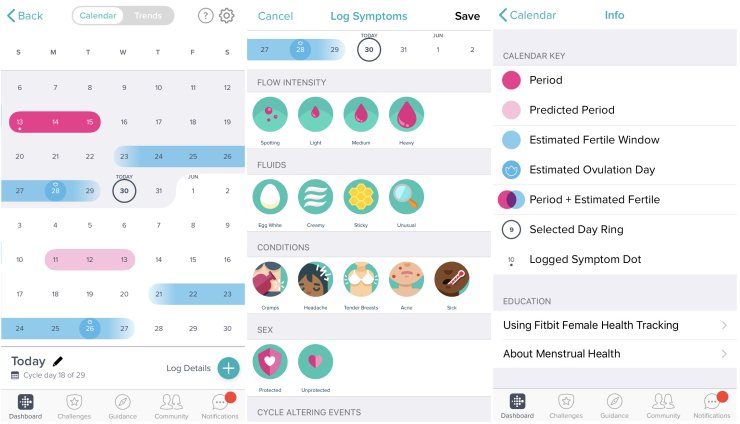 How cute are the symptoms’ illustrations? | source: joanna pinto/world of buzz

If you’re in the midst of family planning and so done with old school calendar counting, this feature will help heaps especially with the blue highlights, which indicate your estimated fertile window as well as ovulation day. You’ll know when’s the best time to get jiggy with your man. 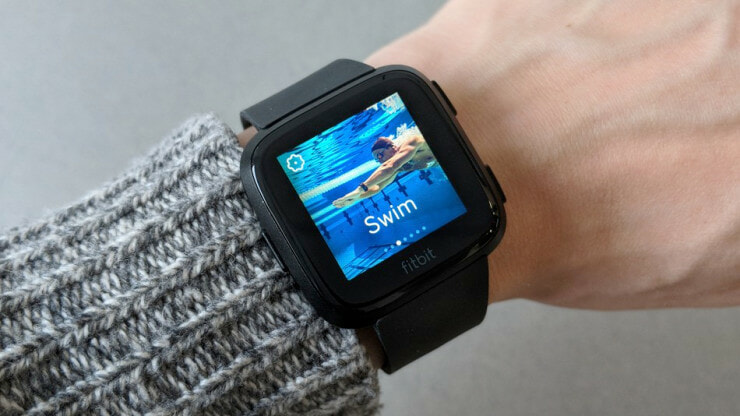 And by that, we mean you can take it to the ocean, swimming pool, and bath, on top of that super-hot 40-degree Bikram class (FYI, the Versa operates between -10°C and 45°C). After all, the Versa is water-resistant up to 50 metres, so there’s no need to worry about forgetting to remove your device before you get drenched in any form of water – including the unexpected rainy weather. Also, when you enable the swim workout activity on the exercise app, you can track real-time laps, duration and calories burnt.

4. You only need to charge it about once a week 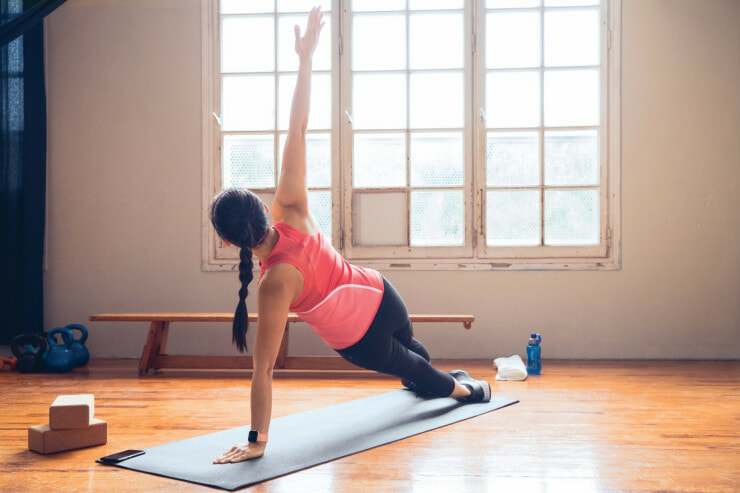 That’s a big plus point, considering how some smartwatches only give you a day’s worth and you end up sacrificing tracking your sleep (we’re looking at you, Apple). The Versa on the other hand (no pun intended), promises 4+ days of battery life – or more if you’re lucky. When I switched off a couple of mobile app notifications (my WhatsApp and Instagram specifically), I noticed that I managed to get 5 days worth of wear. Hence, it’s about double or triple the battery life of other smartwatches in the market, and that’s major.

5. It gives you in-depth insights into your health 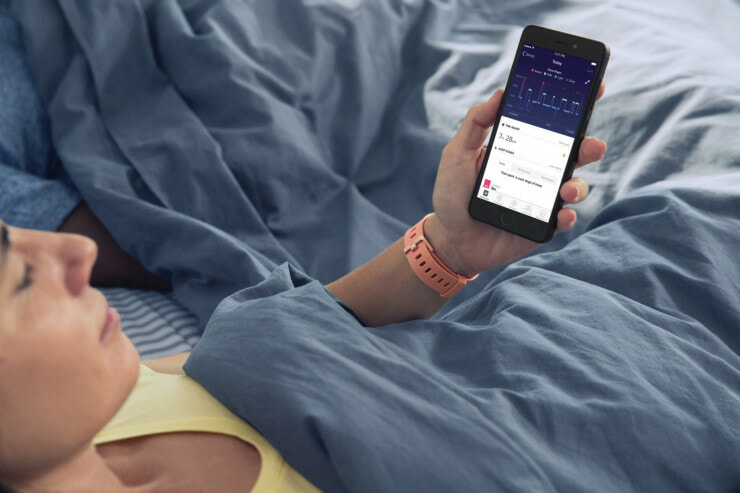 Since it tracks your heart rate 24/7, you’re able to see real-time heart rate zones (i.e. it shows if you’re just chilling or burning fat), better measure your daily calorie burn, as well as view your resting heart rate right from your wrist. As someone who’s an occasional insomniac, I liked the sleep tracking feature the most, which showed me how much rest I was getting each night and how much time was spent in the different sleep stages, thus determining my quality of sleep. It even shows how you compare to other Fitbit users!

Homepage of the app + sleep stats of the week | source: joanna pinto/world of buzz

Activity wise, the exercise app houses over 15 workout modes to target more specific fitness tracking: simply choose from its library of running, biking, swimming, yoga, pilates, hiking, circuit training, weights, and so forth before your training. If you forget to do so, fret not, you can still log your exercise manually on the mobile app – if your Versa hasn’t already, with its auto-activity tracking.

6. You can check your stats, well, stat 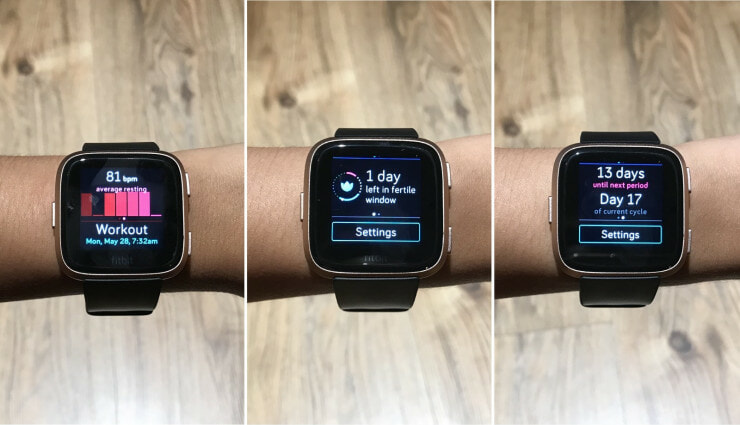 With the new Fitbit OS 2.0 installed in the Versa and its redesigned dashboard, you can get instant access to your health and fitness data right on your wrist (except sleep, which you still have to view on mobile). That means no more logging in – and annoyingly having to sync – to your Fitbit mobile app to check these digits out; just swipe up on your Versa’s display to see all these summaries!

If you’re an Android user, lucky you, because you can send quick replies to your messages on WhatsApp (and soon FB messenger), with up to five custom or pre-populated replies comprising 60 characters tops. iOS users, be patient okay!

7. You can pay for stuff from your wrist 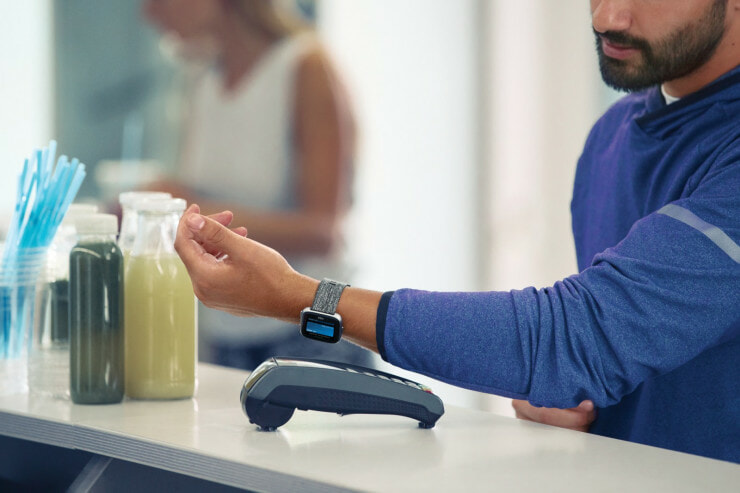 No, we’re not joking. You can actually store and use your credit cards right from your wrist thanks to the built-in NFC chip for Fitbit Pay. Meaning, wallet-free payments are now possible at any store that accepts contactless payments with Fitbit Pay. So far, this includes about 40 banks in 14 countries via American Express, Mastercard and Visa networks (plus more to come). How cool! 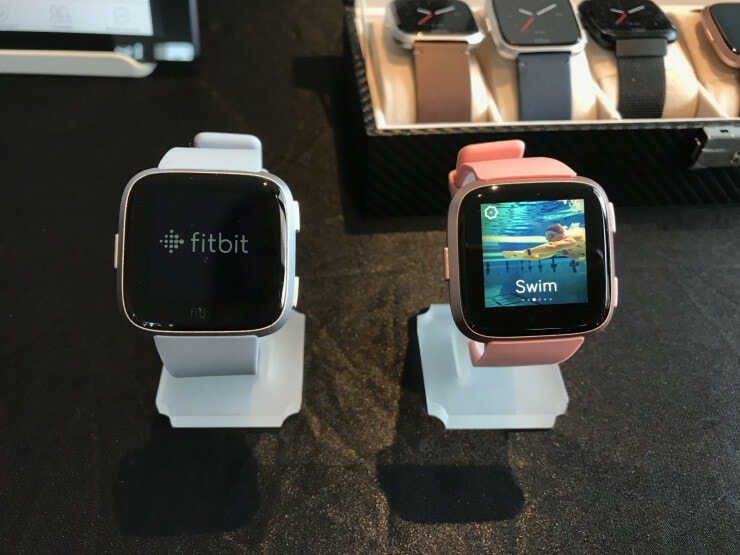 Should you buy the Fitbit Versa?

If the lack of built-in GPS doesn’t bother you (because you carry your smartphone with you on runs anyway), consider the Versa for its accurate monitoring and decent performance. TBH, there’s really not much to complain about when it’s got a solid long-lasting battery life, a stylish lightweight design, excellent sleep tracking, a cheaper price tag compared to its competitors, and if you’re a lady, period-tracking for those who wish to get a holistic view of their overall health in one place. If you’re a curious smartwatch virgin but don’t want to splurge on one, we say pop your cherry with this baby!

Where to buy: At all major retailers including All IT Hypermarket, AONE Plus, Best Denki, Harvey Norman, Timekeeper, Thunder Match Technology, and online on Lazada. 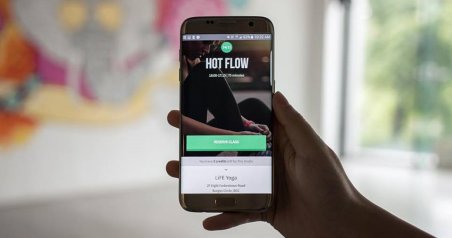