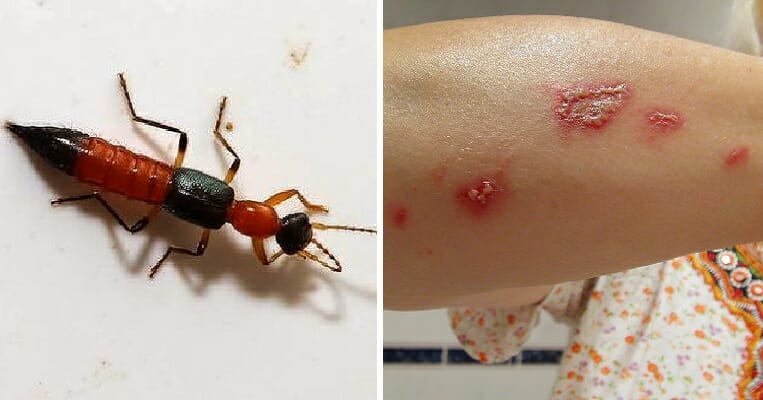 Having pests in your home is seriously a nuisance and the residents of Shineville Garden condominium in Ayer Itam, Penang understand this feeling very well. That’s because for the past four years, they have been constantly plagued by venomous rove beetles who are also known as “Charlie Ants.” 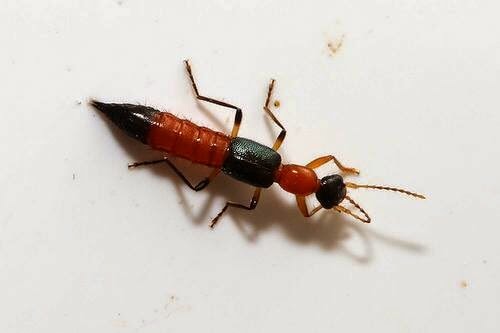 Based on a report by The Star, these terrifying orange and black insects are persistently returning to the residence even with regular fogging and pest control. Numerous reports have been made with the state Health Department but the pests continue to torment the residents.

Even living on a high floor doesn’t help because two-year-old P. Sushiksha, who lives on the 20th floor was bitten on her face which caused it to be inflamed and blistered. Her father said that they tried to get rid of the bugs but to no avail, as they resisted attempts to do so. 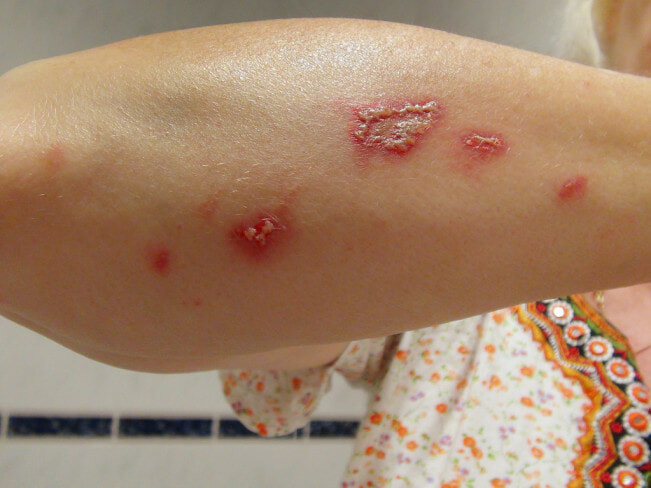 M. Thanaraj, 37 who is a resident at the condominium said that he had previously gotten bitten on his chest and back. “I felt a burning sensation. The following day, there were blisters on my left chest and on my back. The scars are still visible to this day,” he said.

The apartment’s joint management body vice-chairman Choon Keong said, “The presence of rove beetles in the area is seasonal. They only come out from the grassy fields during rainy seasons. We have lodged over 10 reports and the Health Department has conducted fogging operations; the last in July. The management has also bought termite poison and sprayed them on every floor, but the rove beetles still return.” 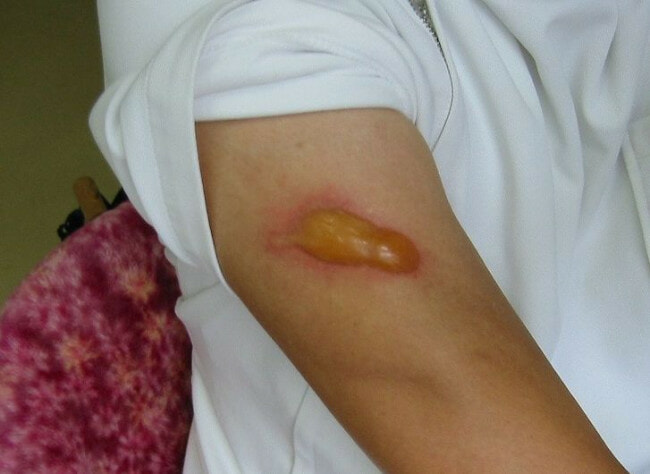 For illustration purposes only | source: hohochie

Penang’s Health Department said that they have caught several rove beetles to analyse them and will decide on the next course of action. State Welfare, Caring Society and Environment Committee chairman Phee Boon Poh said that rove beetles usually lived in paddy fields and when these fields are harvested and burnt, they would have sought refuge at the condominium.

“The rove beetles or fire ants are attracted by lights. Their venom is six times more toxic than that of a cobra,” he added.

Here are some things you should know about these venomous insects

Rove beetles are one of the largest beetle families and they are widely recognised for their usually elongated, slender bodies and their short wing covers, Brittanica said. They have quite a few colours that range from yellow and red to reddish-brown to brown to black to iridescent blue and green. The ones found in Penang are orange and black! 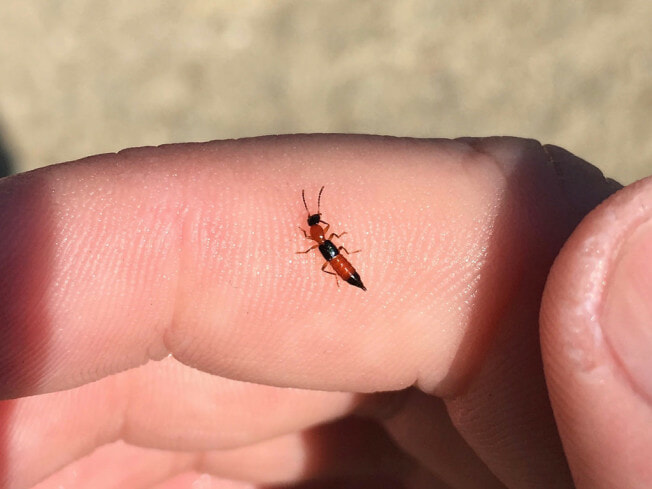 The blood of these beetles contains a strong toxin called pederin that can cause skin and eye irritations so it is not advisable to hit or crush it. The toxin can also cause conjunctivitis, severe dermatitis (rash) and serious skin irritation. This condition is also known as paederus dermatitis.

Some of the symptoms include reddening skin, a burning sensation, itching, pain and blisters after a few days. Do be careful as the toxin can spread to other areas of the body and even to other people as well. If you happen to come into contact with rove beetles, immediately use soap and water to wash the area and seek medical attention if the symptoms are severe.

Remember these if you ever come across these scary insects!

Also read: Here’s What You Should Do When A Bug Horrifically Gets Stuck in Your Ear 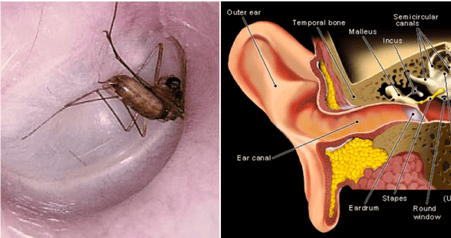