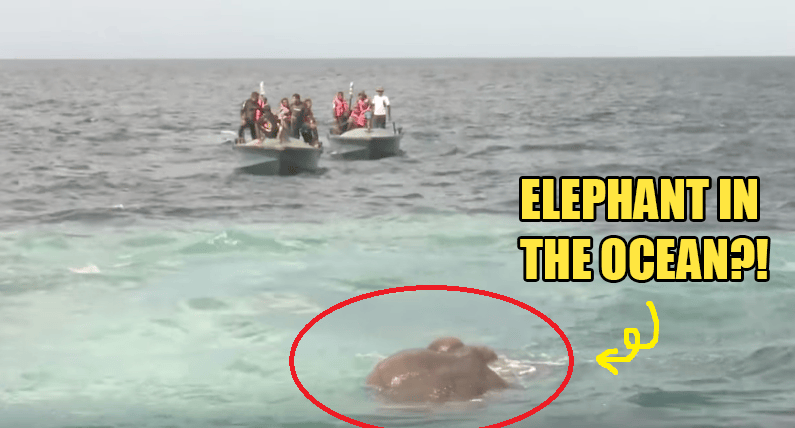 This is one lucky elephant!

Just yesterday, a Sri Lankan navy boat that was patrolling the coast unexpectedly spotted a live elephant stranded out at sea, and the location was approximately 16km off Sri Lanka’s North-East coast, near the town of Kokkilai. 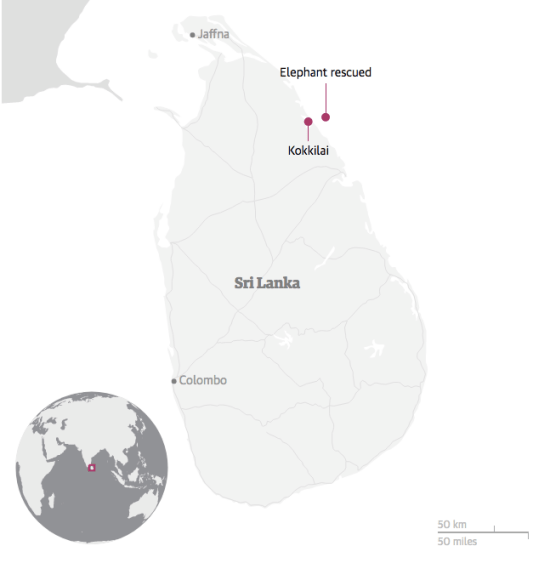 According to The Guardian, the elephant was floating and struggling to keep its trunk above the water’s surface to breathe. Upon seeing the strange sight, the Department of Wildlife and another navy vessel were immediately dispatched to the scene. 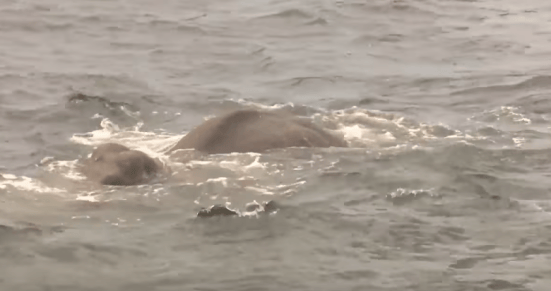 Several divers jumped into the sea and worked together to tie ropes around the distressed elephant. It was difficult to execute the rescue plan as the agitated elephant rolled over when the diver tried to tie the rope around it, along with the waves getting in the way.

After the knot was secured, the boat then gently towed the poor elephant to the shore without hurting it. The whole rescue mission took 12 hours to complete and the elephant was finally released when they were closer to the shore. Kudos to the divers! 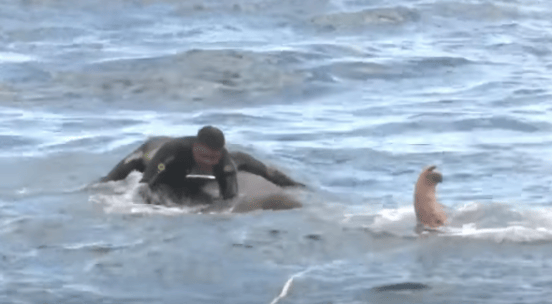 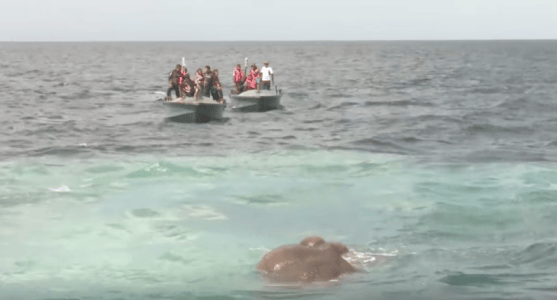 According to a navy spokesman, the elephant most likely was caught in the current and swept out to sea while crossing the Kokkilai lagoon, which is a large stretch of water that lies between two areas of jungle.

“They usually wade through shallow waters or even swim across the lake to take a shortcut. It’s a miraculous escape for the elephant,” he said.

However, a research officer, Avinash Krishnan said the incident wasn’t as shocking as it seemed.

“They’re very good swimmers. Swimming about 15km from the shore is not unusual for an elephant. But the navy’s intervention was still probably necessary, as they can’t keep swimming for long because they’d burn a lot of energy,” he said.

Regardless, salute to the navy for their quick action as the elephant probably wouldn’t have make it without their help. This is how humanity should be treating animals, unlike the humans in the popular movie series, Planet of the Apes.

Be sure to check out the deadly conflict between Caesar and the human race out in cinemas. I’ll admit I cried to this movie.

Anyway, humans and animals should co-exist. After all, we all share the same planet!