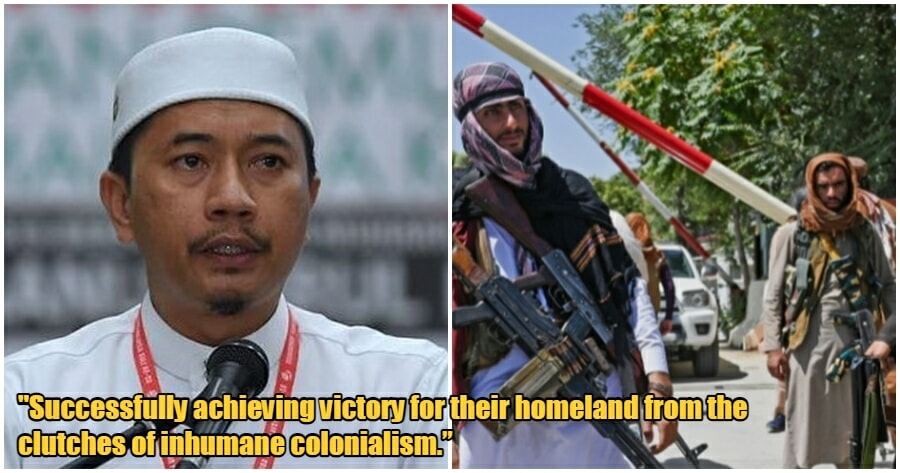 The Central Malaysian Islamic Party (PAS) International Affairs and External Relations Committee has congratulated the Taliban for their victory in retaking Afghanistan after they were forced out by US intervention 20 years ago.

The Chairman of the Central PAS International Relations Committee, Muhammad Khalil Abdul Hadi, took to his Twitter page to share the congratulatory statement, in a tweet that has since been deleted, though you can still find the statement on Harakah Daily (a publication by PAS). 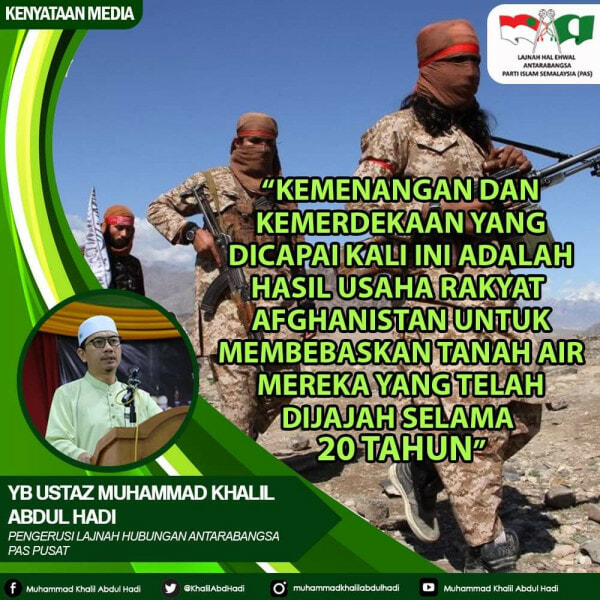 “The Central PAS International Affairs and External Relations Committee congratulates the people and the new Taliban-led government of Afghanistan for successfully achieving victory for their homeland from the clutches of inhumane colonialism.”

He went on to share that the actions of the Taliban were the result of an effort by all Afghans.

“The victory and ‘independence’ achieved this time, is the result of the efforts of all Afghans in an effort to liberate their homeland which for 20 years has been colonised and invaded without mercy and humanity to the point of almost destroying Afghanistan,” he added. 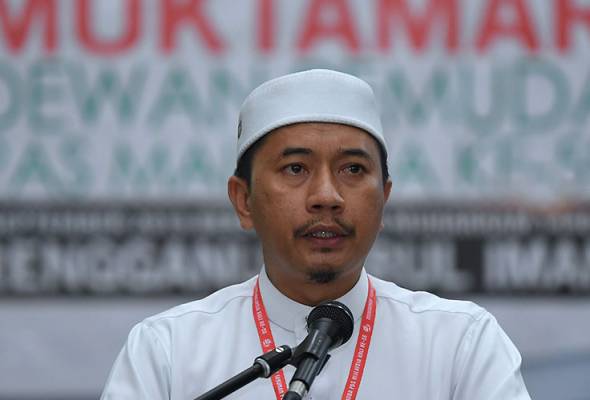 Muhammad Khalil also hopes that all parties can work together to achieve a peaceful Afghanistan.

“With this victory, it is hoped that all stakeholders will work together and reach an agreement to make peace and work to redevelop and put Afghanistan back on track,”

“May the new government of Afghanistan and its people will be united and work together to develop Afghanistan and achieve prosperity, peace and progress in the future based on Syariah and comprehensive Islamic values as well as receive grace, blessings and the help of Allah SWT. Islam strengthens unity,” he added.

Also read: 640 Afghan Refugees Cramp Into US Military Plane Out Of Desperation To Escape Taliban 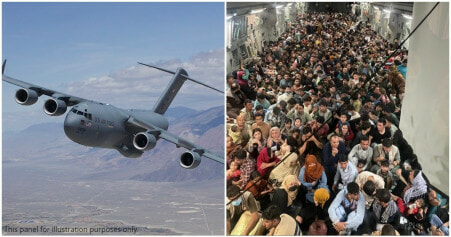