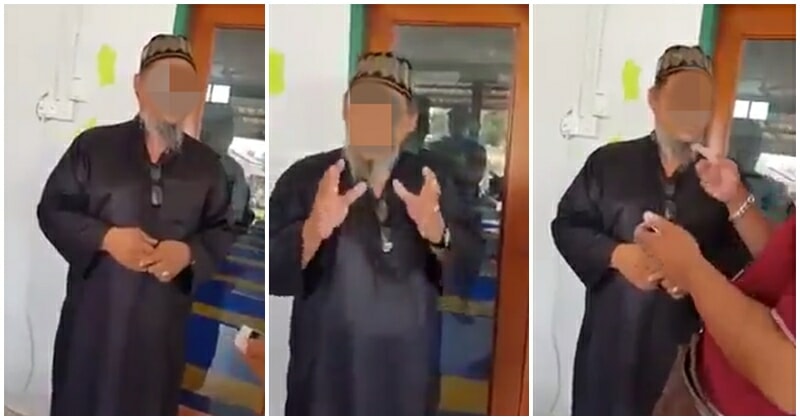 A group of parents are alleging that a religious teacher has been abusing their children. This is quite distressing indeed.

A two-minute video has surfaced showing an exchange between the teacher (dressed in black) and a parent (dressed in maroon).

In the video, a parent who was frustrated at the incident that took place said, “I send my child to you with high hopes. I cry every night missing my child.”

The parent also referred to pictures saved on his phone to show proof of the teachers’ misconduct.

In the video making it's way through WA, a group of parents confronted a tahfiz (Tahfiz Al Walid, Kuantan, Pahang) teacher who allegedly:
– kissed the student on the lip (wtf?)
– ask them to massage him, and beat them up if they do it wrong
– abusing the student etc pic.twitter.com/FSw3CZvjSt

In his tweet the netizen wrote, “A tahfiz teacher allegedly kissed the student on the lips, ask them to massage him and would beat them up if they do it wrongly, abusing the student, etc.” 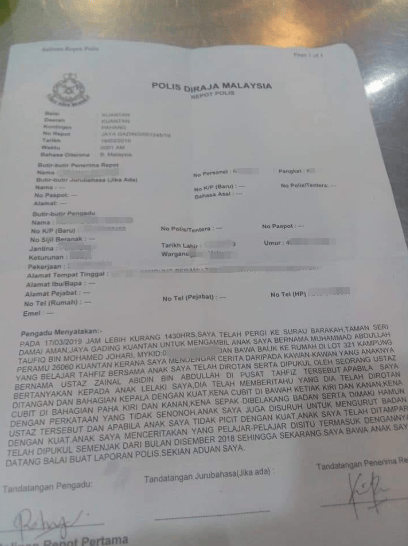 In the police report, the parent outlined the abuse faced by her child including being caned with extreme force in the head, kicked in the back, hurled obscenities, forced to give massages and faced retaliation if not done right.

What kind of teacher is this?

The tweet which has garnered 2.4k retweets and 1.2k likes, with netizens hurling much hate towards the establishment.

One netizen called for the Sultans of other states to emulate the move made by the Selangor Sultan, who shut down all illegal tahfiz schools.

Another empathised with the parents over the issue.

“I pity the father when he said “I send my child with high hopes, and every night I sleep missing my child” how distraught he must be to know that his child is treated as such.”

The abuse of children by adults who are supposed to be caring for them in the first place should stop!

As a community, we need to find a way to stop these horrendous acts from destroying the future of these innocent kids. Got ideas? Share with us what you think in the comments section!