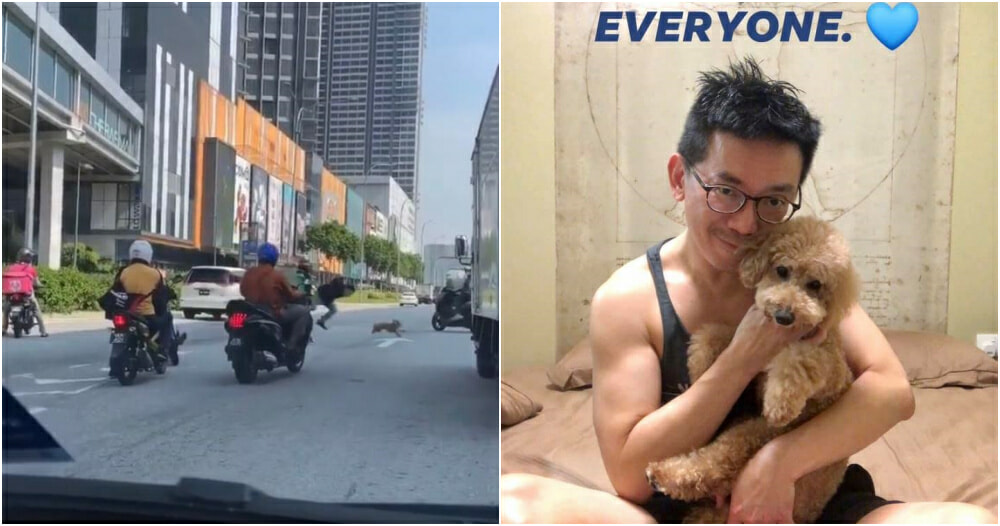 Recently, a video of a poodle running on a highway in front of EkoCheras shopping mall went viral.

The video touched the hearts of many as several Malaysian road users tried their level best to rescue the doggo by slowing down vehicles and dangerously running around attempting to catch hold of the doggo.

However, there is more to this story!

Speaking to WORLD OF BUZZ, Steven Chong, the owner of the poodle, Dafi explained that the video made his heart stop. According to Steven, he had no idea his Dafi was loose on the streets as he had sent her to a pet boarding place.

“I placed my dog at the boarding place at “Petsway” Taman Segar because I went outstation for work, on 13 April. I was then informed on 15 April that they lost my dog because they accidentally left the door opened and my dog ran out,” he said on his Facebook. 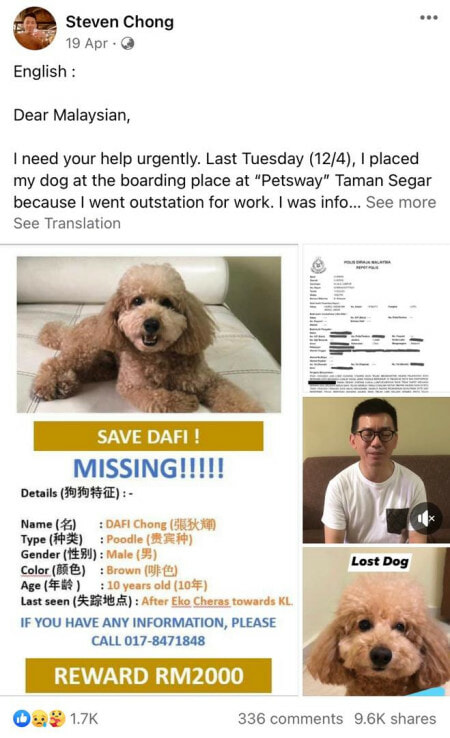 He then later received the horrifying video of his Dafi running on a highway.

“I received this short video from Rosalynn this late afternoon. It breaks my heart seeing Dafi running in the street feeling scared and probably looking for me. I really teared up. It’s been 10 days since Dafi has gone missing. Whoever has picked up my Dafi, could you return him to me, please?”

But, because he did not receive any call or report, he made a cover report in the hopes of finding the good samaritan who saved Dafi. 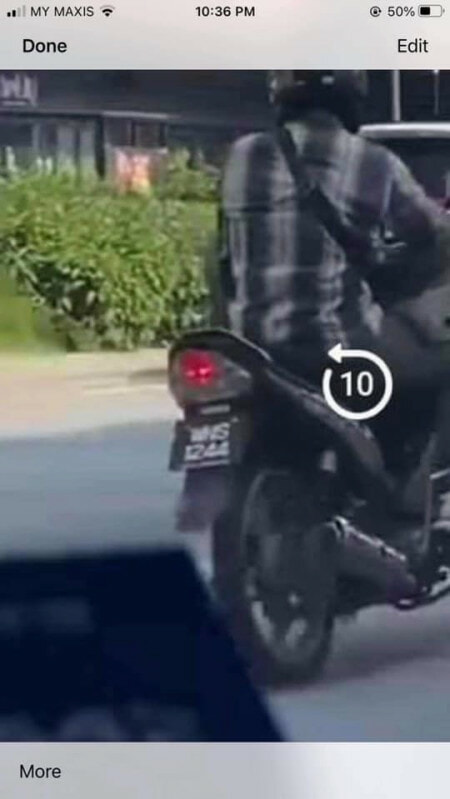 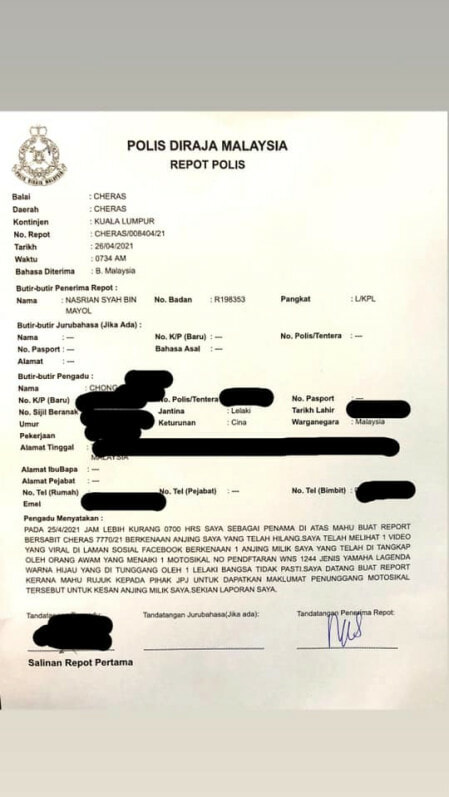 However, Steven told WORLD OF BUZZ he was actually mistaken.

“WNS 1244 is actually registered under Mr. Chan. I went to his house. He told me he was one of the motorist who tried to rescue the dog but didn’t manage to.

After meeting Mr. Chan, on my way back to KL, that’s when I received Mr Siva’s call.” 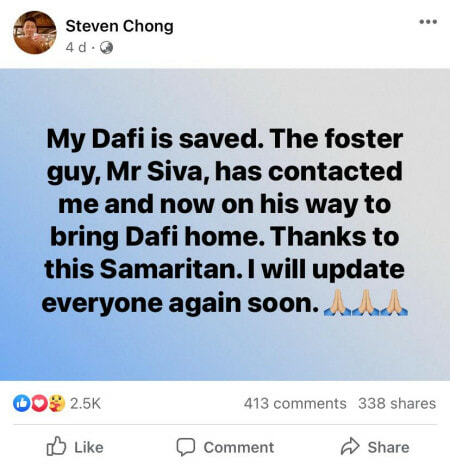 According to Steven, he knew Mr Siva has his Dafi but thought that he was the motorist with the number plate WNS 1244.

“Because Mr Siva rescued my dog, he went to Pets Fairyland Pet store to buy a bowl, a pet chain and a packet of dog food.

The owner of the pet store contacted me on the night of 15 April, while I was searching around the neighbourhood. She told me an Indian guy came in to the shop claiming he rescued a dog on the main highway”.

After almost 2 weeks of being missing, Dafi was safely brought home by Mr Siva.

When asked whether the pet boarding place rewarded Mr. Siva, Steven said no.

“I paid Mr. Siva myself. I just want to bring home my Dafi regardless of whether they kept their promise or not,” he said.

Steven took to his Facebook sharing the good news.

“I met Mr. Siva at 6.30pm and brought Dafi home. He’s still in shock and looks quiet, not as jumpy as he used to be. I will make a video during the next one or two days cos I have people that I need to thank.

Your messages/text/phone calls are overwhelming. Your insatiable love towards Dafi and me are overflowing. I am so grateful to everyone of you who has been trying to help and I couldn’t thank you enough. Bless all of you, my fellow Malaysians,” he wrote in his post. 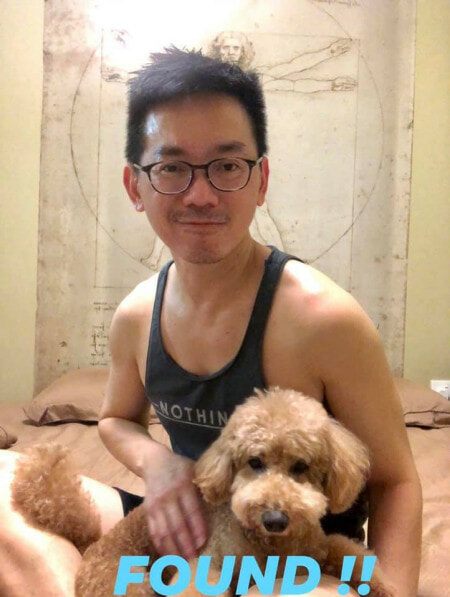 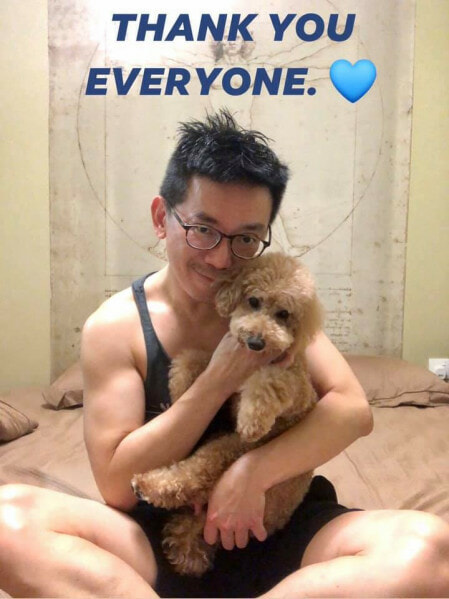 His post has received over 1,400 shares, 6,300 likes and 630 comments, all of which netizens expressed their relief too! 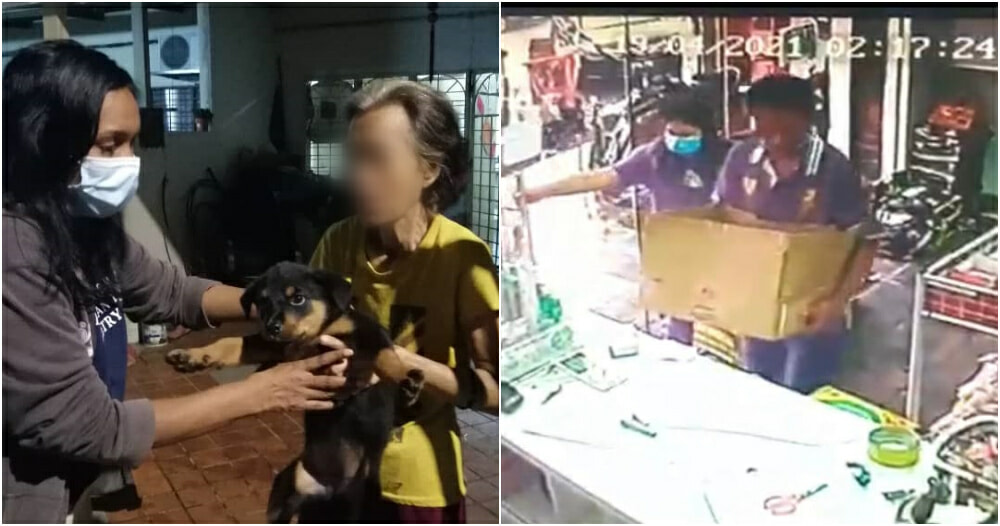