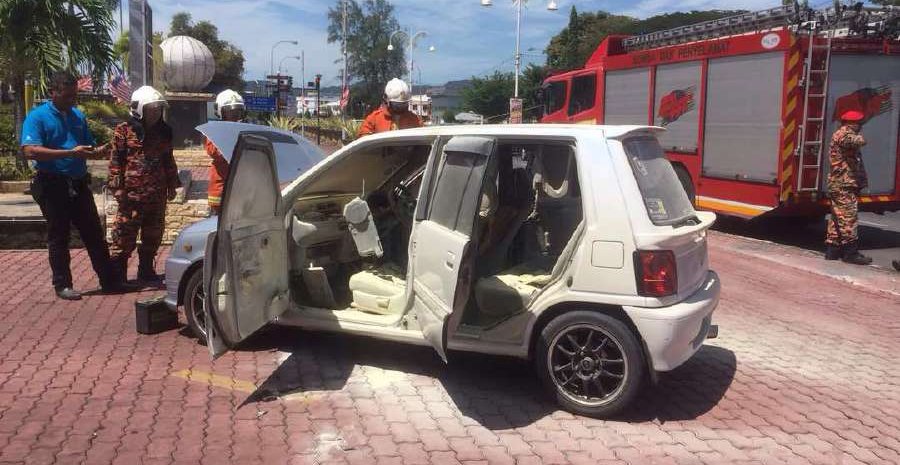 Literally almost everyone owns a power bank these days as we use our smartphones for so many things that the battery depletes really quickly. Just a note of caution though, if you own one, don’t keep it in your car for too long okay? Otherwise, it may cause some real damage to your car! 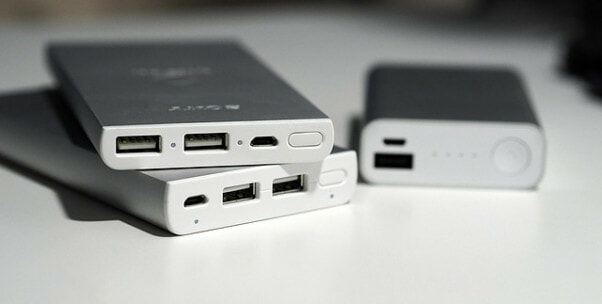 According to NST, a Perodua Kancil caught on fire yesterday around the Persiaran Jubli Emas shoplots, Perlis which was allegedly caused by an overheated power bank. One of the passersby who saw the incident said, “I was passing by the parking lot when I saw thick smoke in the car. When I peeked into the car, I saw a power bank on the front passenger seat on fire.”

He quickly raise the alarm and luckily several helpful passersby helped to put out the fire before it got too serious. They gathered around the car and managed to splash water in through a small opening by the window and douse the fire. 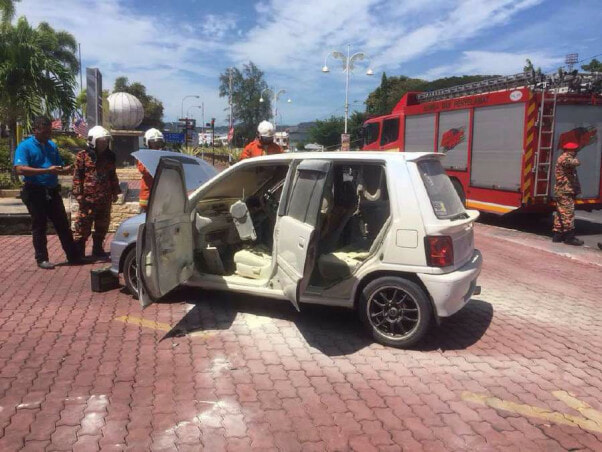 They had notified the Fire and Rescue Department at around 11.53am but when the team arrived at the scene, the fire was already put out thanks to the quick actions of the brave passersby. Whew, crisis averted!

Perlis Fire and Rescue Department assistant director (Operation) Muhamad Firdaus Yusop said, “Checks showed that only 10 per cent of the car was damaged by in the fire and the cause of the fire is still under investigation.” 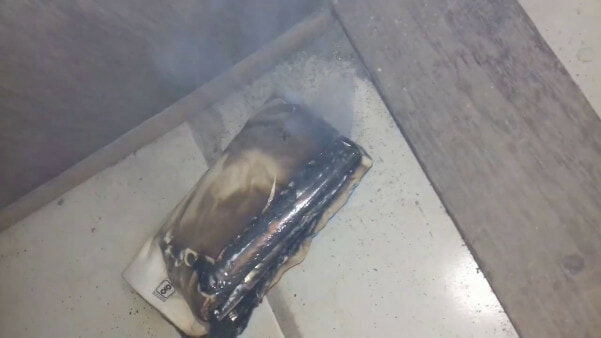 With our hot tropical sun beating down mercilessly especially in the afternoon, it is always better to be safe than sorry, people. Even you feel hot when you step into the oven-like car, right? Remember to keep your power banks safe!

This is also not the first time a power bank is believed to have caused a fire!

Also read: Malaysian’s Car Caught On Fire After He Left Power Bank Inside 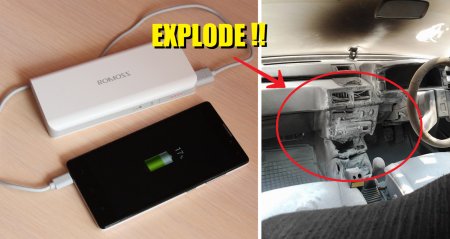