If you are sexually active and not practicing safe sex then you should be careful. That’s because gonorrhoea, a sexually transmitted infection (STI), is on the rise and the World Health Organisation (WHO) is worried about this phenomenon.

They explained that condom use is declining and this has ‘helped’ in assisting the bacteria to spread around the world.

Source: We Heart It

According to BBC, unprotected oral sex is accelerating this infection and WHO has warned that gonorrhoea is getting more difficult to treat due to its increasing resistance to antibiotics. Medical experts said that there are not enough new drugs to help treat gonorrhoea and the situation is “fairly grim”.

This STI is getting more prevalent as they estimate that approximately 78 million people contract gonorrhoea every year which can result in detrimental consequences, namely infertility, pelvic inflammatory disease or even passed on to a fetus during pregnancy. Now that’s really scary!

After analysing data from 77 countries, WHO said that gonorrhoea is getting smarter and is resistant against most antibiotics. In fact, Dr Teodora Wi from WHO adds that in Japan, France and Spain, there have been three reported cases where gonorrhoea was completely untreatable. Yes, no cure!!

She said, “Gonorrhoea is a very smart bug, every time you introduce a new class of antibiotics to treat gonorrhoea, the bug becomes resistant.”

Basically, it can infect your genitals, rectum and throat but it is the throat infection that is the most worrying to medical personnel.

Dr Wi said, “When you use antibiotics to treat infections like a normal sore throat, this mixes with the Neisseria species in your throat and this results in resistance.”

This results in a strain of super-gonorrhoea, people!

“In the US, resistance [to an antibiotic] came from men having sex with men because of pharyngeal infection,” she added. Noticeable symptoms of gonorrhoea include green or yellow discharge from genitals, pain when passing urine or even bleeding but many people show no signs of these symptoms if infected.

Dr Manica Balasegaram, from the Global Antibiotic Research and Development Partnership, said, “There are only three drug candidates in the entire drug [development] pipeline and no guarantee any will make it out.”

WHO adds that a vaccine would need to be developed to stop the spread of gonorrhoea because doctors are now using last resort drugs to treat this infection. Ultimately, you may not realise that you have this infection, so the best thing is still to get tested and seek treatment before the situation deteriorates. 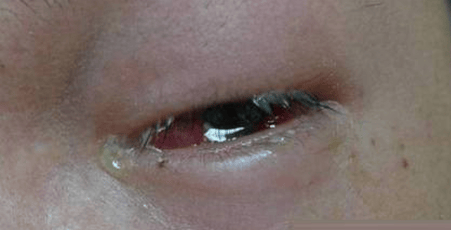