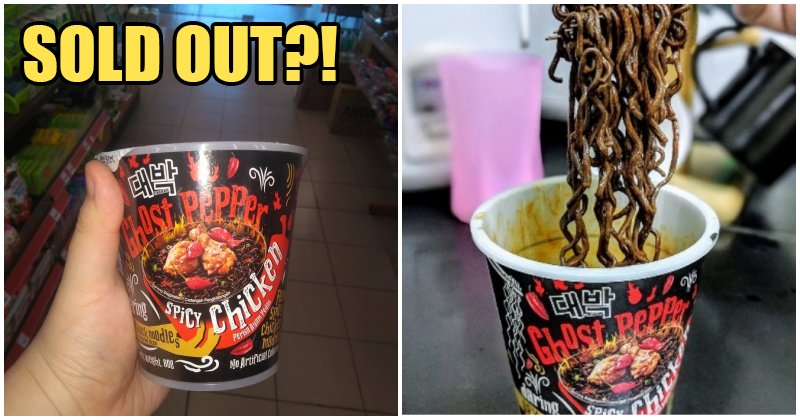 Mamee released their notorious Ghost Pepper Spicy Chicken cup noodles last month in March and since then, Malaysians nationwide have been taking up the #CanOrNotChallenge to prove that they can stand the heat. Though many ended up torturing their stomachs instead.

Just look at this guy! Yes, we made him do it in our video.

If you’ve not tasted it, let me tell you that It. Is. Not. A. Joke. Kinda. SPICY! Anyone who tried it would tell you the same.

However, a quick check around 7-Eleven stores and you’ll suddenly wonder… “WHERE IS THE GHOST PEPPER MAMEE DAEBAK?”

Yes, the popular Ghost Pepper Mamee is now SOLD OUT in almost all stores across the nation, particularly in Klang Valley.

WORLD OF BUZZ reached out to Mamee Shinsegae’s COO, Felix Pang to verify this sad news and here’s what he has to say,

“We’ve received reports that almost every 7-Eleven in the Klang Valley are already sold out.”

“We were caught by surprise by how Malaysians responded to it. At first we were not sure if Malaysians could handle it (the level of spice), but perhaps as Malaysians, we generally like the challenge and to challenge our friends, that’s why it’s sold out.”

We were so concerned that we couldn’t help but ask if they will be restocking their shelves as this IS a limited edition flavour. Felix tells us,

“Yes, there will be another round of restocking, but that’ll likely be the last batch. So look out for it!” 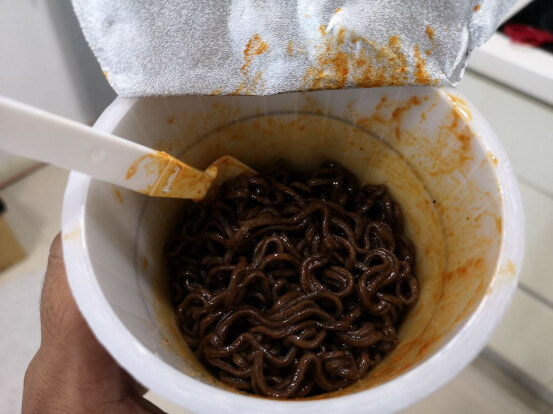 When asked if Mamee will be creating more of this in-demand super spicy product, Felix remains firm as Mamee has already promised us that this unique flavour is limited edition and will only be available till May 2019.

So guys, if you have yet to try it, be sure to keep your eyes peeled for the next batch. It may be our last! Also, try pleading Mamee lah that we want the Ghost Pepper Spicy Chicken cup noodles to be a permanent product! 😛

So what do you guys think? Should Mamee make this limited edition Ghost Pepper flavour permanent or nah?

Also read: Crazy SPICY Ghost Pepper Cup Noodles Are Available at 7-Eleven for RM5.80 and They Are Limited Edition! 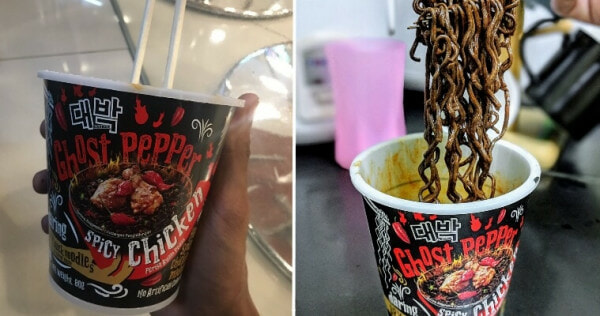