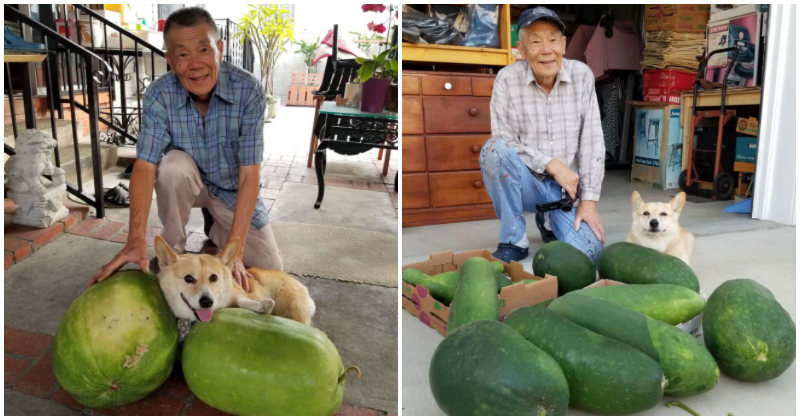 There’s one thing that our parents and grandparents are always truly proud of and no, it’s not us. World’s smallest violin plays.

They always boasting about the products of their green thumbs! Take it from me, my dad is more proud of his rambutan trees than my degree.

One grandfather managed to outshine all the proud parents out there because of how big his winter melons had turned out. He even used his Corgi, Edmund, for scale! Carolyn Betty Wike took to the popular Facebook group, Subtle Asian Traits to showcase her grandfather. 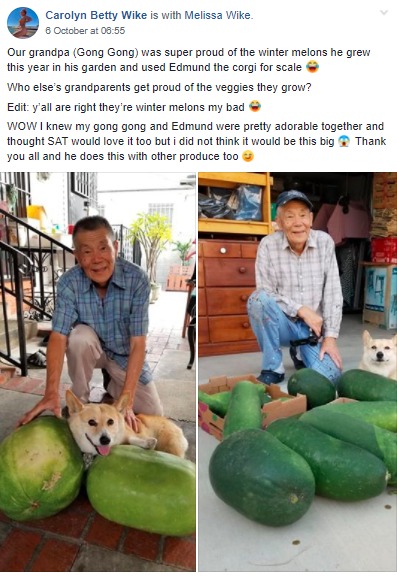 Carolyn wrote, “Our grandpa (Gong Gong – grandfather in Mandarin) was super proud of the winter melons he grew this year in his garden and used Edmund the Corgi for scale. Who else’s grandparents get proud of the veggies they grow?”

And that’s not the only time Carolyn’s Gong Gong has proudly shown off his produce!

As according to NextShark, he’s been gardening with his wife in their Los Angeles home for almost 50 years. 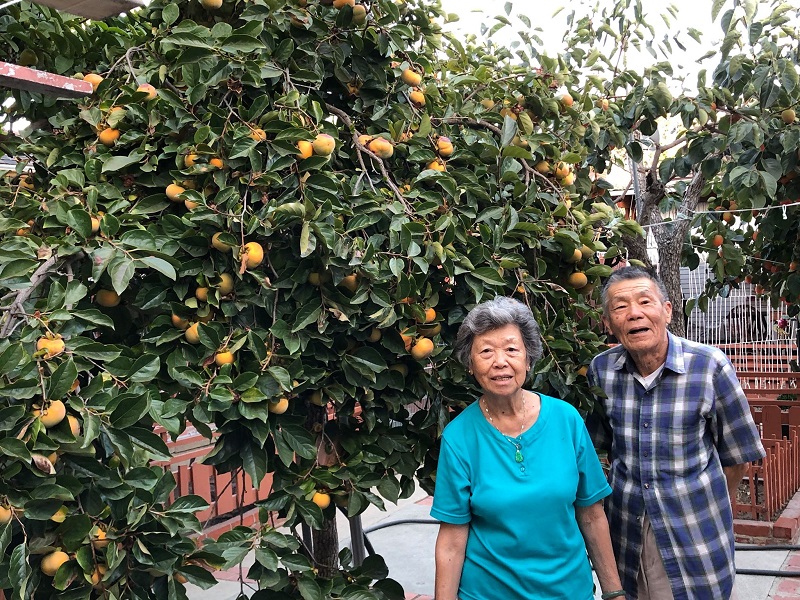 In fact, he’s so proud of his garden that he invites their neighbours over for tours! 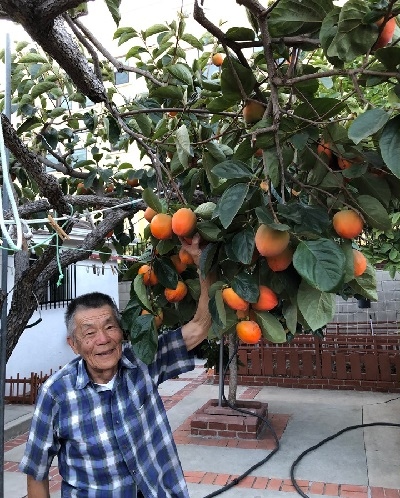 Being the nice, kind man that he is, he also shares his fruits with their neighbourhood. 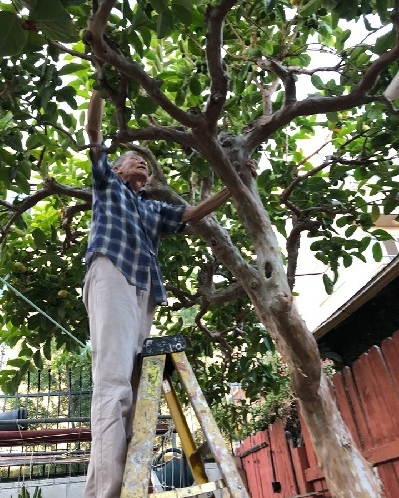 Carolyn’s adorable posting has since garnered up to 24,000 reactions and 2,700 comments.

It’s so refreshing to see such a happy man sharing the fruitful outcome of his years of loving labour.

Also read: M’sians on Twitter Come to the Rescue after Learning Nenek Fruit Seller Got Robbed 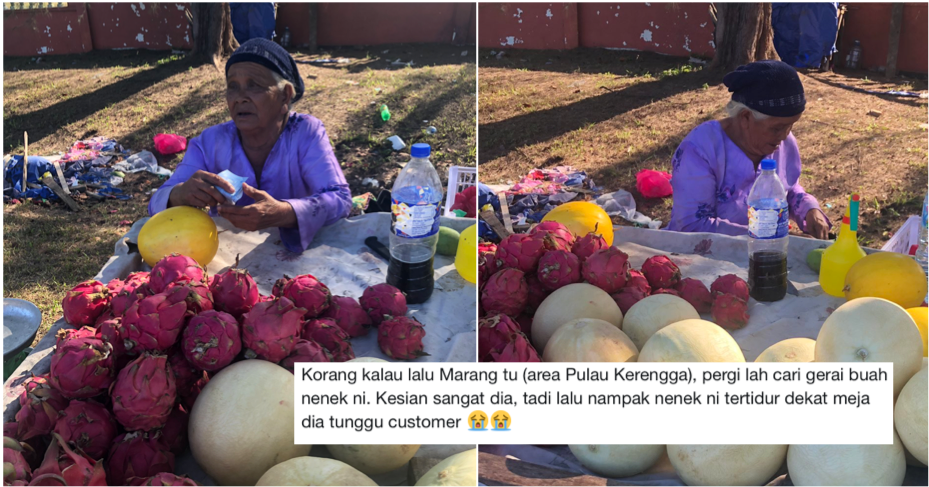