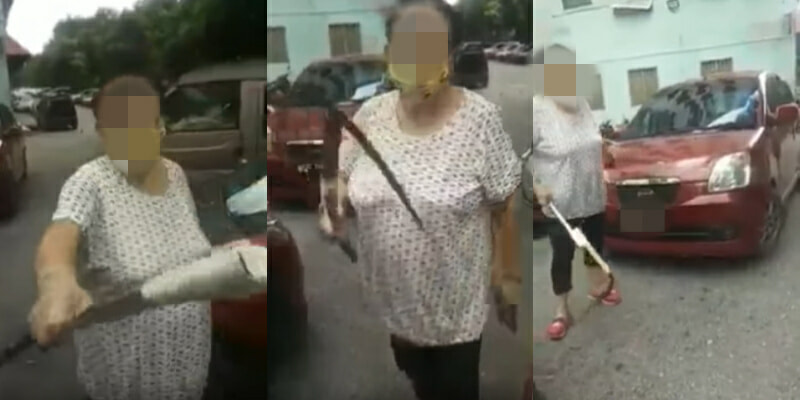 Taking place in Kajang, Selangor, an old lady took matters into her own hands by threatening a fellow road user with a sickle, after being told-off for driving against traffic.

The incident which took place at a housing area near Taman Bukit Segar was caught on tape and went viral on social media. Here is a video of the incident.

In the video, a man can be heard saying, “You are at fault, yet you are threatening people with a weapon.”

The lady later on showed her disability documentation, to which the man said, “Being a person with disabilities does not give you the right to wield a weapon at people.”

The matter has since been reported to the Kajang District Police.

According to the Assistant Commissioner Mohd Zaid Hassan, an incident involving a man and a 66-year-old woman was made.

“Early investigation has identified that the lady in question has received a telling-off by other road users in the area, stating that the lady has disrupted traffic and caused a congestion in the area.”

“The suspect got out of her vehicle, showed off her OKU card and brandished a walking staff that was attached to a sickle.”

The police has apprehended the suspect and will be investigated under Section 506 of the penal code.

Let’s not succumb to our inner demons, and let’s settle things like civilised human beings from now on, ok? 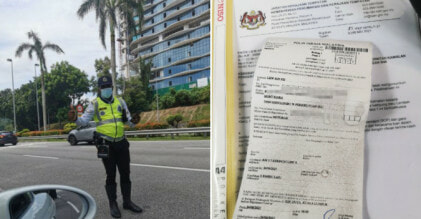