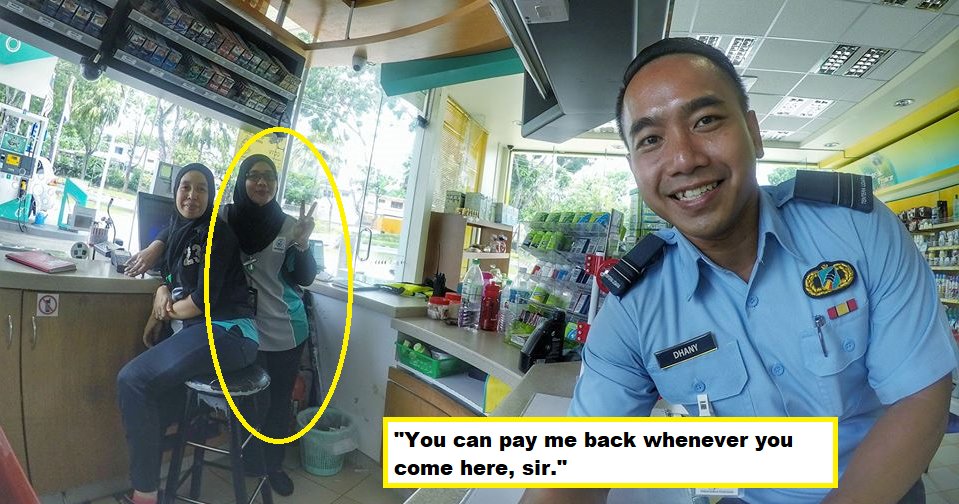 Doing a good deed is usually pretty simple; we only need to open up our hearts and mind. However, due to dishonesty, Malaysians have become quite closed off from the thought of being a little bit more selfless.

Many people have been tricked, lied to, and scammed by irresponsible people. Hence, we’ve become a society that seems selfish but are actually just people trying to protect ourselves.

Well, as cold as many people are these days, we’ve still got some super kind Malaysians around. An example of one of the most selfless person today is Asmah from Labuan.

Shany Sarip decided to share on Facebook about an incident that ultimately touched his heart. On September 19, 2017, he shared how he met Asmah.

“This morning I was driving to work at TUDM Bukit Kubong Complex. My car’s petrol was at the ‘critical’ stage, my petrol lights were blinking, thus informing me to fill it up. The plan was to stop by Petronas up ahead.”

Since he had very little cash on him, Dhany decided to use his credit card instead. He went up to the counter where Asmah was working and gave her the card.

Unfortunately, the credit card system was offline that day. Oh no!

When Dhany counted his cash, he had only RM3 with him. Out of nowhere, Asmah said,

“It’s OK. Let me pay using my own money first.”

Dhany was surprised but felt a pang of guilt as well as some suspicion.

“She doesn’t know me and I don’t know her,” he thought.

With a graceful smile, Asmah continued,

“You can pay me back whenever you come here, sir.”

Due to the fact that Dhany was rushing to work and was desperate to fill his car up, he just nodded, still in shock. The bill came up to RM30. Dhany thanked Asmah and promised to pay her back as soon as possible.

As he continued his journey to his office, his mind was filled with so many thoughts.

“How generous of Asmah who was so ready to share her own money when she didn’t even know me. What if I was dishonest and didn’t repay the money she has lent me? I was so touched!

“Asmah truly opened my eyes to the importance of helping others who are in need, regardless of the risk of getting tricked and scammed. Her level of willingness to help is so high!”

Of course, Dhany didn’t discount the fact that Labuan is such a small island that almost anyone would know anyone over there. Plus, there isn’t anywhere far that they could run to.

Nevertheless, it was Asmah’s willingness and selflessness that truly impressed Dhany.

“We are not family, relatives, friends, or even neighbours. Surely many people would have hesitated to help, what more when it comes to money matters.”

After working in Labuan for a year and a half, Dhany, who hails from Pahang, has come to realise that the community on the island is truly heartwarming. The people are always ready to help one another.

“To Asmah, I profusely thank you. I pray that you will become succesful in life. Asmah’s employer should give her an appreciation gift because of her great values and ethics.

“She was calm in handling the situation; she was so ready to help and her smile never faded!” 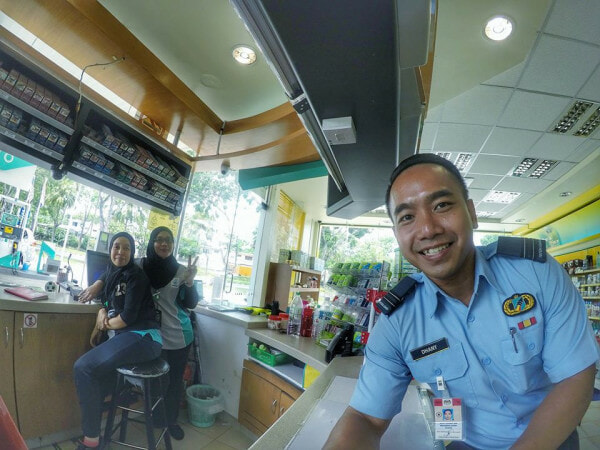 Asmah is the lady with the glasses posing with a peace sign. | Source: Dhany Sarip

Indeed, how often do we see such noble people anymore. Have you done anything nice today? Even small gestures such as holding the door for people is something amazing.

Also, if you worry about those unappreciative ones who can’t even utter a simple ‘thanks’, don’t worry. What you did was good and you could just touch someone and inspire them to be nicer.

Also read: 24 Years After Graduating, Man Thanks School Teachers by Sending Them on Holiday 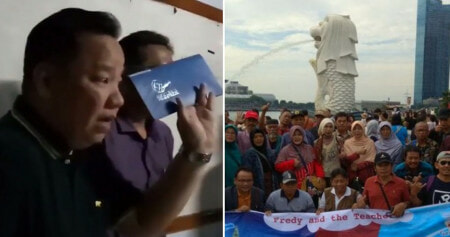