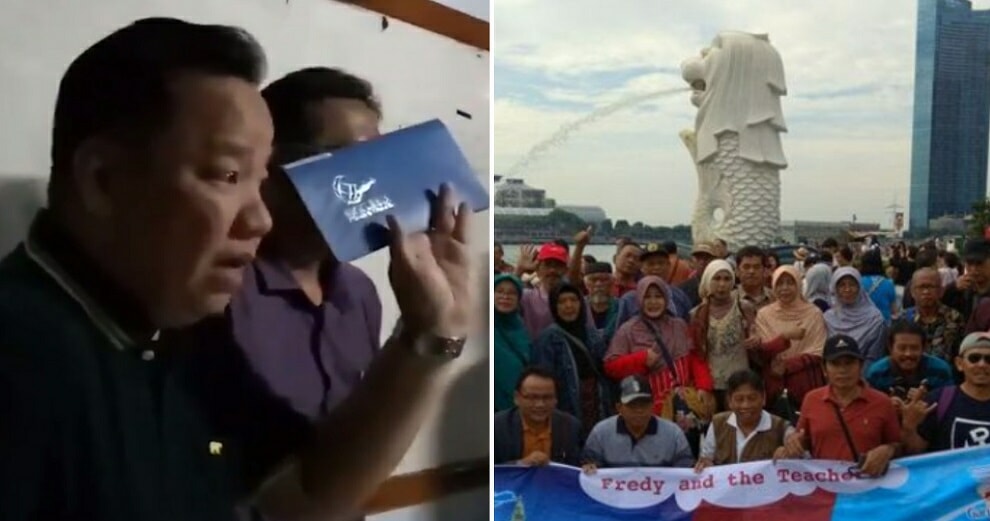 No matter where you’re from, secondary school always leaves a lasting impression on everyone during their formative years. If you’re extremely lucky, you would have had some amazing teachers who helped shape you to be the individual that you are today.

We’re definitely thankful for the amazing teachers we’ve had, and to this day, we still have no idea what to do to show just how much we’re thankful for them. However, this man from Indonesia recently found one incredible way to thank his teachers!

In 1993, Fredy graduated from secondary school and has since never forgotten about his teachers. He had always wanted to give a grand gesture of thanks to his teachers ever since he was a secondary school student. When he was still in school, he once met with a bad accident that landed him in a coma. While he was comatose, he said that he had a dream about all of his teachers visiting him in the hospital.

Thankfully, he completely recovered from that traumatic incident. Now, 24 years later, he found a lot of success in the fibre optic cable industry and decided to return to his former school and thank his former teachers like he had always wanted to.

According to Kompas, Fredy decided to show his thanks by inviting all his former teachers on a trip to Europe!

“At first I thought this kid was just joking,” said the school’s principal.

However, after talking to his teachers following his announcement, they suggested to go somewhere nearby instead since most of them were elderly and retired.

So, to cater to his teachers’ wishes, Fredy instead decided to send 65 of his former teachers over to Malaysia and Singapore, covering all travel costs, even for those who needed to apply for passports! 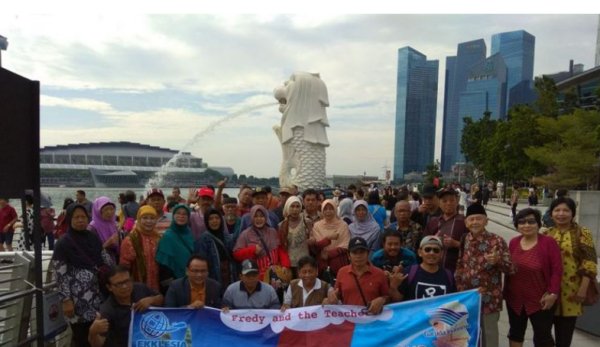 Fredy unfortunately couldn’t join them on the holiday, but made sure that all of them were comfortable and had the best service during their holiday.

His teachers went on a five-day trip to the two countries on the 19th of September, and landed back in Indonesia on Sunday (24th September), and they clearly enjoyed themselves!

What a heartwarming story! People often take their teachers for granted, but forget that they were the ones who helped us find ourselves and grow into the adults that we are today! 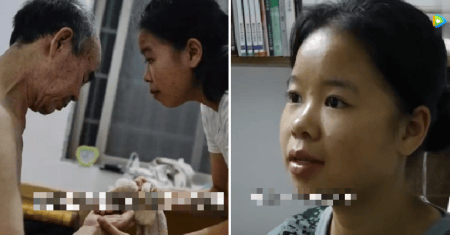