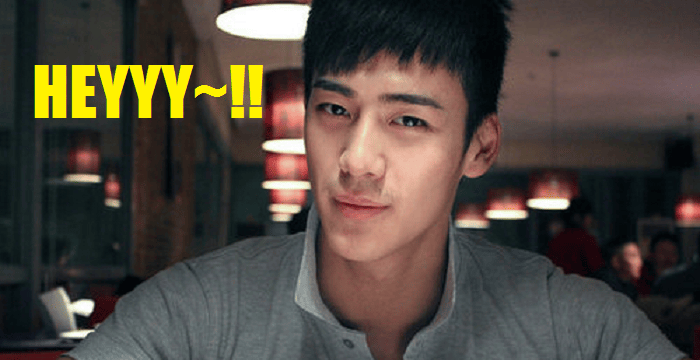 One thing that is for sure, the LGBT+ community is still quite a taboo topic in Malaysia. But one young Malaysian Deepan Kumar, definitely found Fly FM Breakfast Show’s content to be rather offensive. And he even recorded a clip of the radio show.

In the short recording, the DJs were discussing about women having few girlfriends but many gay friends. However, instead of using the term ‘gay’, the DJs used a different term.

In the recording, one of the DJs said,

“According to this article, a lot of beautiful girls, they always close friends who are guys but they are…’heyyy!'”

The ‘heyyy!’ was expressed in a high pitched tone which Deepan felt that it insinuated a stereotype that all gay men were effeminate (softies). Besides that, he also believed that they were implying that all women were the same.

Deepan, who is a staunch advocate for the LGBTQIA+ rights and gender equality, angrily went on and posted the recording onto Facebook with a rather colorful rant too.

“I love waking up in the morning and listening to radio announcers spew homophobic trash like this. It really makes my f*cking day.”

“What kind of f*cking stereotypical bullshit is this. Thanks Fly FM for being a great f*cking ally, using your airtime and influence to worsen stereotypes and alienate LGBT+ people. And don’t even get me started on the goddamn sexism. Quality content.”

Listen to the clip of Fly FM’s Breakfast Show here:

To clarify his anger, Deepan told World of Buzz that it is all about the generalization of certain groups of people.

“The fact that this was treated as a joke on a national radio station not only offends every effeminate man, gay or not, by ridiculing the suffering and discrimination they have suffered their whole lives, it also cements this idea that ridiculing gay men for their stereotypical traits is something that is acceptable and commonplace.”

Deepan mentioned that it was about the subtle sexism that takes place which is more harmful than explicit sexism.

“Arguably, casual sexism is what reinforces sexist people on a daily basis, because that’s the kind of sexism that never gets called out as often or given as much media exposure because you can always choose to not see this kind of sexism by brushing it off as humour.”

Although there were several people telling Deepan to calm down because it was ‘just a joke and people shouldn’t take that too seriously’, there were also many people who supported Deepan’s sentiments.

However, another Malaysian man, James*, told World of Buzz that he is homosexual but he didn’t agree with Deepan that it was insanely homophobic. He said,

“Honestly, I’m not offended at all and its just funny. Some people can’t take a joke.”

“If the callers that call in are being homophobic then it’s up to them as announcers to make the point that it’s not about bashing gay or effeminate men but instead really why girls sometimes prefer their company instead of other women.”

“The only part I’m really not okay with is the assumption that pretty girls hate other pretty girls insinuating that they’re all fake or whatnot. I still wouldn’t call it homophobic trash.”

Flyfm has since released a public apology about the incident:

They already apologised so no need to be so hard on them. Everyone makes mistakes right?

What did you think? Do you think people were being upset over nothing or should the show have been more careful with their words?

*The name was changed to protect the person’s identity