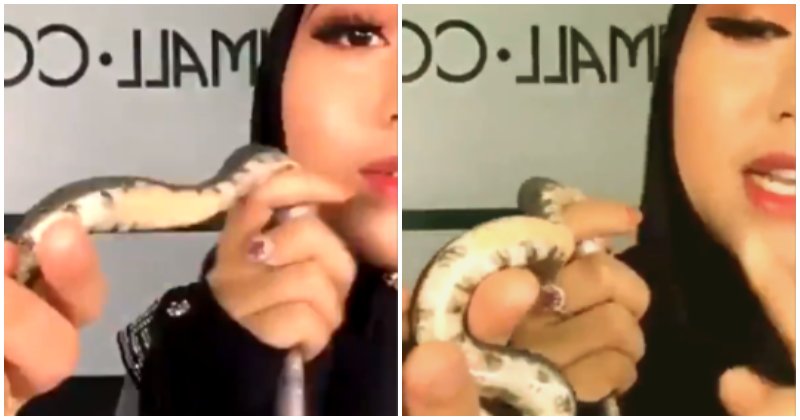 Malaysia is home to some really high quality yet affordable make up brands, which makes the industry a very competitive one. Hence, these brands have to think outside the box in order to rise above the rest and attract customers to purchase their products.

Unfortunately for one Malaysian brand though, one of their distributors made a grave mistake by taking their product review way too far.

Netizen Shaf (@shafieqashmhdn_) shared in a now viral Twitter post about a Shah Alam based make up portal and distributor that recently conducted a Facebook Live video in which one of their make up artists decided that she wanted to show the full strength of a certain Malaysian brand’s foundation.

How did she decide to do it? By showing that the foundation can cover up the scales on a snake.

Yeap, you heard me. She held a small snake while dabbing foundation on its underbelly to show how the product not only can cover up the snake’s scales but also its markings. The lady in the video can be heard saying, “As you can see, the coverage of the foundation can even cover up the markings, can you see the coverage?”

Shaf captioned the video with, “Why would you put foundation on a snake, that poor snake,” before also pointing out that the make up brand is not at fault, but the promoter is.

Netizens have since been in an uproar over the incident, calling it a publicity stunt while expressing their desire for justice to be served against the lady in the video.

Other netizens also pointed out the fact that foundation made for human skin should have nothing to do with snakes, hence testing the product on a snake made the entire review completely redundant.

This comment reads, “What is the whole point of putting foundation on the snake’s scales? Is it the same as human skin?”

This comment asks, “What level of stupidity is this? It’s not like snakes are going to rush to stores to buy the product. Test the product on human skin, not animals!”

But it gets worse, as it turns out one of the product’s stockists, who only wanted to be known as Kak Yui, spoke to MStar regarding how the video came to be. She also emphasised that she doesn’t think the video showcases any aspects of animal abuse.

“By chance, the lady in the video had found a snake that very day and decided to test the products on it. Hence, having the snake in the video was not planned. I believe that it is not abuse as we only tested the product on the snake’s body. Hence no discomfort or harm came to the snake.”

We’re still waiting for hear if any action has been taken against the lady in the video.

Shaf’s posting has since garnered over 9,500 retweets.

Can someone please tell Kak Yui that testing a product on an animals body is exactly what animal testing and abuse is.

Also read: Man Leaves Cats In Hot Cage to Kill Them and Then Asks Rescuers to Pay for the Cage 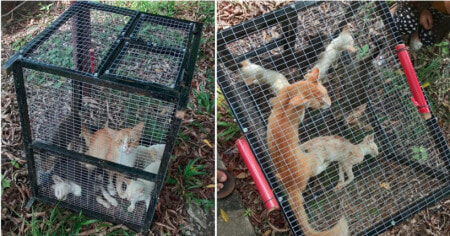