Well, looks like Lazada is on a roll. Not for positive reviews sadly, but for negative ones.

Following the recent case of a user’s account being scammed on the popular online marketplace, Lazada has found itself in hot soup once again after a surprising find by a netizen from his parcel.

A netizen shared his rather shocking discovery on Facebook on March 27. He had recently bought an air fryer by Khind via Lazada, and the seller even gifted him a ‘free gift’ for his purchase. Sounds like a good deal, right?

Well, these freebies were regrettably, not worth the hype though. Upon un-boxing the air fryer, the netizen actually found some cooked french fries in the rack! Yep, legit thin sliced potatoes fried to golden perfection.

When the netizen first contacted Lazada’s customer service department, they did not provide him an immediate response. Thankfully, Lazada got back to him later on and supposedly granted him a refund. In a now-deleted post, he wrote that he will remove the post once he gets the refund.

Despite the post being taken down, it garnered the attention of local netizens instantly, with most of them laughing at the ridiculous situation. Some also joked that perhaps the seller was worried if the netizen would be hungry, hence the free fries. But seriously, who sends cooked food in a parcel that takes days to arrive? #OnlyinMalaysia

Well guys, all I can say is, not all freebies are nice to receive!

Also read: Netizen Calls Out Lazada & Other Marketplaces For Allowing Apple Product Scams on Their Sites 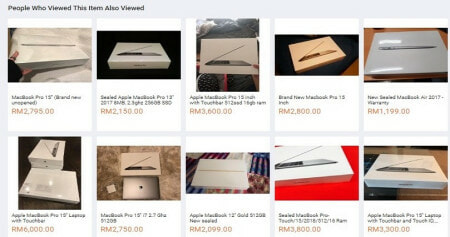