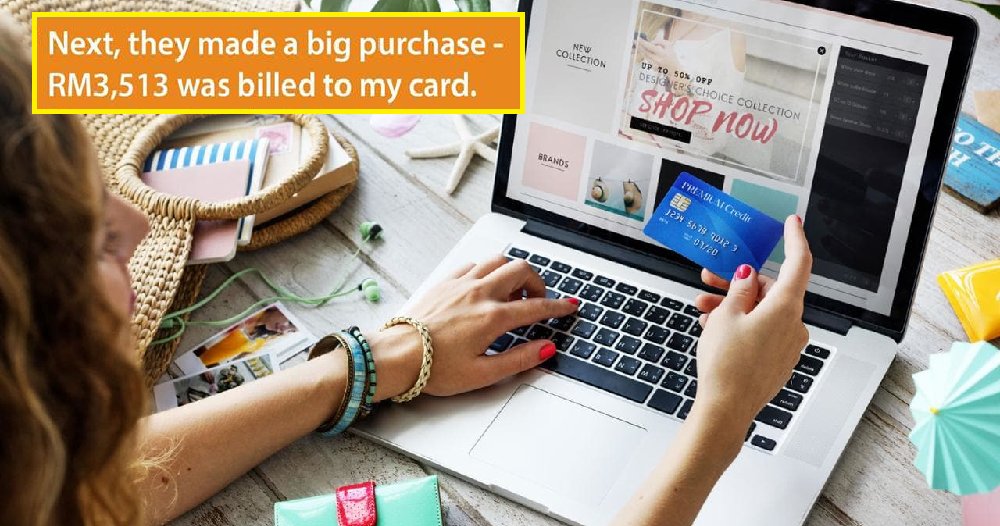 Shopping online has never been easier as we have so many different websites to shop from these days. However, this customer had a bad experience at a popular online marketplace in Malaysia where a scammer allegedly tried to defraud them of thousands of ringgits. 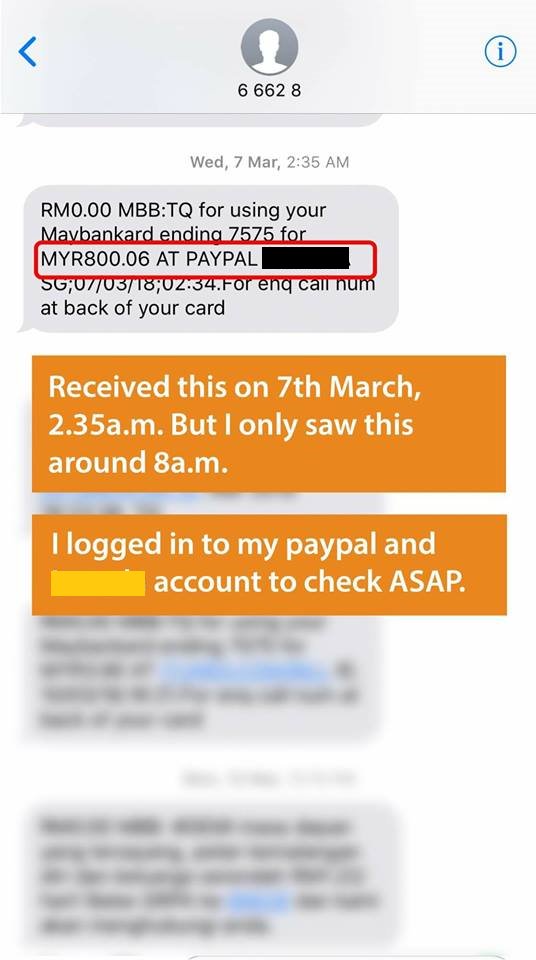 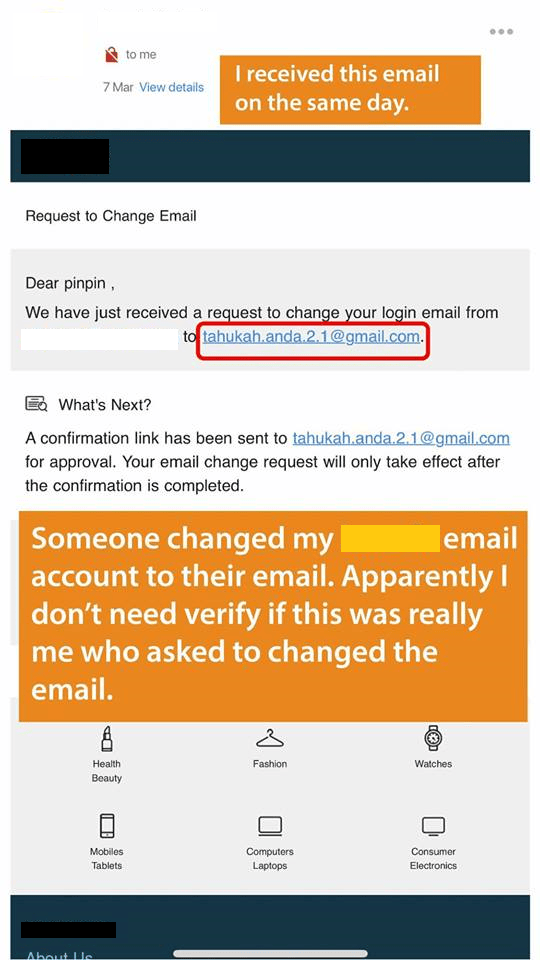 A Facebook page shared the user’s experience and warned others not to store their credit card information whenever they make any purchases online. The incident started on March 7, when the unidentified user received a message from Maybank that their card had been charged with over RM800 for a purchase at the marketplace.

Shocked, they rushed online to check their shopping account and was horrified to find that the email address for the account had been changed to an unknown email. The person said that the marketplace did not even ask for verification when the email address was changed but was only sent a notification email. Wah, how come? 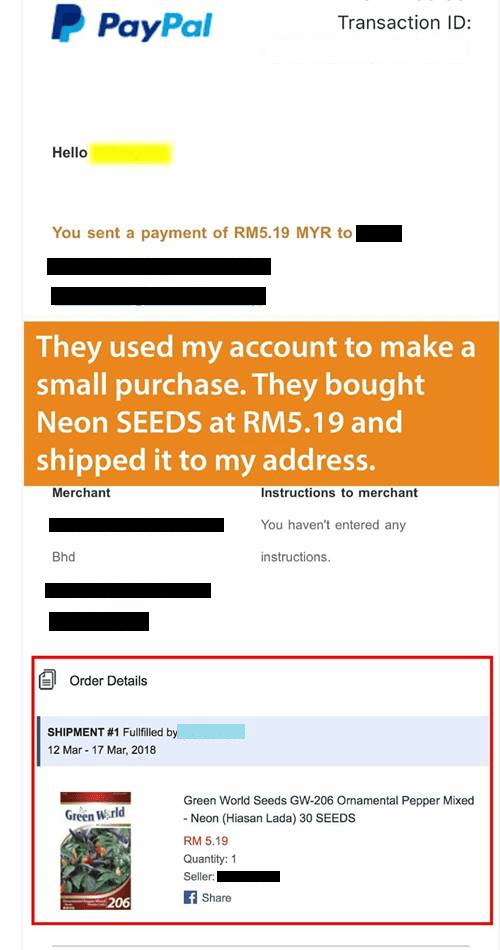 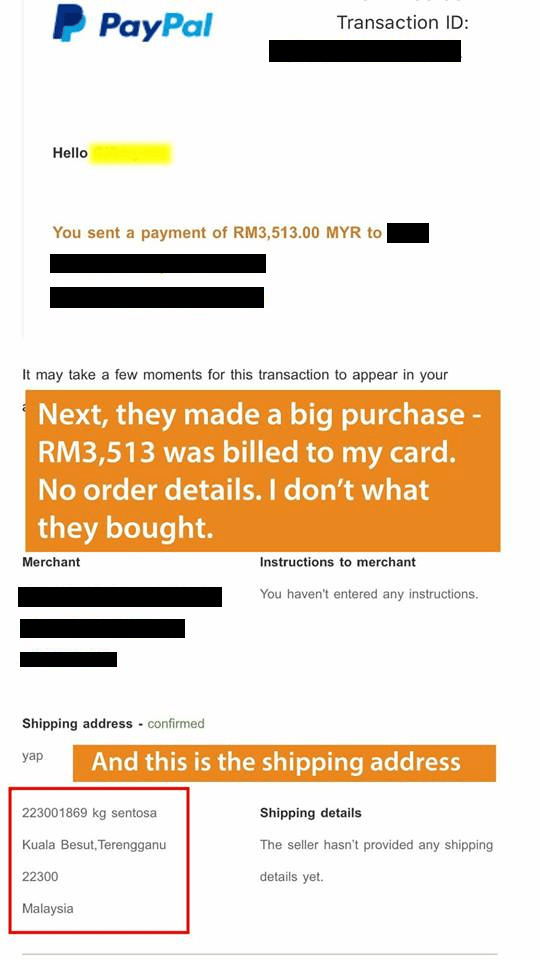 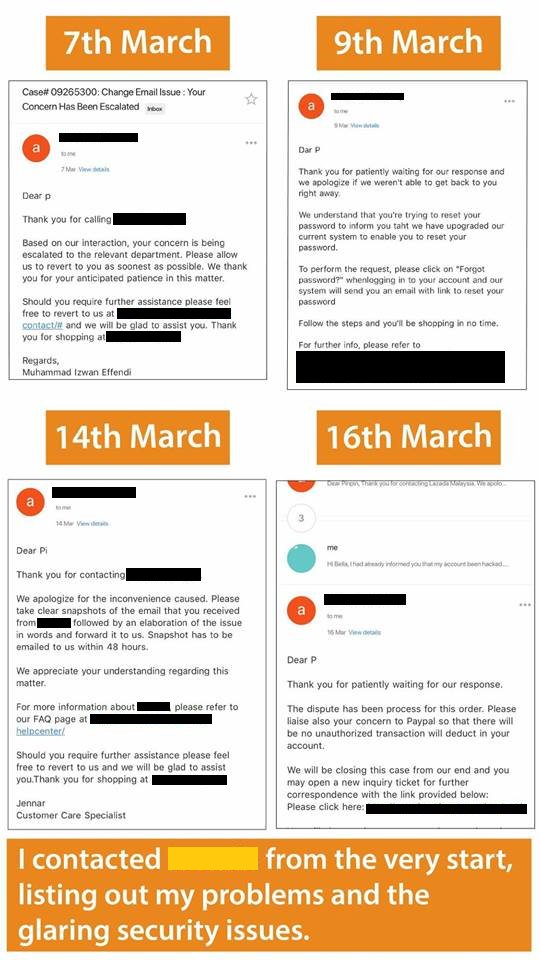 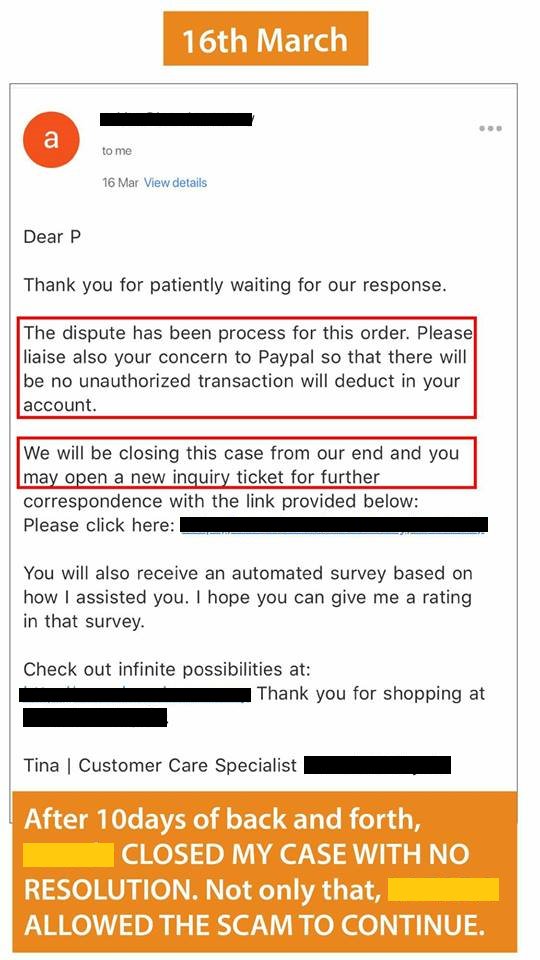 Following that incident, they also discovered that their account was used to purchase a small pack of vegetable seeds at first. However, the fraudster got more daring and made expensive purchases like a Sony Playstation 4 and even an Apple iPhone X. That’s a lot of money spent! Most of the items were sent to the same address in Kuala Besut, Terengganu, which is non-existent.

Panicked, the customer sent emails to the customer service staff at the online marketplace explaining their issue on March 7 itself but after much back and forth for 10 days, their case was closed. The customer complained that the website allowed the scam to continue, as there seems to be nothing done to flag or block their hacked user account. 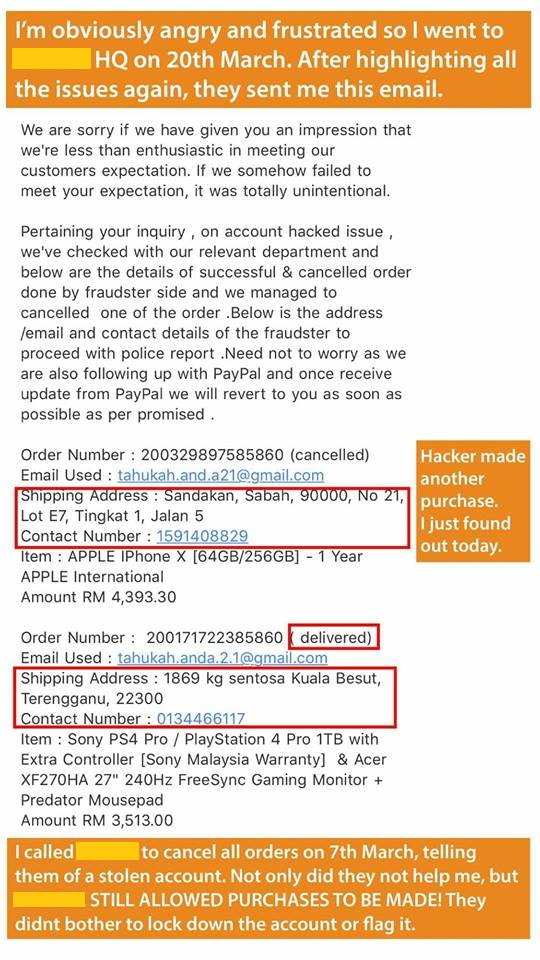 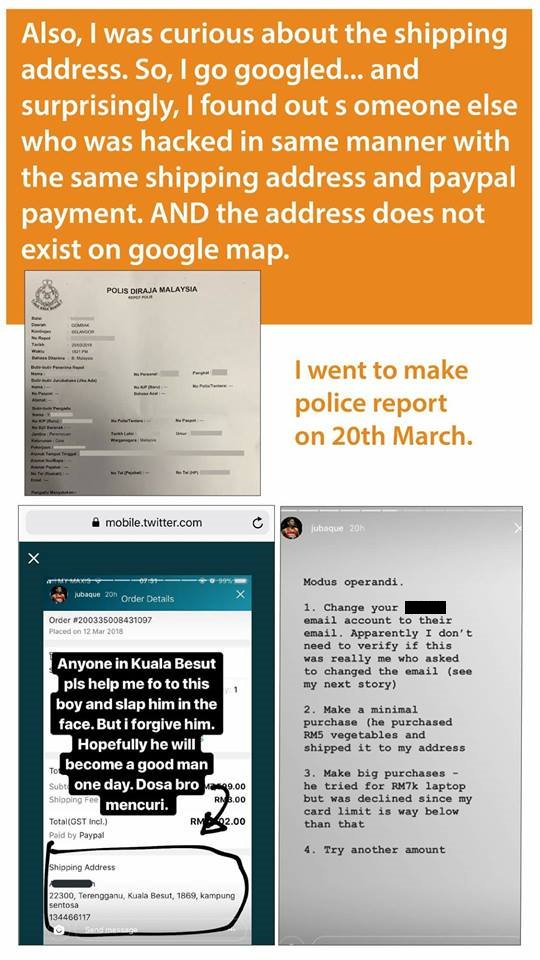 Frustrated, the user went to the marketplace’s headquarters to lodge another complaint and highlighted all their issues. That was when they found out that the scammer had made the purchase for the iPhone X, which they managed to cancel before it was sent to another address in Sabah.

After some Googling, they discovered that this was not the first time such a scam had happened as other users had also fallen victim to the same fraud case with the same shipping address. They have lodged a police report but the fraudster still seems to be at large. It is unclear whether the user managed to get back their money but they are warning people to be careful when storing any sensitive information on their laptops, phones and inside their user accounts.

Be careful when shopping online! 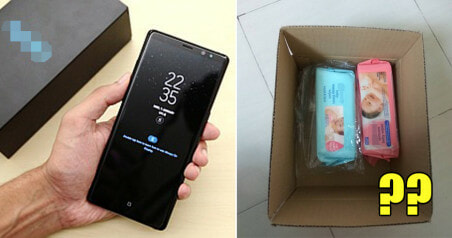