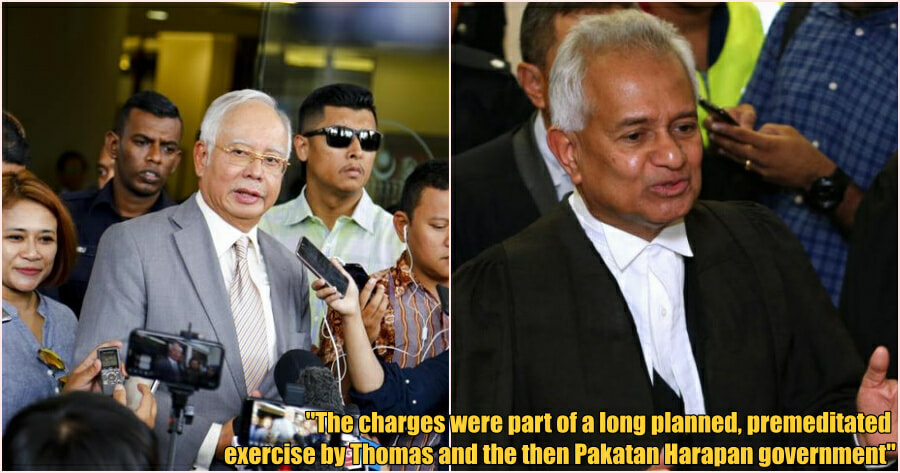 The 1MDB-linked cases involving former Prime Minister Datuk Seri Najib Razak has slowed down and even some of the assets that were allegedly part of the scandal have been returned to Najib.

However, it was recently reported that the former PM has filed a civil lawsuit against former attorney-general Tan Sri Tommy Thomas and the Malaysian government for having pressed 35 criminal charges against him in four different trials.

According to Berita Harian, Najib claims that then former AG had allegedly abused his powers to prosecute him. 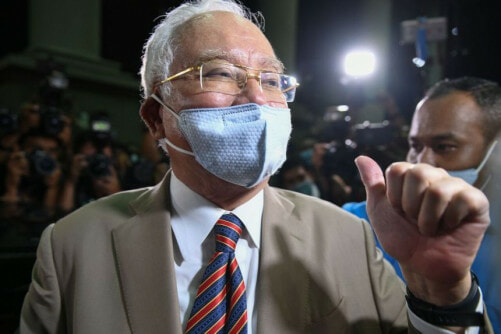 In the lawsuit filed on 22 October in the High Court in Kuala Lumpur, he is claiming for a declaration that Thomas had committed misfeasance in public office. Furthermore, he is requesting for RM1,941,988 (or RM1.9 million) to compensate himself for the alleged losses that he had suffered so far, general damages, exemplary damages and aggravated damages.

In the breakdown of the alleged RM1.9 million loss Najib has suffered so far, RM310,115 was for “medical expenses suffered due to anxiety and stress caused by the prosecutions”, RM1,005,200 for “consultation fees for audit team to perform documentation review in order to prepare the facts to face the prosecutions”, RM56,673 for “travel expenses from September 2018 to date incurred in relation to fighting the court charges”, RM90,000 for “wasted costs due to being unable to travel overseas due to the conditions of the bail imposed”, and RM480,000 for “engagement of other services, including security personnel and clerical staff in dealing with the charges”.

Najib alleged that the charges against him were part of a “long planned, premeditated exercise by Thomas” and the then Pakatan Harapan government.

“As attorney-general he carried out his duties, at least in relation to Najib, as if he were an agent of Pakatan Harapan. In fact, he would later go on to link Najib’s political party UMNO with Najib himself, the Malay race and a drive to Islamisation,” read the statement of claim. 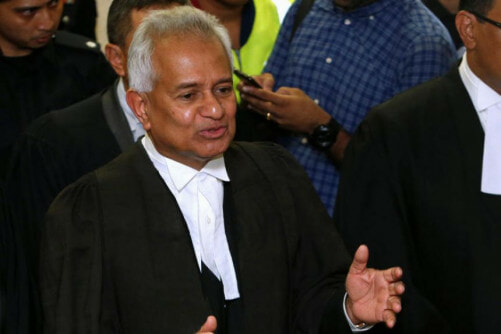 In claiming that Thomas committed misfeasance as attorney-general, Najib claimed that Thomas had allegedly abused his powers by allegedly prejudging his case before deciding to prosecute him, allegedly failing to study the case against him independently and objectively, allegedly interfering with investigations and allegedly acting maliciously and in bad faith.

Najib also claimed that Thomas was allegedly negligent and oppressive, and allegedly stated  that Thomas had breached his duty as a former attorney-general to not make sub judice comments that would influence and impact ongoing criminal trials.

Additionally, he claimed that he had lost his constitutional protection under the Federal Constitution’s Article 8, which provides for equality before the law and equal protection of the law, by Thomas’ actions, alleging that Thomas had allegedly discriminated against him by purportedly treating the allegations against him differently from other cases.

The four criminal cases which Najib is alleging to be wrongful prosecution are the trial where he is facing 21 money-laundering charges and four power abuse charges involving more than RM2 billion of 1MDB funds, his joint trial with former Treasury secretary-general Tan Sri Mohd Irwan Serigar Abdullah involving six criminal breach of trust charges over RM6.6 billion of government funds, a trial where he is facing one power abuse charge in relation to alleged instructions given to amend the Auditor-General’s 1MDB audit report before it was presented to Parliament’s Public Accounts Committee, and three money-laundering charges involving RM27 million of SRC funds. 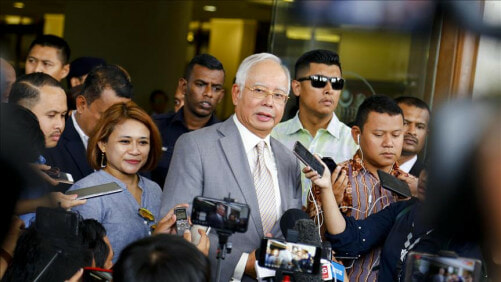 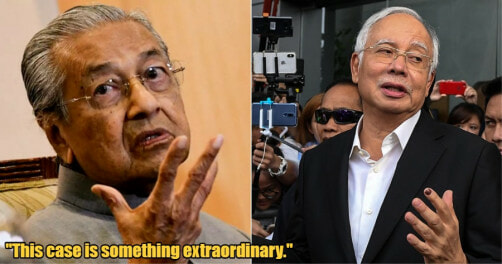