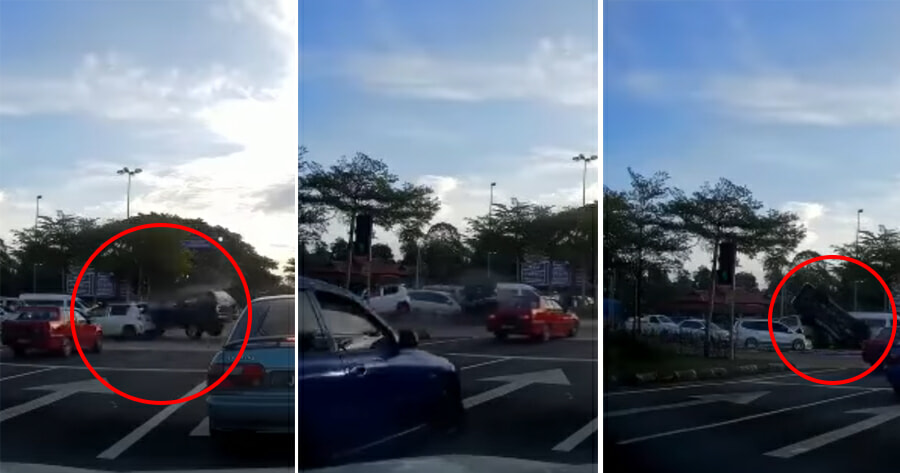 Disclaimer: This article contains images and videos that some might find distressing.

A 41-year-old woman died in an accident at the Jalan Temenggong Ahmad traffic light junction in Muar, Johor involving six vehicles at 7.46am on 25 April.

According to Muar District Police Chief, Assistant Commissioner Zaharudin Rasip, the victim who was identified as Norain Abu Samah died at the scene due to severe injuries on her limbs.

He added that Norain’s daughter, Nur Nabila Alisha Mohd Zalisham, 19, who was in the front passenger seat was also severely injured, while 14 other victims were not injured, reported Harian Metro. 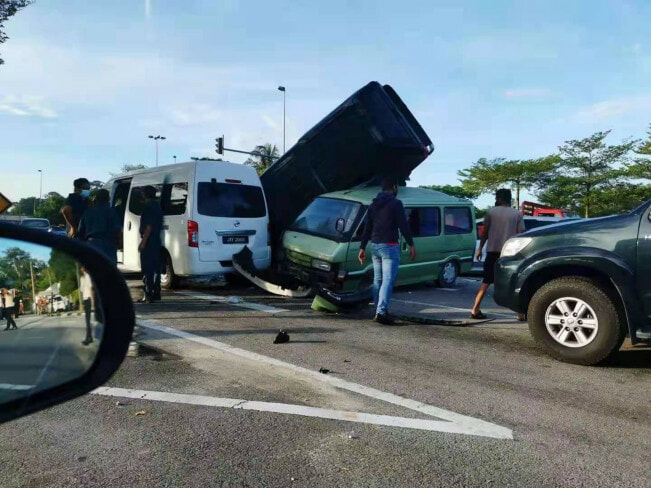 “Preliminary investigation found that the Toyota Hilux driven by Gui Chui, 69, from Parit Jawa towards the Muar town centre was driving at a high speed,” he said.

“He also did not stop at a red light before colliding with a Perodua Myvi car that started moving after the traffic light turned green.”

Zaharudin Rasip said that the Toyota Hilux then skidded and entered the opposite lane and collided with four other vehicles.

“Blood and urine samples of the Toyota Hilux driver were sent to the Chemistry Department for alcohol and drug screening,” he said.

“The case was then investigated in accordance with Section 41 (1) of the Road Transport Act 1987.”

Meanwhile, a spokesman from the Johor Fire and Rescue Department Operations Centre said 13 firefighters, an LFRT machine, an EMRS machine and two RIM units from the Muar Fire and Rescue Station (BBP) went to the scene after that to get information. 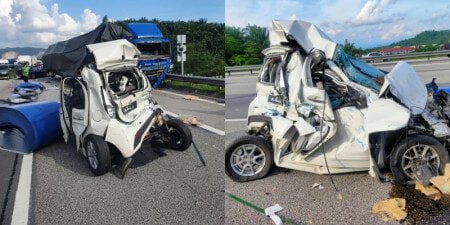