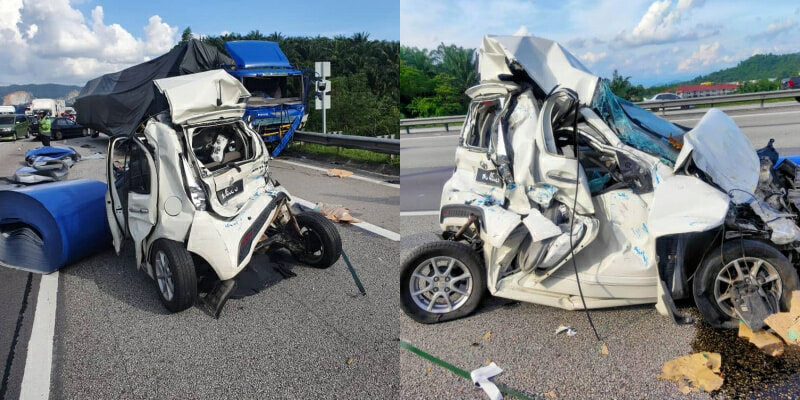 Taking to social media, members of the public shared the footage of a smashed Myvi that was part of a five car pile up at KM445.6 northbound from Rawang (S) to Rawang on the PLUS Highway.

Though the fate of the victim remains unknown, the Myvi was among the several victims of a trailer that lost control.

In the video, several cars were seen scattered all over the place causing a massive jam in the area.

To see how devastating the impact of the collision was on the Myvi, here are several pictures taken at the scene. 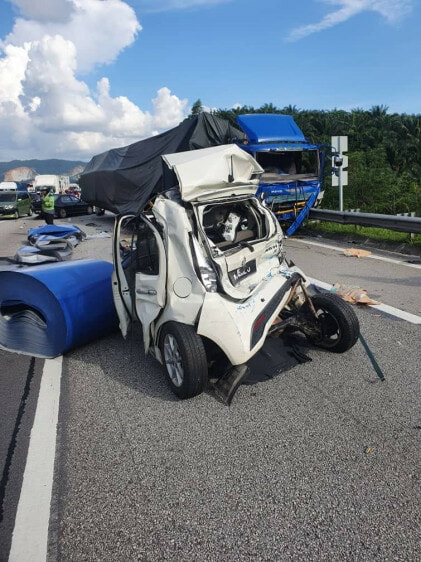 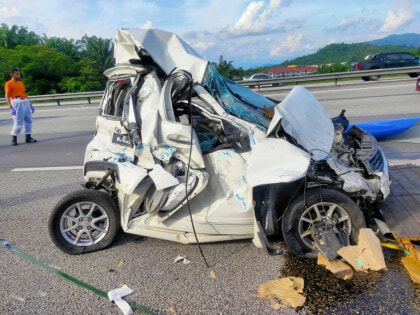 Based on the blue markings on the white Myvi, we can only assume that the Myvi may have been the first vehicle hit by the trailer, which later took out five other vehicles.

The authorities have yet to release any official statement on the matter. We would like to take this opportunity to remind all road users to remain vigilant on the road. 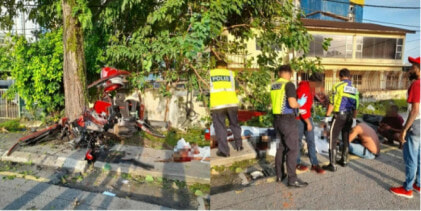