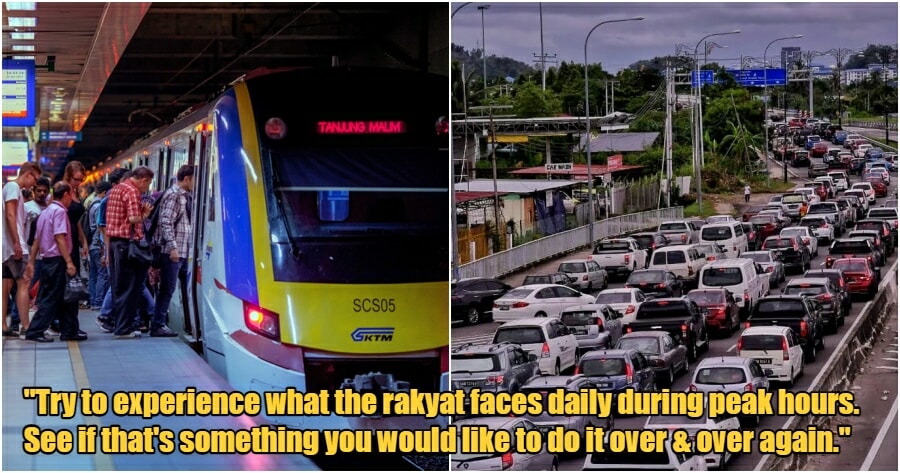 His take on the cause of traffic congestion in the Klang Valley did not sit well with most Malaysians. Since then, the comment sections on KTMB’s Twitter page have been flooded with reasons why some people prefer driving over taking the KTM. 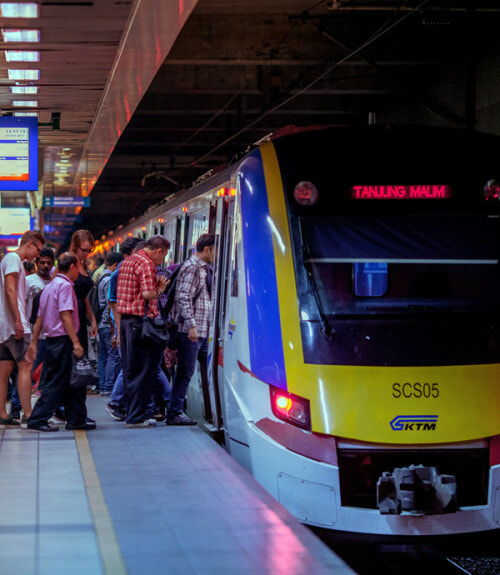 Info service board without info

A Malaysian went on to tweet 5 different reasons why they have decided to not take the train. 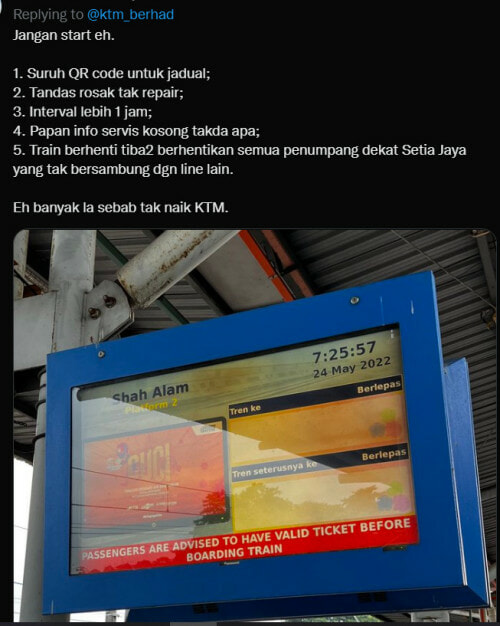 According to the user, the 5 reasons included: 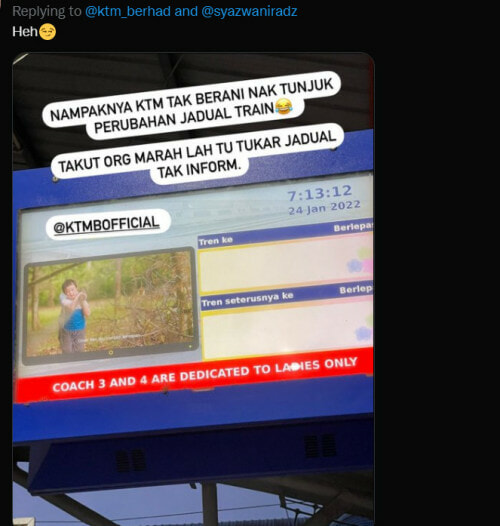 “They don’t have this board at the platform anymore. Now you have to scan the QR code for the schedule but it’s nonsense and inaccurate. They delete their tweets multiple times because they can’t accept the truth,” said another user.

Another user has also made a comparison of the train schedule between 2016 and 2022.

“It was every 30 minutes for an interval back in 2016. Now it’s an hour due to another project,” they added. 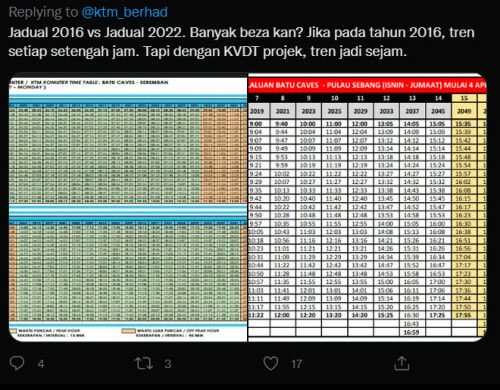 Other users also highlighted the terrible train schedules as well as the design of the stations which seem to be stuck in the past and in need of a proper facelift.

“It wastes my time to even list down the flaws because there’s just too much.”

A user who has been taking KTM for the past 3 years said, “80% of the time, the schedules are inaccurate, trains are late, sometimes it’s hot and the frequency of the trains are unsatisfactory.” 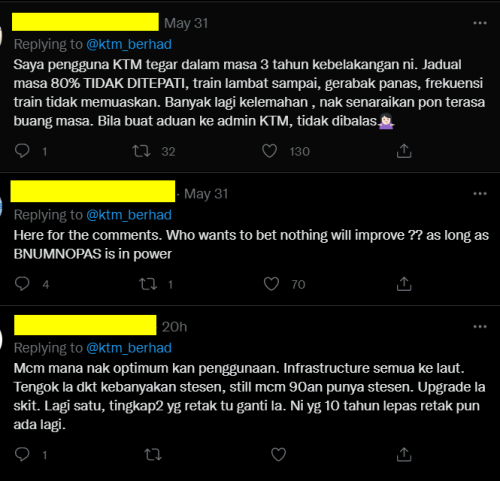 Another user said, “The infrastructure is bad. You might want to upgrade the 90’s designs of the stations. Also, please replace the cracked windows. Some of the cracks are 10 years old.”

Meanwhile, the statement from KTMB’s CEO did not only prompt the people to express their disappointments but some users have proceeded to challenge him to ride the train with the rakyat.

A user suggested that the CEO take the train during peak hours when people are pushing each other whilst boarding the train.

Would you like to see KTMB’s CEO accepting the challenge? If you have prior experience taking the train, do share with us your experience with KTM! 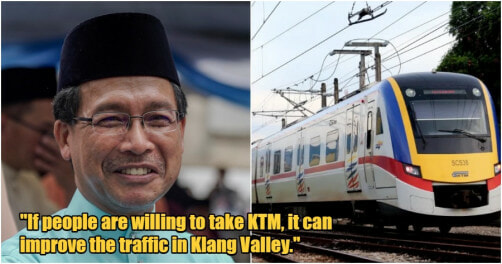