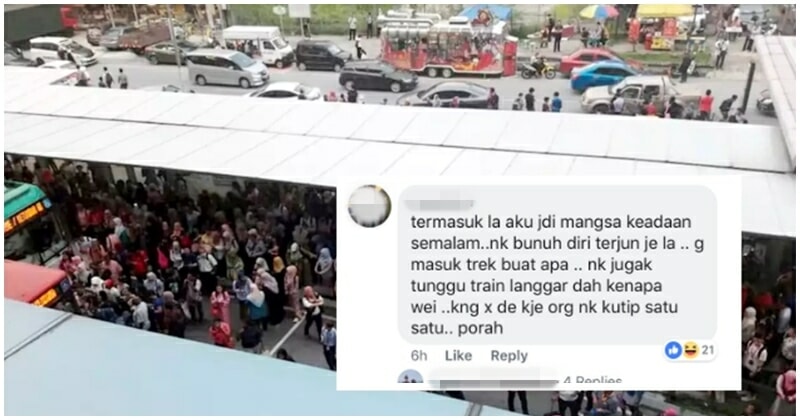 Most people find it hard to imagine what it’s like to be suicidal.

Suicidal thoughts, which are very difficult to deal with or understand, come to individuals who can find no other alternative to their problems.

Recently, the story of an intruder found on MRT tracks between Taman Connaught and Bandar Tun Hussein Onn drew the attention of netizens, as fake news reported that the intruder was trying to attempt suicide. 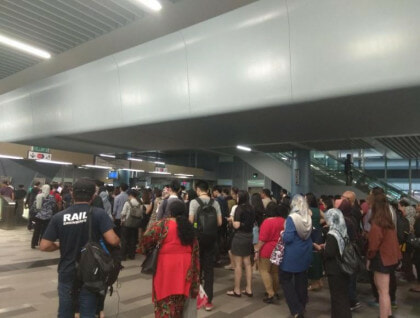 Though the stories were nothing but fake news, it is the reaction of those affected that caught the attention of Malaysians. 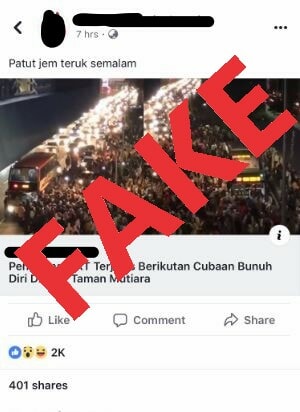 Responding to a viral post on Facebook, netizens were enraged by the news, encouraging the man to kill himself in a more effective manner.

“I was part of the crowd affected yesterday. If you want to attempt suicide, just do it. There is no sense in waiting for the train to hit you.”

It is essential to point out two huge issues with this. First, the fact that this news is fake. Secondly, how cruel Malaysians can be in light of another suffering from mental health issues.

The comments by netizens on the post clearly exhibit how cruel our society can be when the action of others impacts their livelihoods.

Responding to the comments, one netizen took to Twitter expressing his disappointment at the lack of compassion exhibited by fellow Malaysians. 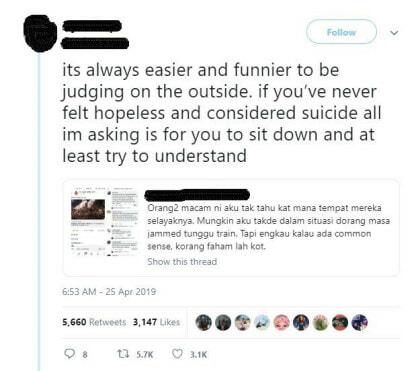 “It is always easier and funnier to be judging from your point of view.”

“If you’ve never felt hopeless or considered suicide, I urge you to sit and try to understand.”

Calling for Malaysians to be less cruel towards those who have mental illness, the netizen adds, “Apparently the story isn’t true, but that doesn’t take away the context of how cruel it is to joke about someone attempting suicide.”

However, the retweets and replies to the thread by some Malaysians stand as proof that some still care.

One, in particular, takes aim at some Malaysians and their lack of empathy. 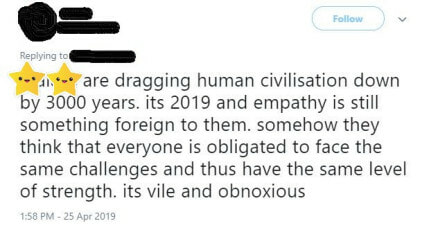 “Somehow they think that everyone is obligated to face the same challenges and thus have the same level of strength.”

“It is vile and obnoxious.”

“It is only acceptable if you are physically sick. If you are mentally sick, you are immediately deemed as an attention seeker.”

“Honestly there is nothing worse than being dismissed when we’re genuinely seeking for help.”

The comment pretty much sums up of how we as Malaysians should exercise empathy and be mindful of what we comment on social media.

There is nothing wrong with caring for one another, right? 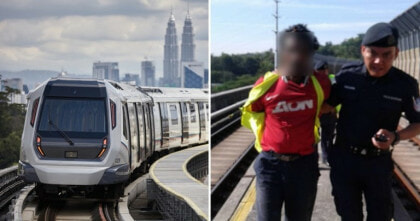