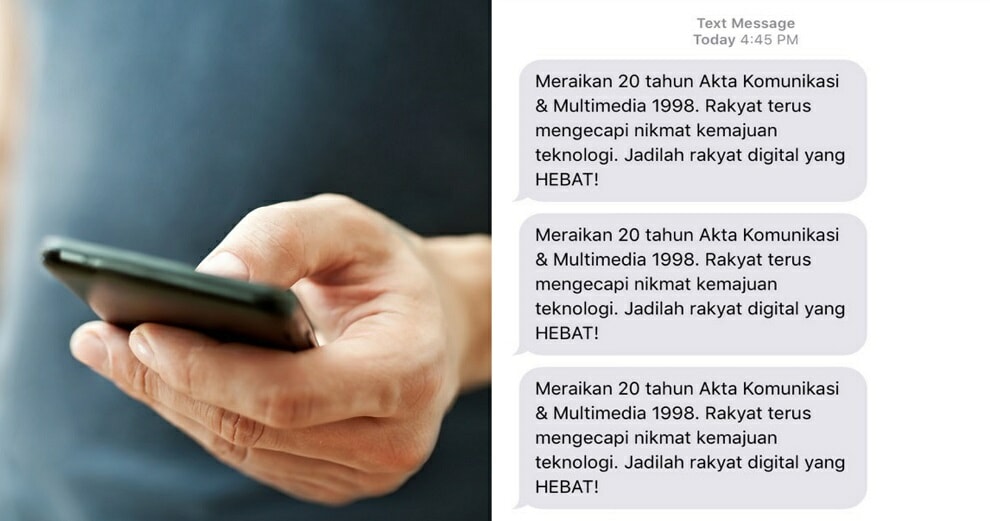 Earlier today (25th April), a number of Malaysians took to social media to share that they had allegedly received text messages from the Malaysian Communications and Multimedia Commission (MCMC).

The SMS in question addressed the 20th anniversary of the Communications and Multimedia Act 1998, and roughly translates to, 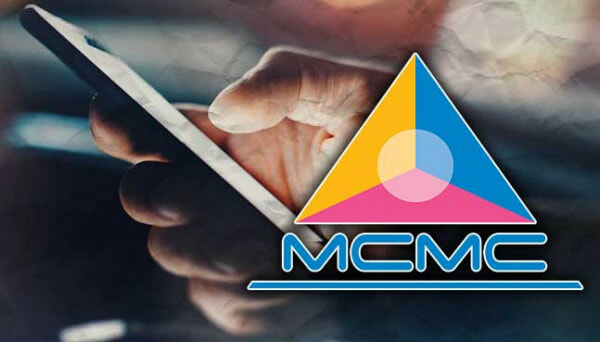 What’s even more alarming is that recipients of this message claimed that there was no identifying number, as the text’s sender is simply listed as “MCMC” on their phones. A number of Malaysians took to Twitter to see if others had also received this text, and sure enough, many found out they were not alone, with the likes of Marina Mahathir among the recipients! 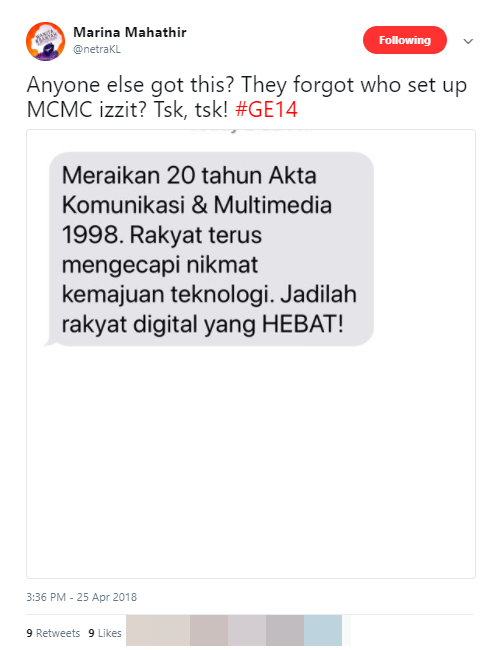 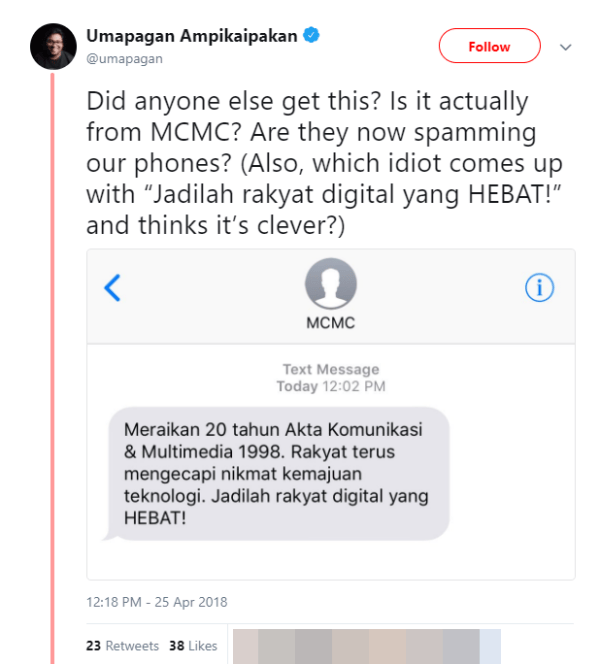 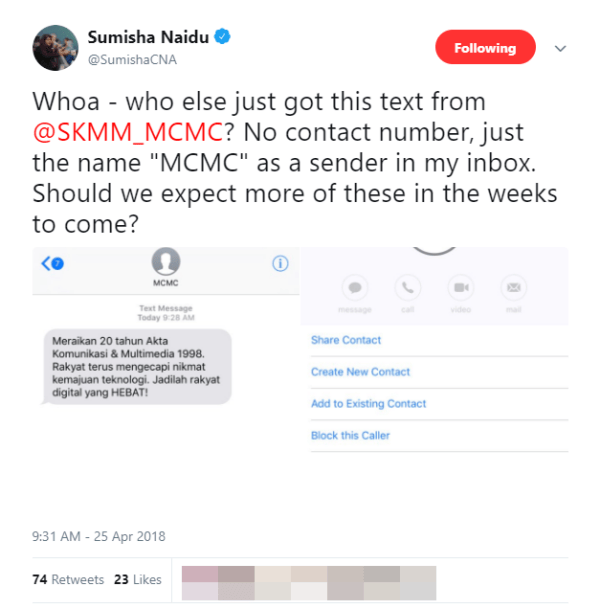 On top of that, some even got multiple texts with the same exact message! 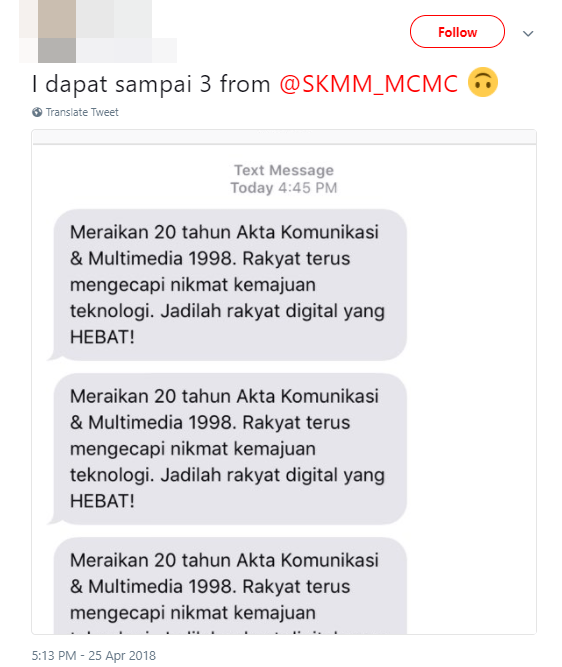 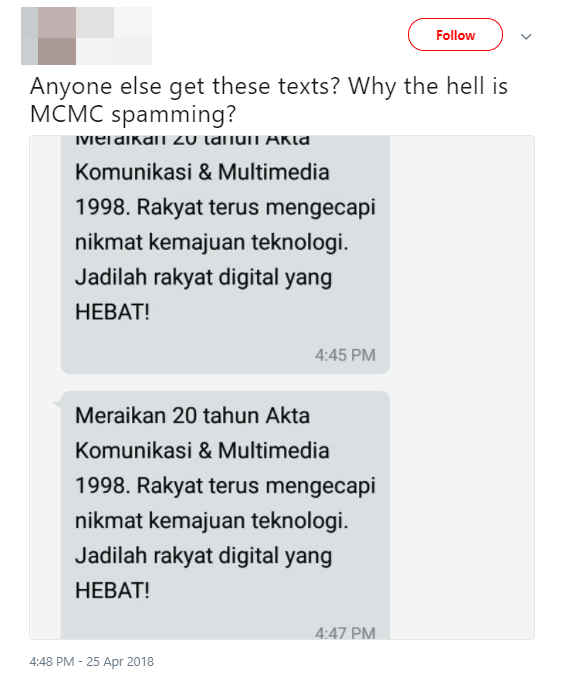 With the 14th general election (GE14) drawing nearer, many Malaysian netizens can’t help but wonder about the intent behind these text messages.

Earlier this month, suspicions were also raised when a message claiming that MCMC was monitoring smartphone users began to circulate on WhatsApp. However, MCMC has since deemed the message as fake news, according to the Malay Mail.

Now, MCMC is also working to look into the activity of automated accounts or bots on Twitter in the run-up to GE14. Communications Minister Salleh Said Keruak was quoted by the New Straits Times as saying,

Regardless, let’s wait for MCMC to explain why these text messages are being sent out before drawing any conclusions.

Did you receive this text message from MCMC? Let us know in the comments below!

Also read: M’sian Gets Arrested and Twitter Confiscated by MCMC for Criticising Najib and Umno 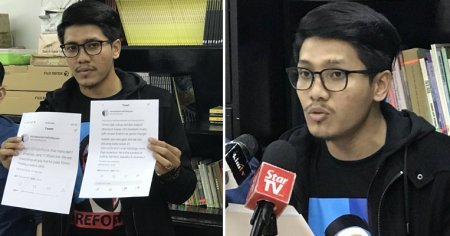