Throwing out the rubbish is usually just a part of our daily routine, but for this lady from Ipoh, it nearly turned into a life-threatening situation, and left her severely injured.

A Facebook user by the name of Tee Keong posted yesterday (March 27) at 7.50pm about a violent mishap that occurred to his mother in the wee hours of Monday (March 25) in Bercham, a suburb in Ipoh. As per usual, she woke up early for a run, and reached home around 6am to take out the trash. Just as she stepped out of the house compound, she was suddenly hit hard by a metal rod.

The blow was so swift and impactful that as she was running back to the house screaming for Tee Keong’s dad’s help, blood dripped all over the floor.

Warning: the following video contains graphic content that may be disturbing to some, please view at your own discretion.

Unfortunately, the attack happened so quickly that the woman was unable to catch the face of her assailant, and as the area isn’t equipped with CCTV cameras, the man was able to escape virtually without a trace. Following that, Tee Keong’s father called his son to tell him what happened, and he immediately packed his things up to drive back to his hometown from Kuala Lumpur. His mother is so lucky to have a filial son like him who would drop everything to be by her side!

Once Tee Keong arrived at the hospital, he had to settle some insurance matters before his mother could have surgery performed on her. It is here that he issues a piece of advice to all insurance policyholders: clarify the name of your insurance company with the hospital staff. In his case, his father had not mentioned the victim’s insurance company at the admission counter, which resulted in them getting consulted by a doctor that is not recognised by the insurance panel, thus incurring an astronomically high deposit of RM20,000. Had they done so, they would have been assigned a panel doctor, and would have only had to put down a RM500 deposit. That’s a valuable lesson indeed!

Around 12pm, Tee Keong was finally able to see his mother in person. Miraculously, she was able to stay alert despite all the blood she had lost, but her head, hands and legs were wounded and heavily bandaged, and her blood pressure levels were low. After the surgery was carried out, she had to get stitches on her head, and it was discovered that some of her finger muscles had been torn. There were also fractured bones in her hand that would take time to heal, and she nearly had to have metal plates inserted. 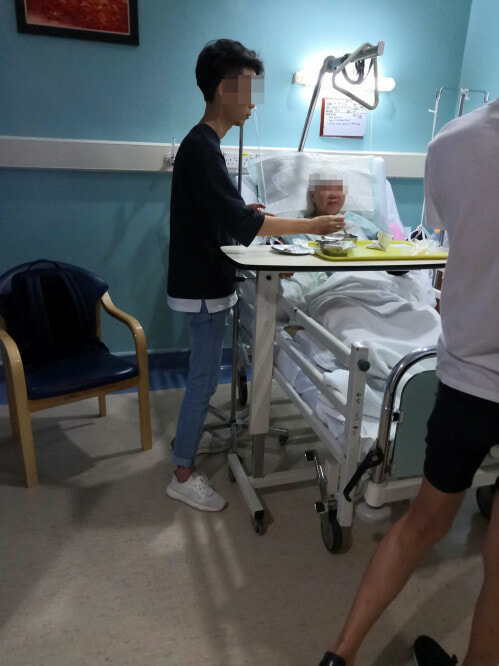 Overall, his mother’s condition has now been stabilised, and she has since been transferred to the general ward. Thank goodness for that! Since the victim was not robbed, and apparently doesn’t have bad blood with anyone, Tee Keong suspects that the attacker was high on drugs at the time of the assault.

Seems like danger is always afoot, and you just never know when to expect it! Our advice is to equip your homes with CCTV cameras, and your cars with dash cams. Even if you cannot prevent an attack, you may at least be able to record clear evidence of it, and play a part in taking one more bad guy off the streets! 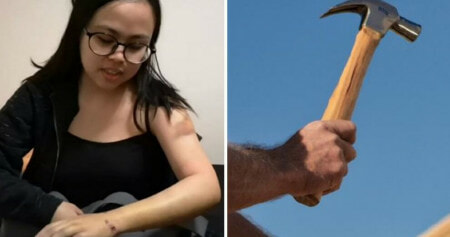