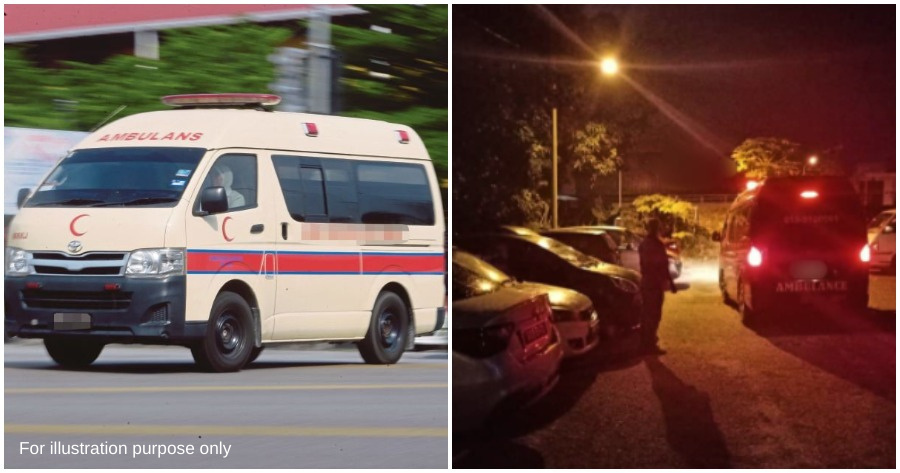 “Our system has collapsed. This virus is ravaging families.”

On 2 August, Subang Jaya Assemblywoman, Michelle Ng Mei Sze took to Twitter to share an ordeal she and her team faced as they were determined to help a patient who was having difficulties breathing and felt like she was dying. Ng was approached by the patient’s neighbour at around 10.30pm after waiting for an ambulance since 6pm that evening.

They were helpless as the helpline (999) informed them that they are unable to come to her aid as they are overwhelmed with multiple cases since that morning and they were told they are on the waiting list. 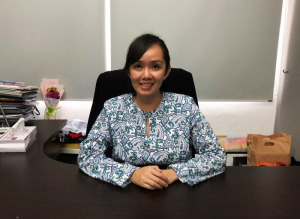 No ambulance and no beds

She recounts her call to SJ Beacon, Subang Jaya’s emergency ambulance service and was informed that they would not be able to operate at that time. She then continued asking if they would be able to send the patient to the hospital the following day if she is still alive.  To which they replied, “we will try, but they’re likely to send us on a merry go round. There are just not enough beds.”

She then reached out to St. John Ambulance of Malaysia to get some help to which they apologised to her saying that all six of their ambulances are on the road and they already have three cases on their waiting list.

“I was angry. I was angry that they had to say sorry, that men and women who gave their lives to do no harm had to choose who should live and die.”

Her assistant, Henry then updated her that 999 has channelled her request to the nearest hospital but in the end, it was the hospital’s decision to accept the case. However, 16 hours later, they were left with no feedback from any hospital. 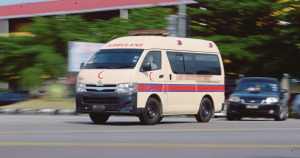 At the same time, the private ambulances were charging them between RM850 to RM1,209 and they resorted to an ambulance that was charging them a base rate of RM700 and an additional RM200 for every hospital that they go to. Because there is no guarantee that the hospitals had available beds, therefore there would be a few visits to make.

In an attempt to save cost and time, Ng and her team decided to call the hospitals to check if they have available beds. Hospital Tengku Ampuan Rahimah Hospital (HTAR) had no answer and Shah Alam Hospital said that they do not take any more Covid-19 cases and suggested to reach out to Ampang, Selayang, or Serdang Hospitals. This is then followed by Selayang Hospital not picking up calls and Serdang Hospital saying that they are full but Putrajaya Hospital may have beds. 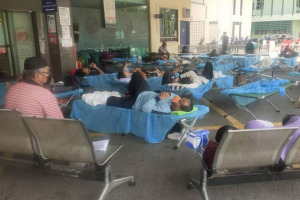 Putrajaya Hospital’s operator said that they would only take cases from 999 to which Ng begged and explained the ordeal. The operator then said,

At that glimmer of hope, she rang her assistant and requested the ambulance to bring the patient to Putrajaya Hospital. Ng hoped, that even if the patient is not given a bed, she would at least get her vitals checked and receive some oxygen as well.

Her assistant then volunteered to follow the ambulance as he was told that their earlier case racked up to RM1,700 as they were going to hospitals in search of beds. After further discussion, they brought the patient to Kuala Lumpur Hospital (HKL) as they would be able to do a PCR test for the purpose of admission.

The ambulance finally picked the patient up at 2am the next day. The patient’s BP was soaring and she was given oxygen as she was walking down the stairs. At 7.43am, she was updated that the patient is placed in the decompression room and there were 7 other people before her waiting for a bed. They were grateful that she was at least already inside the hospital. 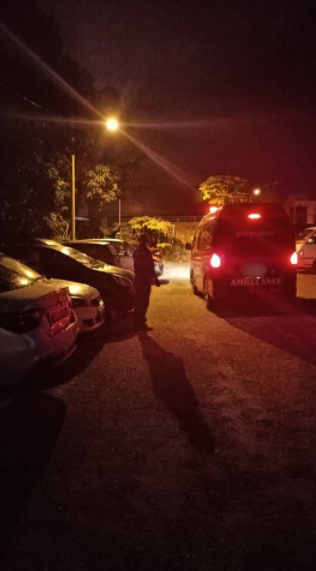 The Assemblywoman then continued stating that,

“Subangites, we are far from the clear. Our system has collapsed. This virus is ravaging families.”

She then pleaded with everyone to take this seriously as she was informed of four Covid-19 related deaths that week alone. She also urged everyone to get vaccinated and to continue educating people around to not be worried about getting vaccinated. She reminded people to not got out if not necessary, double mask, and ventilate premises.

“We must get through this, and we cannot do it unless we are all in this together.”

WORLD OF BUZZ has since reached out to 999 for a statement but have yet to receive a response.

We hope that the patient recovers. What do you think about this? Let us know in the comments. 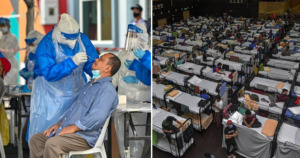