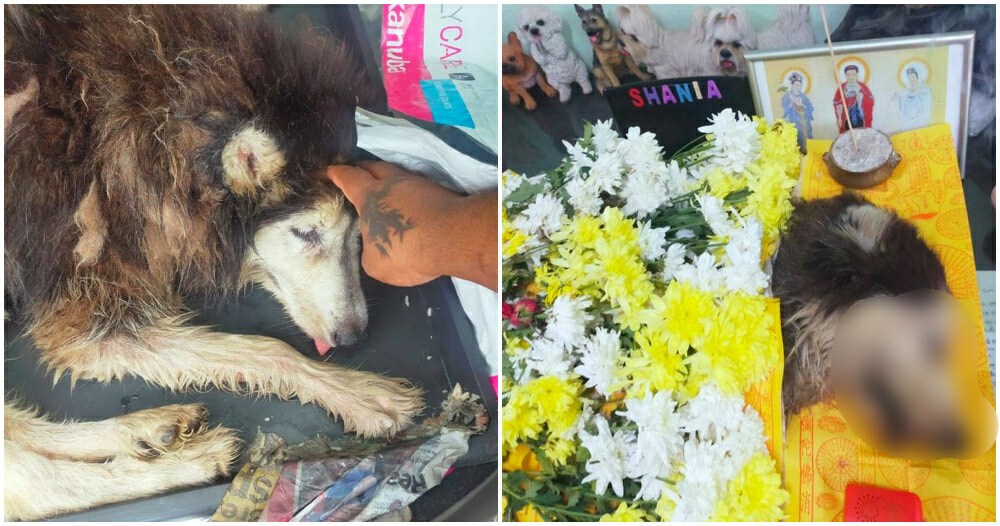 Backyard breeding is an unethical practice that should not be supported.

A 34-year-old Malaysian woman, Malathi, who is an independent animal rescuer, reached out to WORLD OF BUZZ to share the story of a husky named Shania.

According to Malathi, Shania was a doggo that allegedly suffered from multiple fits of abuse by her owner who happens to be a backyard breeder. Malathi claimed that she suffered from malnutrition and organ failure by intentional starvation and dehydration by her owner. Shania passed away a few days ago, on 1 August and a cremation ceremony was held for her the next day. 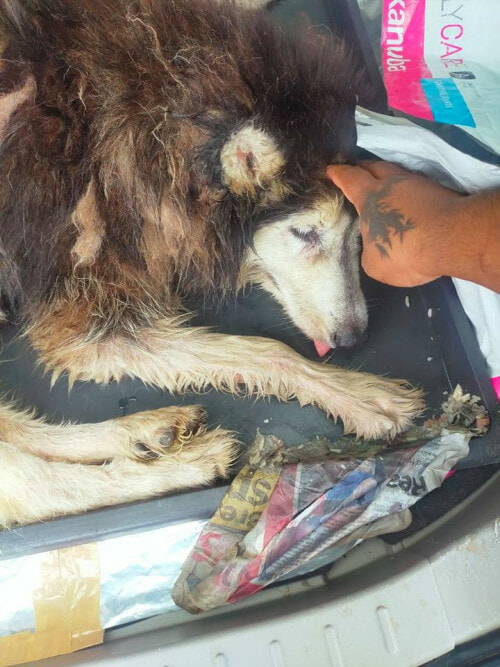 “Shania was owned by a backyard mill breeder who used her unashamedly and treated her shabbily. Despite earning him lots of money when he repeatedly bred her, she was never fed properly and this is attested by how tiny she was for a full-grown Malamute and how brittle and porous her bones were after her cremation,” said Malathi.

“When arthritis compounded by malnutrition immobilised her, her heartless owner who at this point had no more use of her, decided to withhold food and water so that she would die. However, Shania would not die so easily,” Malathi exclusively told WORLD OF BUZZ.

“She cried and howled for mercy but none was forthcoming.” 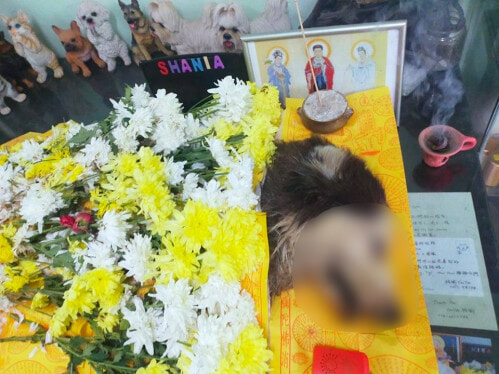 A neighbour convinced the owner to put her down

According to Malathi, it was a neighbour who decided to take matters into her own hands and posted on social media for someone to come put the poor doggo to sleep. 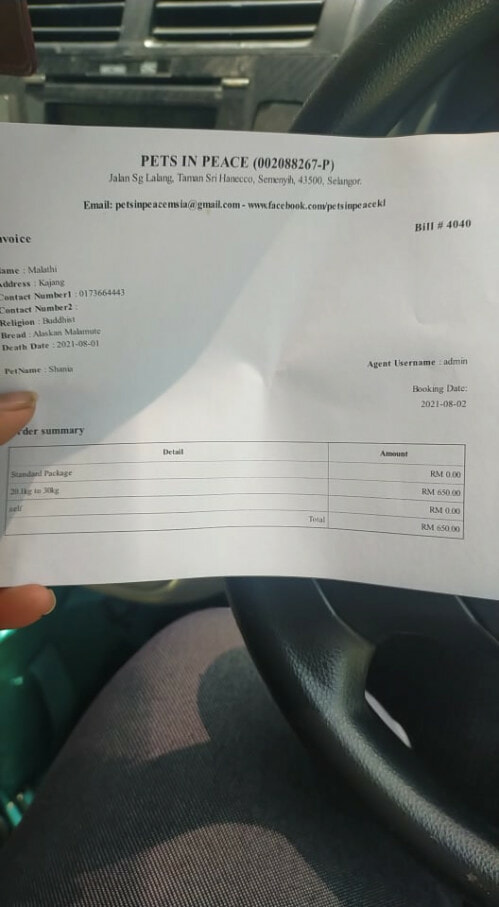 “The neighbour started pressuring Shania’s owner to put her to sleep himself and in the end, her pressuring was so great that he caved and actually brought the dog to the vet,” Malathi claimed.

“We stopped the action in the nick of time, outside the vets actually. We took Shania to another very reputable vet and spent RM1,100 for her to have the full test and bloodwork done as both the neighbour and owner claimed that she supposedly had a whole host of problems including tick fever and that there was no hope for her.” 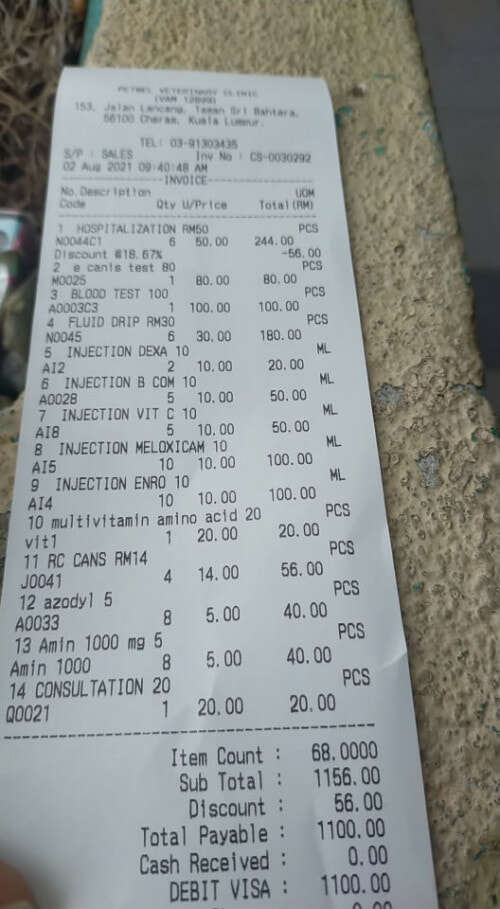 Malathi told WORLD OF BUZZ that the test results came back with a clean bill of health except for signs of organ failure brought on by severe starvation and dehydration.

“In other words Shania would still be alive today had she been fed and given water in time.”

According to Malathi, Shania’s story is nothing new as it is typical for fur mothers in furkid mills.

“Do you know where your cute furkid came from? Did you get him or her from a humane, reputable breeder or is your furkid from a mill? If so, did you think of his or her poor mother? Because Shania is not the only case we have come across,” Malathi said. 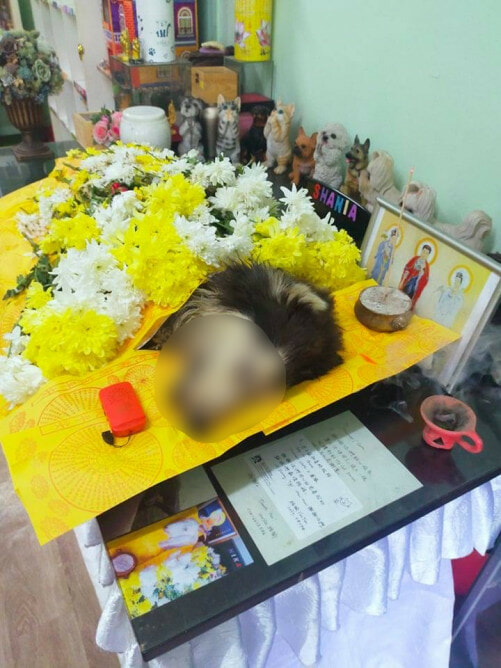 Malathi said she has many more stories where doggos have become victims of backyard breeding. Hence, she would like to take the opportunity to remind readers to adopt pets rather than buying them.

“Please, please, please adopt and don’t shop but if you must shop, the very least you can do is to buy from reputable, humane breeders.”

According to Animal League, some backyard breeders may have good intentions but in most cases, the conditions are considered substandard, with little to no emphasis on ethical or selective breeding, or provide proper care for the well-being of the animals they are breeding.

Malathi, who is currently based in Klang Valley added that if there are any owners out there who can’t seem to look after their pets anymore, do not hesitate to reach out to her at 017-3664443.

“In case anyone decided to let the furkid die on their own in the end they can contact me. Do not do that to your furkid just because they are old and sick.”

Dos and don’ts of purchasing a purebred doggo from breeders

Here are some dos and don’ts provided by Animal League to guide people who would like to own a purebred doggo:

Also Read: 34yo M’sian In Desperate Need of Funds To Shelter & Feed Over 100 Stray Animals 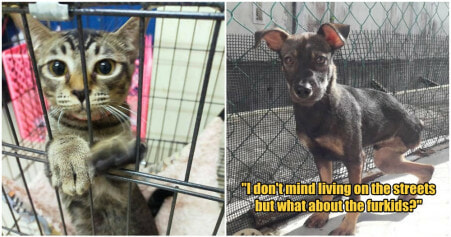