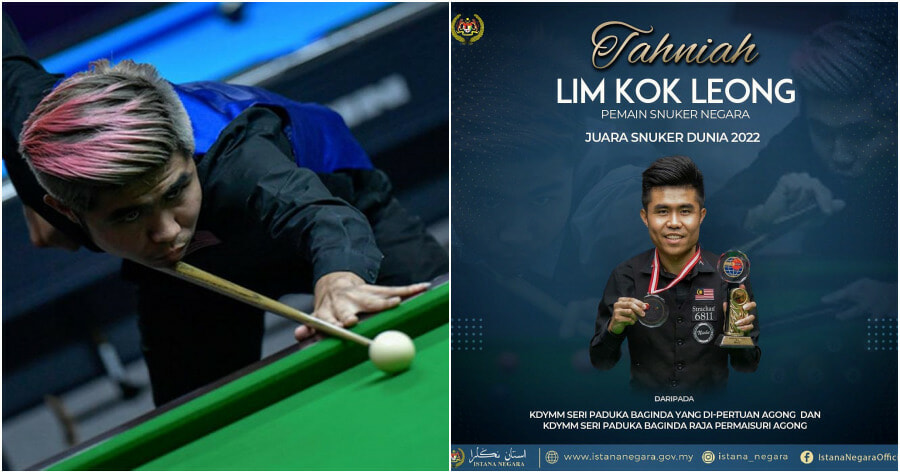 It appears that our local athletes are shining on the international stage and sweeping up the competition left right and centre!

Just a month after winning the world amateur team title with Moh Keen Hoo for the second time, the 27-year-old created history by becoming the nation’s first ever cueist to be crowned world champion in Antalya, Turkey. 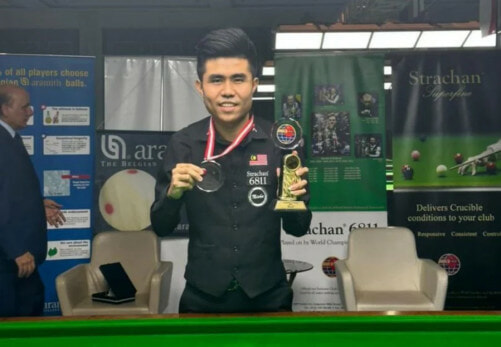 Congratulations from the King

His achievement was met by cheers from Malaysians and snooker fans who have supported him in his pursuit of greatness.

The news even captured the attention of the King, Yang di-Pertuan Agong Al-Sultan Abdullah Ri’ayatuddin Al-Mustafa Billah Shah who congrtulated Lim via a post on the Istana Negara Facebook page.

In the post, His Majesty said that Lim’s success proved that with commitment, fighting spirit, and earnest effort, Malaysians are able to compete and succeed on the world stage. 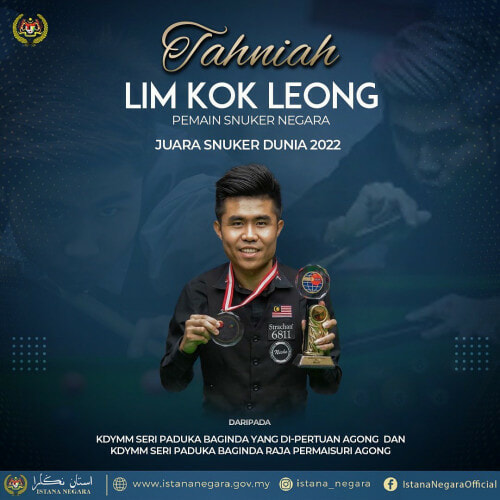 In their congratulatory message to Lim, His Majesty and Raja Permaisuri Agong Tunku Hajah Azizah Aminah Maimunah Iskandariah hoped the feat will spur him to continue training and work hard for future championships as well as being a source of inspiration to all Malaysians.

Congratulations to Lim for making the country proud! We hope that he will win even more championships in the future. 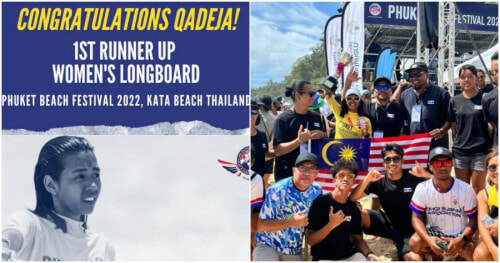