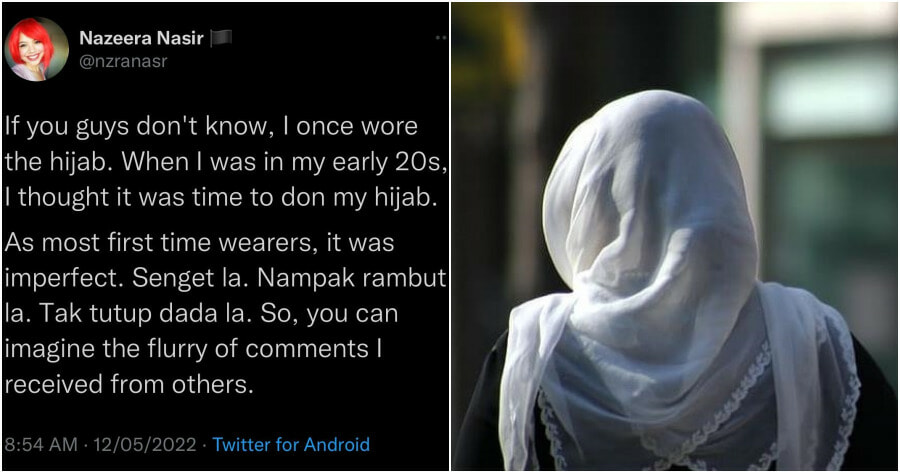 Disclaimer: This piece DOES NOT reflect the opinions and beliefs of the writer or WORLD OF BUZZ

Some view religion as a personal matter whilst others perceive it as a public affair. Nonetheless, the private and public sphere are never exclusive as one can always affect or impose upon one another.

Yesterday morning, Twitter user @nzranasr shared her journey with wearing the hijab and why she then chose to stop wearing it.

In the Twitter thread, Nazeera said that she first tried to wear the hijab when she was in her 20s.

Being the first time wearer that she was, she said that her use of the hijab was imperfect – it was lopsided, did not cover her chest or her hair.

I'm not gonna lie. The reaction directed my way were mixed.

The hardcore salafi Muslims were upset that I wore it on and off.
The moderate ones were overjoyed.
My more liberal friends were… perplexed? 😅

This drew a bunch of comments from people telling her to wear it properly.

Apart from questioning the way she wore it, she also received mixed reactions on why she started wearing it and how often she was wearing it.

Donning the hijab came with its own commitment and responsibility that she felt she could not bear.

“You are the symbol of Islam, and all your actions scrutinised under a microscope.”

In the end, she explained that the attention and rules that come with wearing the hijab proved to be too much for her and she stopped altogether.

In the comments of the thread, many users showed their support and shared their experiences with wearing the hijab.

One user shared that she also tried wearing the hijab, but due to the different types of comments she received, she felt uncomfortable.

“Alhamdulillah, I felt more at peace when I started to only care about Him, and not what other people said.”

It felt as if everything she did would never be enough to please everyone. Hence, she quit wearing it.

Whilst it is important for one to feel secure in their choice of wearing the hijab, it is also beneficial to be encouraging of others when they choose to wear it instead of being nitpicky.

As the private and public sphere are often intertwined, it is rare that matters of religion can escape the distinction.

Thus, mutual respect and understanding are valuable qualities that we can practise to cultivate a more positive society in regards to religion.

What is your own personal experience of wearing the hijab? Did the public have any influence on it? Let us know in the comments!

Also read: “Least of our concern” – M’sians Puzzled Over Need For “Covering Your Aurat” Billboard In Kelantan 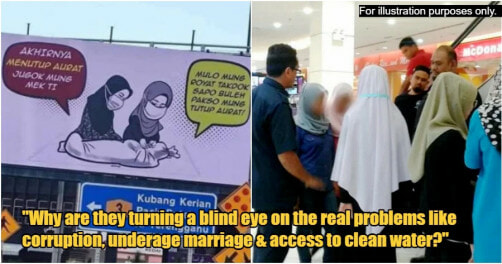