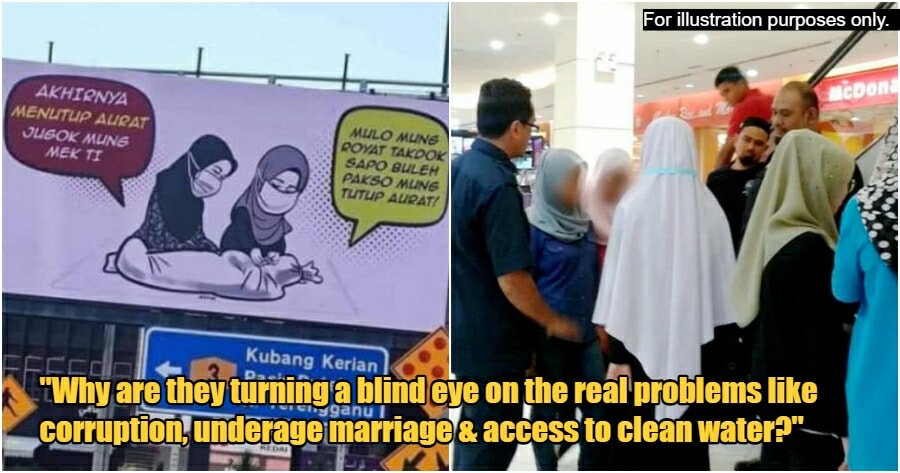 In Islamic teachings, it is compulsory for Muslim women to cover their aurat and that includes the hair. It is also common for Muslims to remind each other of the necessity of doing so.

A billboard in Kelantan has also reminded fellow Muslim women through a sketch.

The billboard shows a body wrapped completely in white cloth, a practice in Islamic funerals. The woman on the left said “finally she’s covering her aurat,” followed by the woman on the right who said, “nobody could make you cover your aurat during your lifetime.”

The image that was first shared on Reddit, however, did not sit well with netizens as they think there are more serious issues at stake than reminding fellow Muslims about aurat.

A netizen claimed that the choice of a Muslim woman to wear a hijab or not lies on her hand and that wearing a hijab is not equivalent to good behaviour.

In the meantime, other netizens have compared the aurat issues with other ongoing problems in the country sarcastically.

Other netizens think that this is not the way to remind fellow Muslims.

That is certainly a creative billboard to serve as a reminder, but do you think such a reminder is necessary on a billboard? 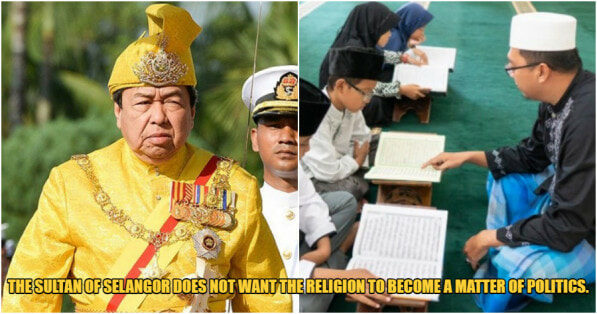