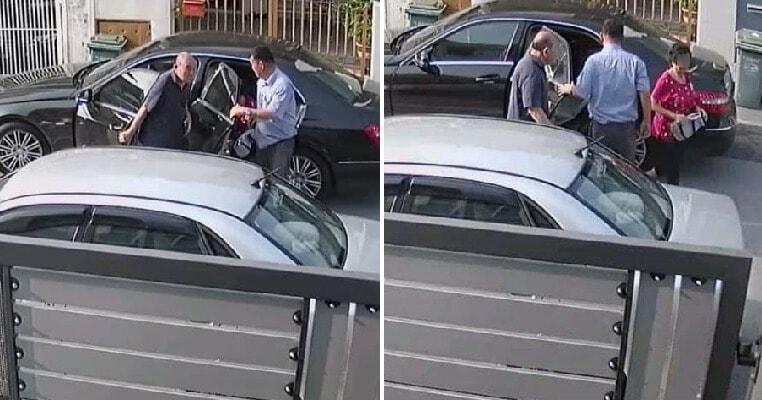 Be careful guys, the scammers are getting bolder these days! A Malaysian netizen, Carman, recently shared how her grandmother got conned by a group of scammers while she was waiting for the bus at Jalan Perlak, Bandar Baru Sri Petaling last Monday (19th August).

In her post, Carman said that her grandmother had the misfortune of meeting the scammers when she was waiting at the bus stop around 9.30am. The old lady was taking the bus to KL to visit the doctor and it was during this time that a black Mercedes-Benz E Class with a Johor number plate suddenly pulled up in front of her.

There were three local men and one Indonesian woman in the car, and the woman got down to sit next to her grandmother. She acted very friendly at first and appeared to be making conversation with the old lady, asking her things like where she was going.

It must have been during this time that the old lady must have fallen under their spell because somehow the stranger convinced her to go back home for her bank account book. Apparently, her grandmother didn’t understand the other woman and one of the men came over to explain to her that the Indonesian woman had won a prize, but she needed the old lady’s help to claim the prize.

Then they persuaded her grandmother to get into the waiting car, where it is believed that she was hypnotised and brought home by the trio for her bank book. In a confused state, she followed their instructions and followed them to the bank where they told her to withdraw her cash.

She blindly followed their instructions and asked the bank staff to help her fill out the withdrawal form for RM10,000 while the scammers waited in the car. They brought her to Sogo KL after that supposedly to claim the “prize”, which amounted to RM500,000 but when they dropped the old lady off, they quickly made their escape.

Her mind cleared not long after they were gone, and she realised what she had done. Her family brought her to lodge a police report after, but there seems to be insufficient evidence about what happened. They also managed to obtain CCTV footage from their neighbours. 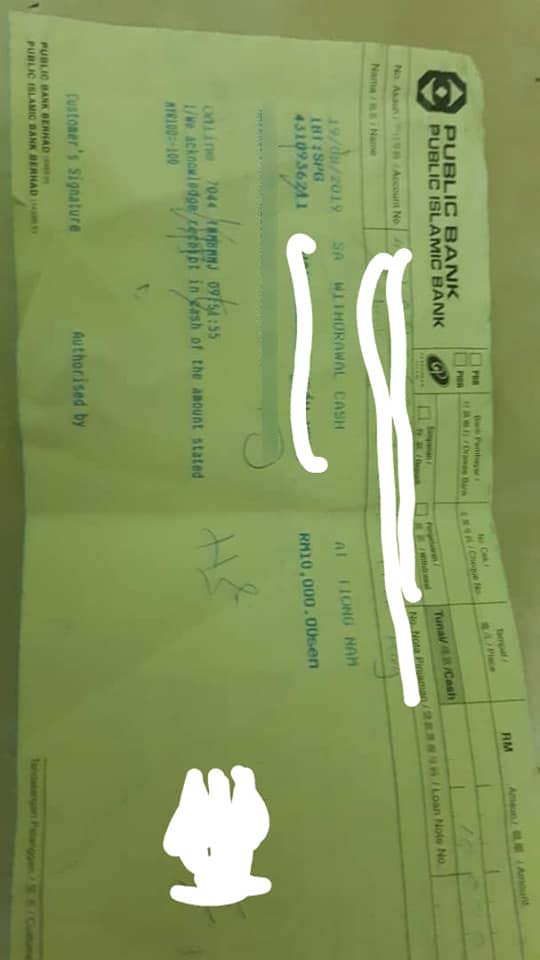 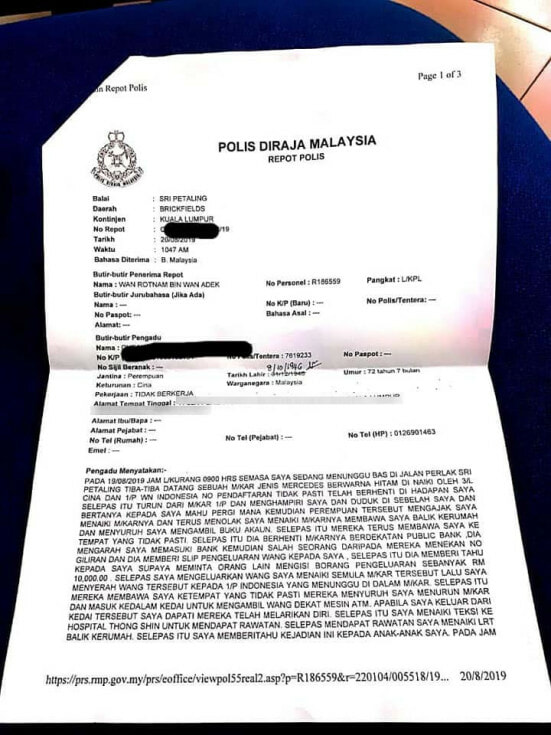 The police have confirmed that they are currently investigating the case and have already arrested one suspect. Netizens were shocked that the scammers were so bold as to go around in residential areas and target helpless old people. Some of them said that the scammers looked familiar and had previously been spotted in Penang before. Carman said that she shared this out as a warning to others so that they could tell their family members, especially the elderly to be careful.

Be alert and stay safe, guys! 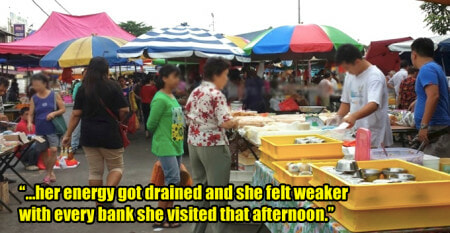