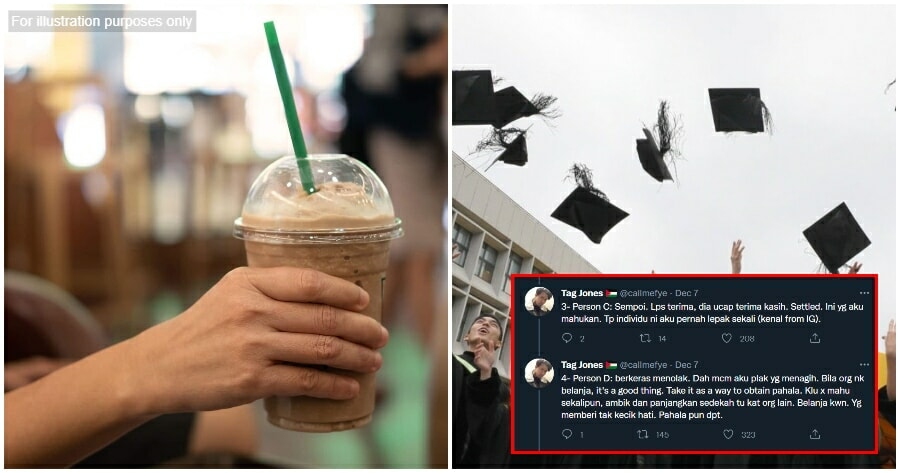 Rude or are we just not used to receiving random act of kindness?

Twitter user, Fairuz decided one day to do a random act of kindness and the response from people turned out… well… interesting.

As the past few weeks have been filled with graduation ceremonies from various universities in Malaysia, Fairuz decided to giveaway Starbucks drinks as a congratulatory gift to random people and some of them were his Instagram followers.

As a disclaimer, Fairuz mentioned he only transferred money to their bank accounts and not directly gave the drinks to them.

People were weirded out!

From assuming he was flirting to hardly rejecting the offer, Fairuz received various responses from the people he offered to buy the drinks to.

“Person E: They asked for other things after I treated them. Yes they asked for it themselves. Quite surprised but I politely declined, saying I can’t help with that”

Fairuz mentioned only 1 person gave him the response he was waiting for, in which the person accepted the offer and simply said “thank you” as a sign of gratitude. 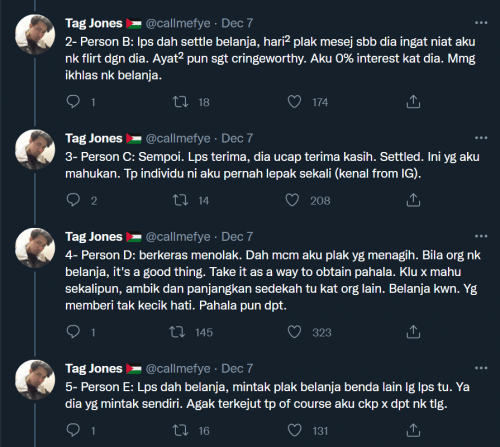 Fairuz explained that he did not mind how the random act of kindness turned out as it is their choice to choose whether to accept the offer or not. His main intention of the Twitter thread was to spread kindness.

Like I said, no big deal because it's their right nk terima or not so please don't take it wrongly. This thread is about spreading kindness kan. Some people seem to enjoy doing d opposite; spreading negativity 🤷🏻‍♂️ pic.twitter.com/vqs3Qux3y1

How would you react if someone randomly approached you and gave something for free? Let us know in the comment section down below. 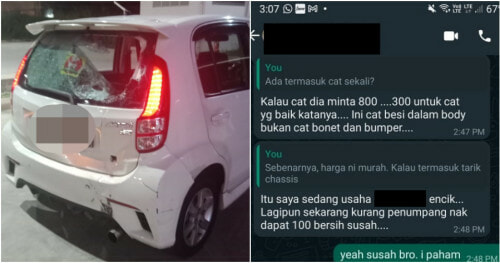