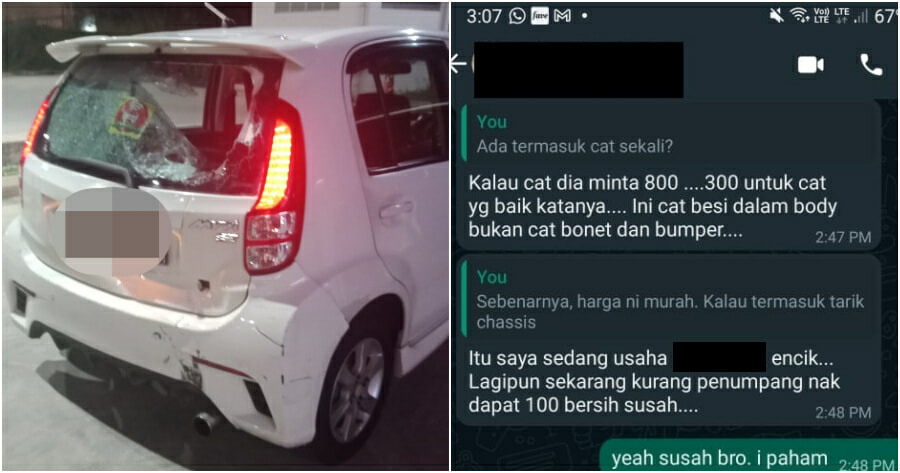 Times are tough amidst this pandemic and those who can help the others, they help. Those who struggle, they do their best in order to survive.

Recently, a man known as Jorji has done his best to ease the burden of an e-hailing driver whose vehicle is not under the best condition to drive customers around. 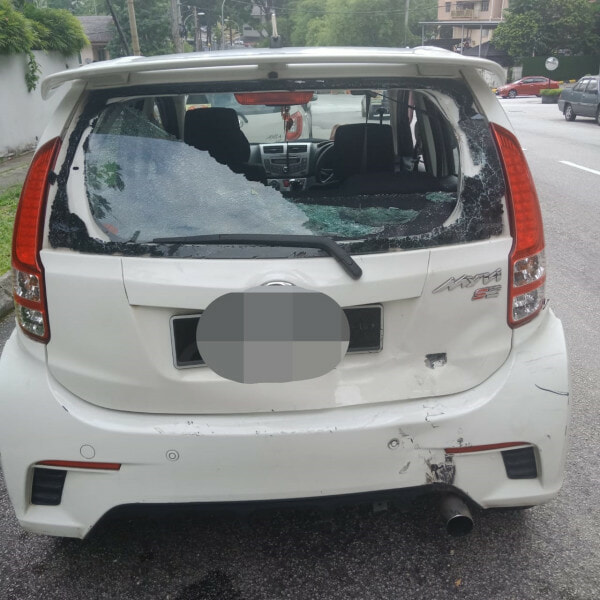 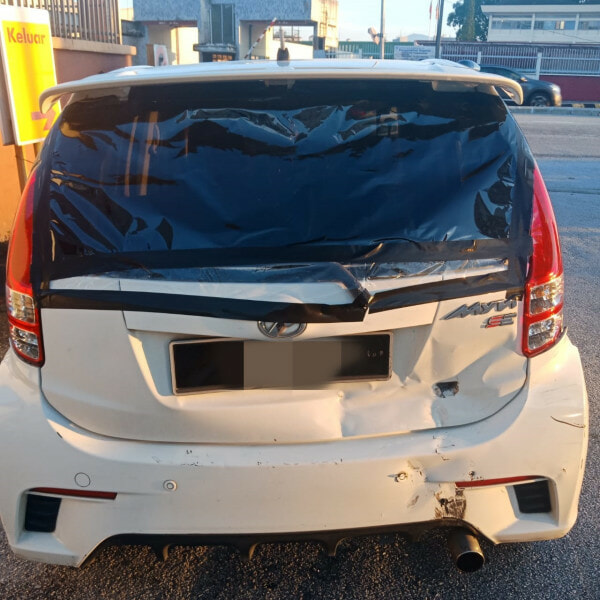 Speaking to WORLD OF BUZZ, Jorji said that the driver’s vehicle, a white Myvi was knocked by a bike rider who apparently possesses no license!

The back window is badly smashed that it has to be temporarily covered with a piece of black plastic. The trunk is also dented and as if it is not bad enough, the air-condition in the car also “leaked” out the broken rear windshield despite the black plastic.

So, the vehicle is deemed unsafe, or at least uncomfortable for the customers to hop on as they will be exposed to the rain and the scorching sunlight. However, the driver is forced to still transport customers to make ends meet. 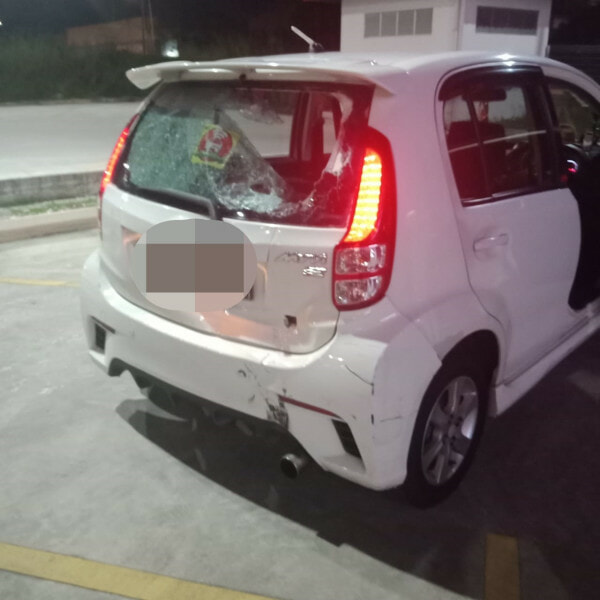 Looking at these damages, you may have already guessed the rough amount needed to fix the vehicle but unfortunately, the driver is struggling as he cannot afford the impending repair fee.

So when the driver picked up Jorji from his location, Jorji noticed the condition of the car and proceeded to ask the driver what happened. After hearing his story, Jorji decided to help him out.

Jorji started out by giving the driver a maximum tip of RM50 while looking out for the best deals to fix the damage of the car as he is into motorsports and he knows some people from the industry too.

After spending some time in search of the best deals, the total damage is revealed to be RM2,000 ++!

Jorji decided to fork out RM800 just for a quick fix so that the driver can continue to carry passengers. The amount that Jorji had contributed is to allow the mechanic to knock the frame back so that a new screen can fit in.

Despite the amount, he is still happy to help and glad that he is able to put the financial burden off of the driver’s shoulder.

Jorji, who is an Event & Branding Manager in KL reiterated that he is not a rich person but he thinks that everyone has their own unspoken difficulties in times like this and there’s no harm in offering a helping hand to the needy, as long as it’s within your capability.

He hopes that this can be a prime example for people to help each other, amidst their own struggles as he believes this is how the world can be a better place to live in.

We are certainly happy to see that Jorji’s act of kindness has helped to ease the burden of someone.

Does this restore the faith in humanity for you? Let us know your thoughts in the comments below!

Also read: Young Bread Seller in Melaka Works 16 Hours Daily To Save For Her Marriage 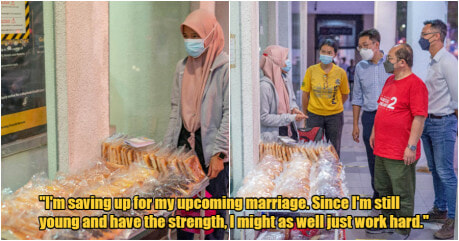