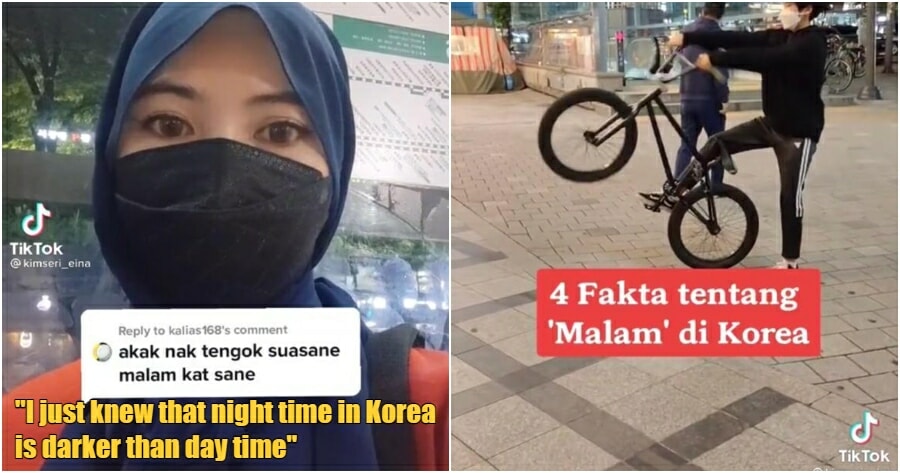 With the current craze towards anything Korean-related and the influence it has had all over the world, many wish to visit the country and live the local lifestyle, even if it’s just for a short while.

In fact, the influence that the country and culture has had on the world has even led to the addition of some of its words into the Oxford English Dictionary!

With its mouth-watering food and beautiful spots, many are eager to find out more about how daily living in South Korea looks like.

A TikTok by Malaysian KimSeri Eina recently blew up as she featured some “facts” on what daily life in South Korea looked like. 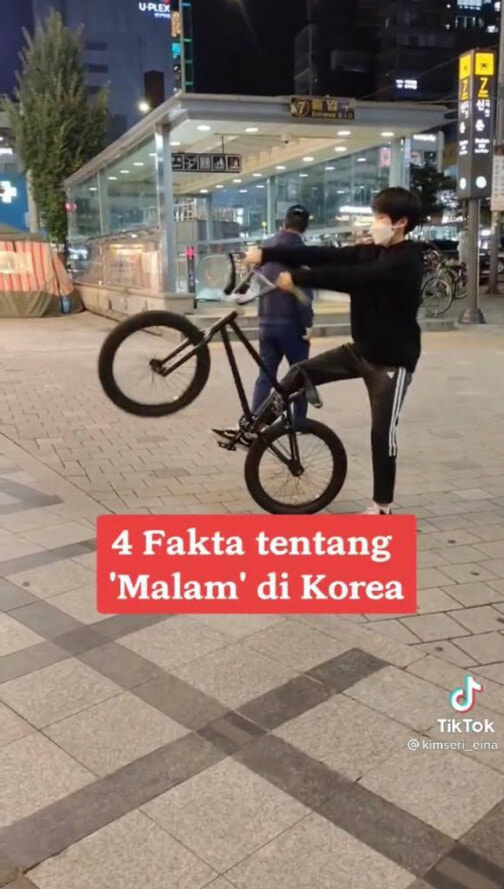 Being a Malaysian living in Korea, people were excited to find out more about Korea. But little did they know that KimSeri Eina’s facts were a little TOO accurate and real.

Her video started off with her responding to another user who asked her to reveal what South Korean nightlife looked like. The user was perhaps presuming that the nightlife there would be special as portrayed by media.

She then went on to reveal four “facts” about nighttime in Korea.

Her TikTok video received quite an audience with 311.7k likes and 16.2k comments. Netizens felt bamboozled after watching the whole TikTok, with some users even deciding to play along by sending witty comments back.

“Me: focused listening to what she was saying. Also me: EH?”

One user commented saying that they were so eager to listen to it. Little did they realise the facts were a little TOO true.

“Starting from the facts that talked about the car lights, I started to get confused,” stated another user. 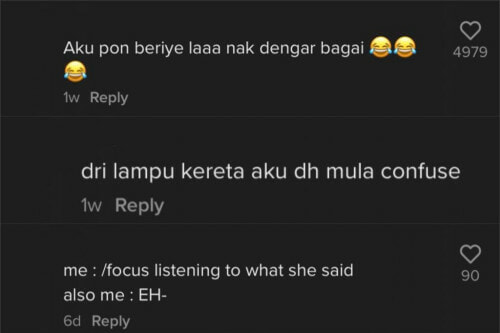 Expressing how “shocking” these facts were, one Twitter user questioned, “Do cars in Korea really switch on their lights at night? Because in Malaysia, all the vehicles usually just uses candles”.

“What a unique country this is. Why does Malaysia not have it. I want it too”

Another user was “stunned” after finding out that nighttime in Korea is dark, which is different compared to daytime. 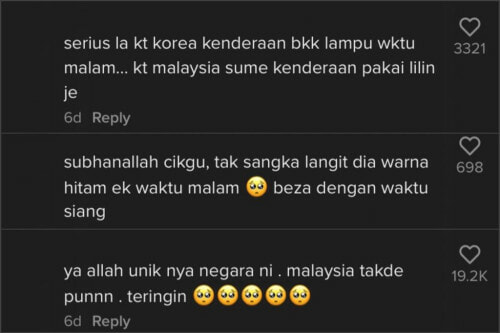 Continuing to play the character, KimSeri replied by explaining that she does not want anyone to get confused later on.

The purpose of TikTok acts as a ‘guide’ for people who wish to visit the country.

KimSeri has also made other TikToks in regards to what life in South Korea looks like. This includes videos such as facts About cafes in Korea and other witty content on her TikTok page.

We hope that you were as amused as we were. Let us know what you think about this in the comments down below. 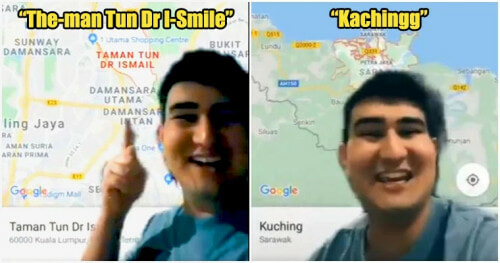