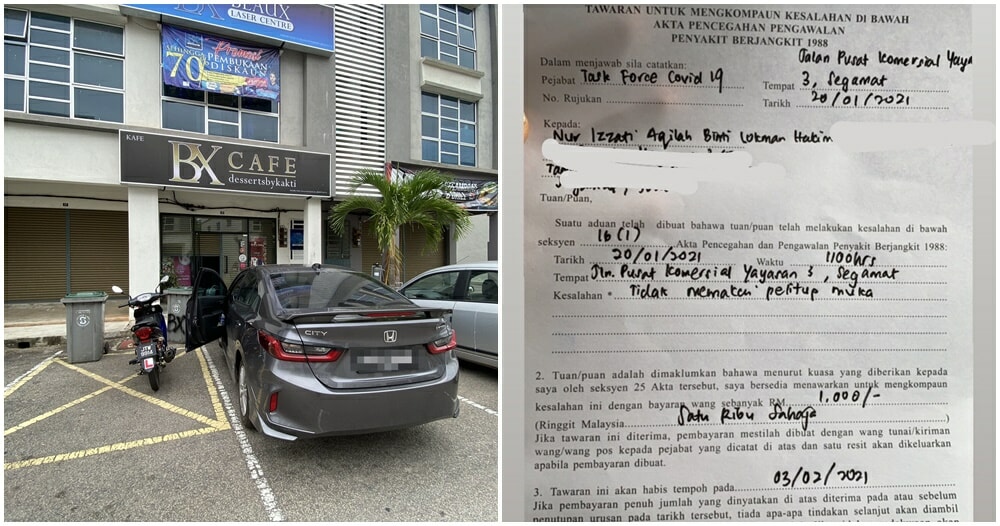 The question of where and when citizens should be wearing masks remains a recurring issue despite the multiple clarifications given by the government.

Recently, a cafe owner and mum of two, Nur Izzati Aqilah binti Lokman Hakim (@kakti64) took to Twitter to share how she was fined for not wearing a mask when she got down from her car to attend to her child in the passenger seat.

“I just got out of my car to get my child from the passenger seat in a NON-CROWDED PLACE. My cafe wasn’t even open yet. He still gave me a fine!” she tweeted.

When World of Buzz reached out to Aqilah, she told us that the officer approached her nicely when she was trying to take her child from the passenger seat in front of her own cafe when no one was around.

Fined in a non-crowded place

“I was shocked and asked the officer,

‘Would I still get fined if there’s no one around me with my kids and it is not a crowded place?’ The police officer said ‘yes you still do. Why don’t you put on a mask!'” 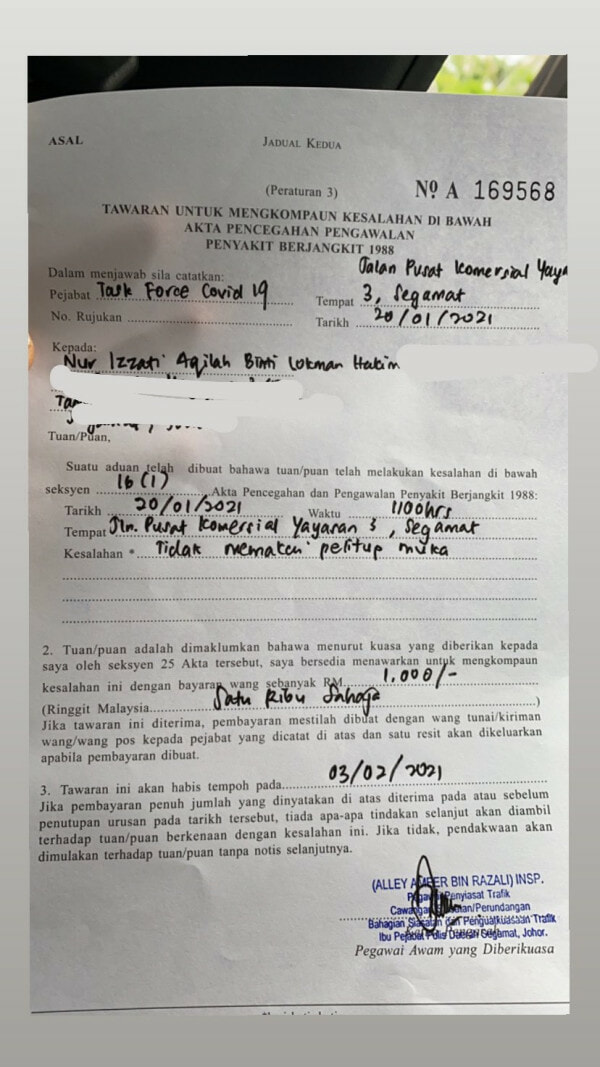 Aqilah emphasised that she is a law-abiding citizen and when she was in another shop prior to getting into her car, she had a mask on. “I just wanted to take my child from his seat. My cafe was still closed. You can see in the picture my cafe was only half-open because it wasn’t operating at that time.” 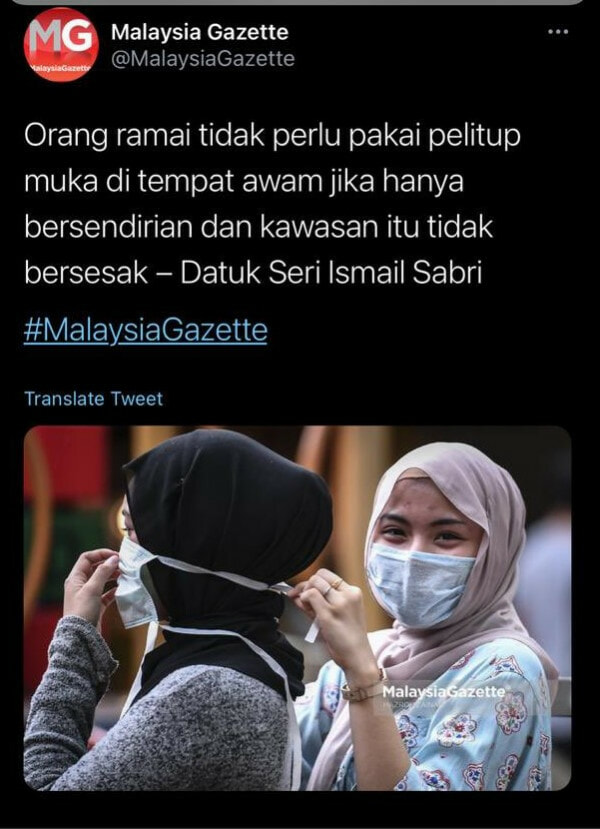 On 15 December, Defence Minister, Ismail Sabri announced that it is not a requirement for citizens to wear face masks when they’re in non-crowded places in public. “I have no idea why the statement given by the police contradicts the one given by the minister. It’s making us confused,” she told WOB.

How you can take action

Nonetheless, Aqilah has decided to report the case and take action accordingly. She advised netizens who find themselves in a similar situation to follow suit. “There are a lot of people who have faced this situation like me. What I can advise is, try not to panic. Take a picture of the situation if possible.” 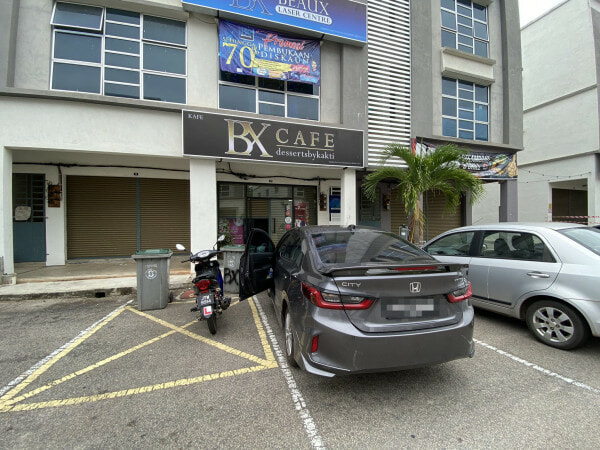 “Then ask for a letter of support from a parliamentary representative or the ADUN in your area. Give one copy to the OCPD (District Police Chief) and don’t forget to attach the following documents:

This isn’t the first time someone was fined despite abiding by the law. What do you guys think should be done about this? 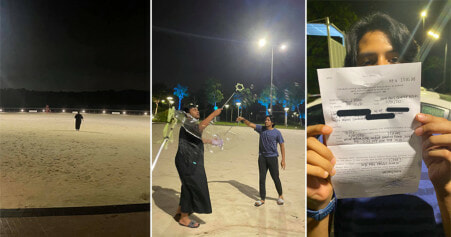