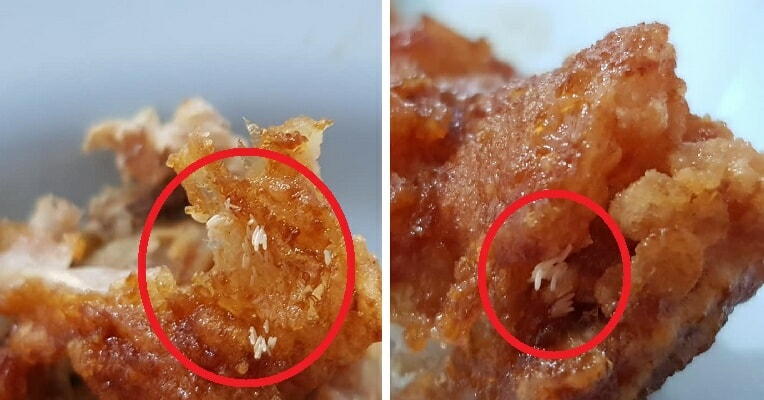 Well, you really don’t want to see such things ever on your food!

Eating fried chicken is certainly one of life’s greatest pleasure but for this Malaysian lady, she was truly grossed out when she encountered something disgusting inside her box of fried chicken. 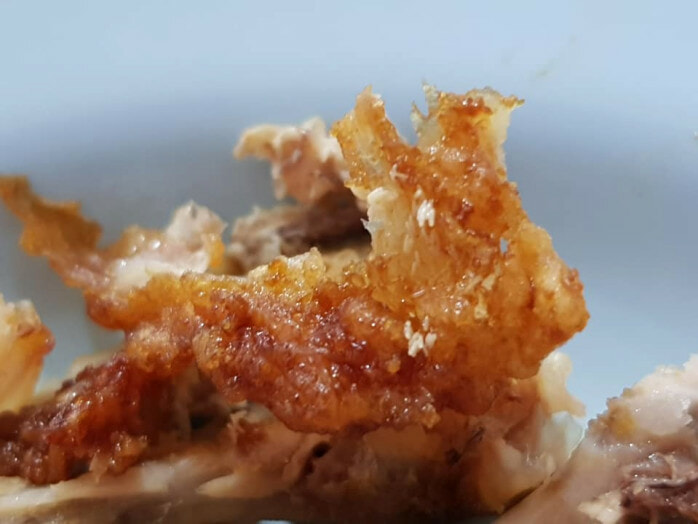 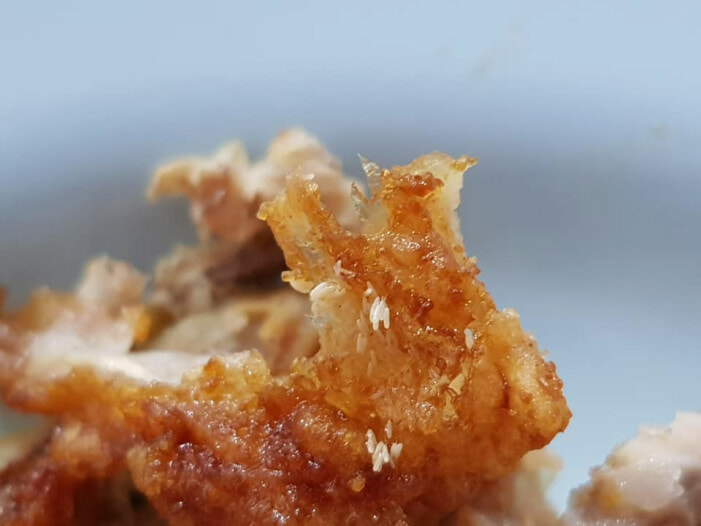 In her post on Facebook, she stated that the incident happened at a popular Korean fried chicken chain located in Gurney Paragon Mall. She had ordered a box of fried chicken to share with her family and her young son. However, after eating about half a box, she was shocked to see that upon closer inspection, there were what looked like fly eggs on the chicken she was eating. Ewww!

She had visited the restaurant on October 8 at around 2pm and her family had finished about half of the box when she spotted something on the chicken wing she was biting. She took a closer look and saw the fly eggs near the part where she had bitten off. Who knows whether she had actually swallowed some or not! 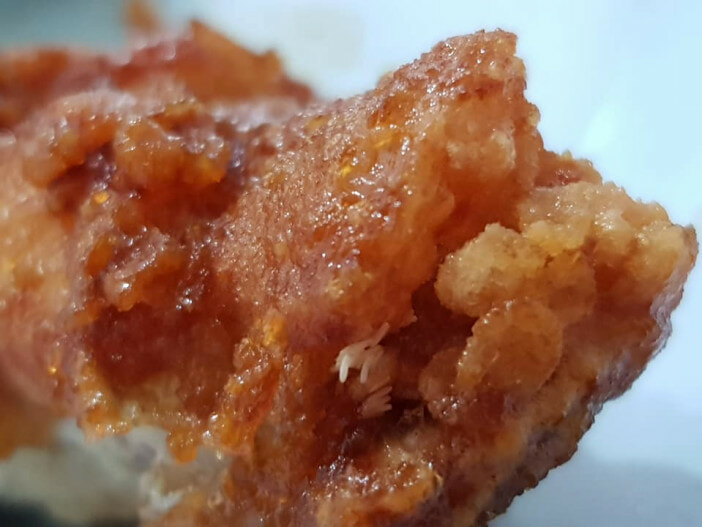 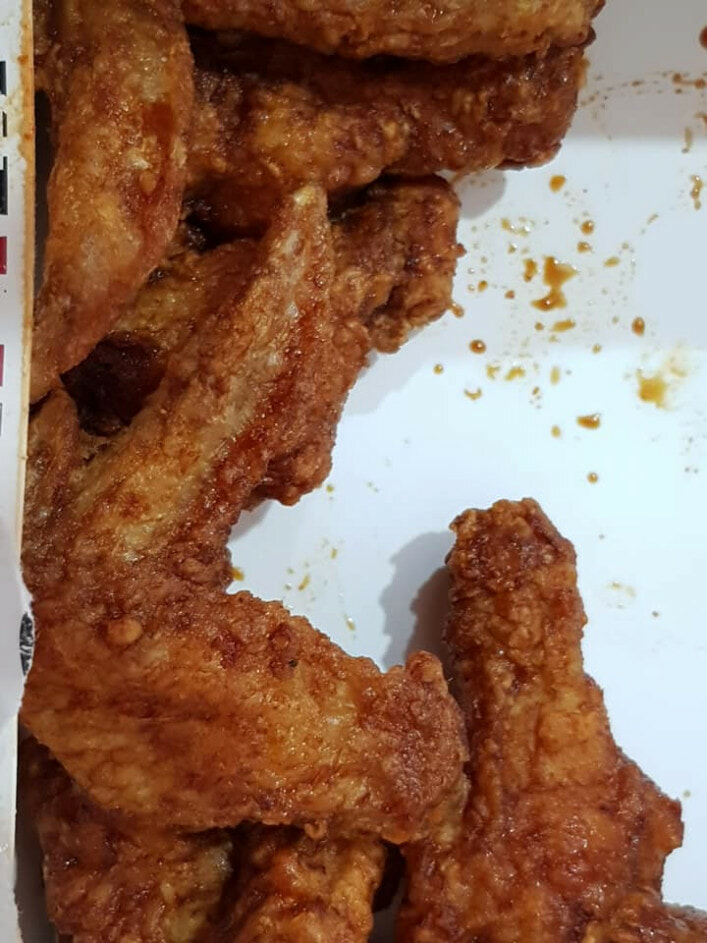 The angry lady questioned the standards of the fried chicken chain’s kitchen and reminded everyone to check their food properly before eating them even if it looks like it came fresh from the fryer. Other netizens who saw the post were equally disgusted by the sight and asked her to make a report. She said that she was only worried about her son’s wellbeing and had already reached out to the restaurant, hoping for an explanation.

[Update] In response to this report, the company has released a statement saying that they have been notified of this issue and are trying to understand the situation clearly. They added, “Our customers are our first priority and we have launched an investigation. We are working very closely with our team in Penang to determine what happened, and to ensure our standards are always adhered to. We’re committed to quality in all that we do, and have always been dedicated to sourcing quality produce that is both fresh and sustainable.”

Looks like we gotta keep our eyes peeled and take a good look before eating! 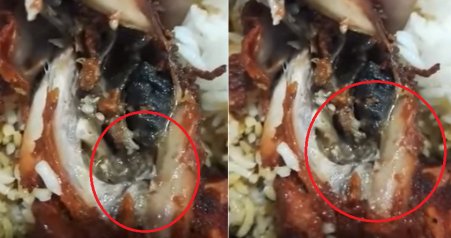