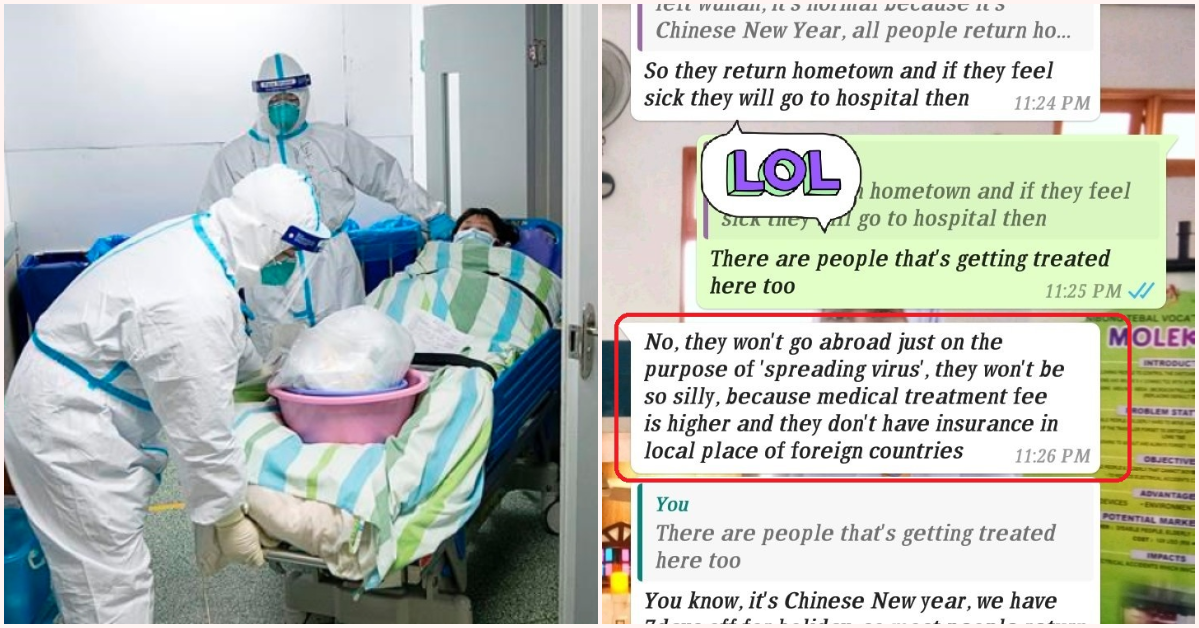 There has been a lot of hate and criticism on how the citizens of China have been behaving amidst the coronavirus outbreak.

This is mainly due to the open (and secret) consumption of odd, wild animals such as bats and rats, as well as the notion that they are fleeing their country to avoid getting quarantined, spreading the virus others in the process.

Balqis (@helpmeimskek) took to her Twitter page to showcase a conversation with her friend, Nico, in China after she had reached out for some clarity on the situation and it turns out, all the hatred and condemnation is very much wrongly targeted.

I have a friend from china.Asked her about the rumors that's been going on in our country about coronavirus.

I'm shocked at how many i got wrong. Retweet this so people don't easily believe in fake news that's been circulating around. These are the important things she said pic.twitter.com/U0f6DkqmYp

Balqis wrote, “I have a friend from China. I asked her about the rumours that have been going around in our country about coronavirus. I’m shocked at how much I got wrong. Retweet this so people don’t easily believe in fake news that’s been circulating around. These are the important things she said.” 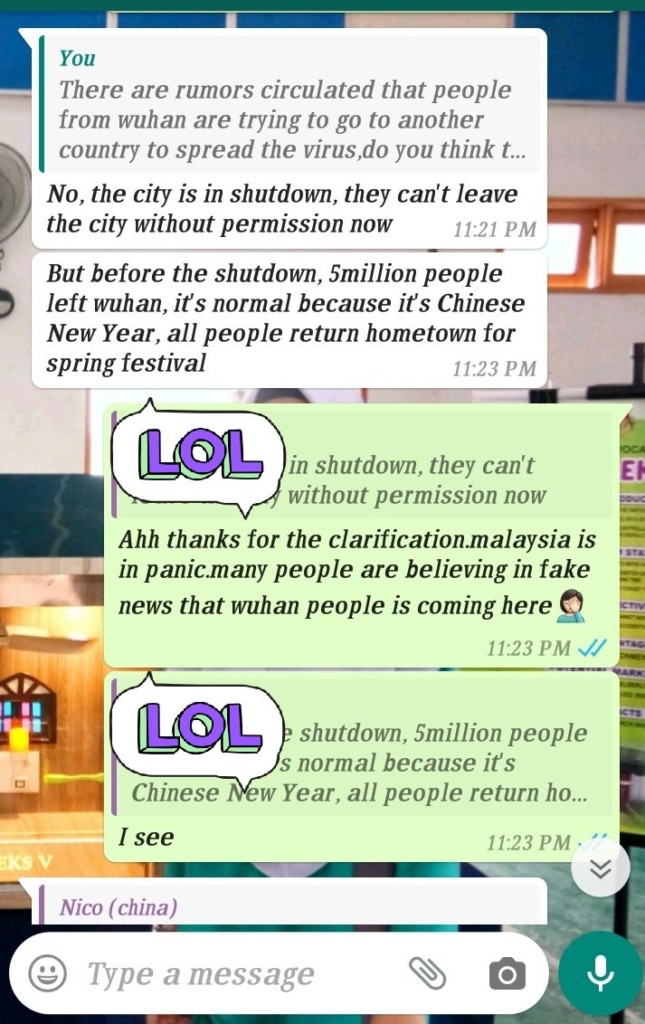 Those who are worried that Chinese people are purposely leaving their country in order to spread the virus, rest assured that there was never such intention.

Nico explained that Wuhan is currently under shutdown and those living there are not allowed to leave without permission. However, before the shutdown, over 5 million people left to their respective hometowns to celebrate Chinese New Year and the spring festival. 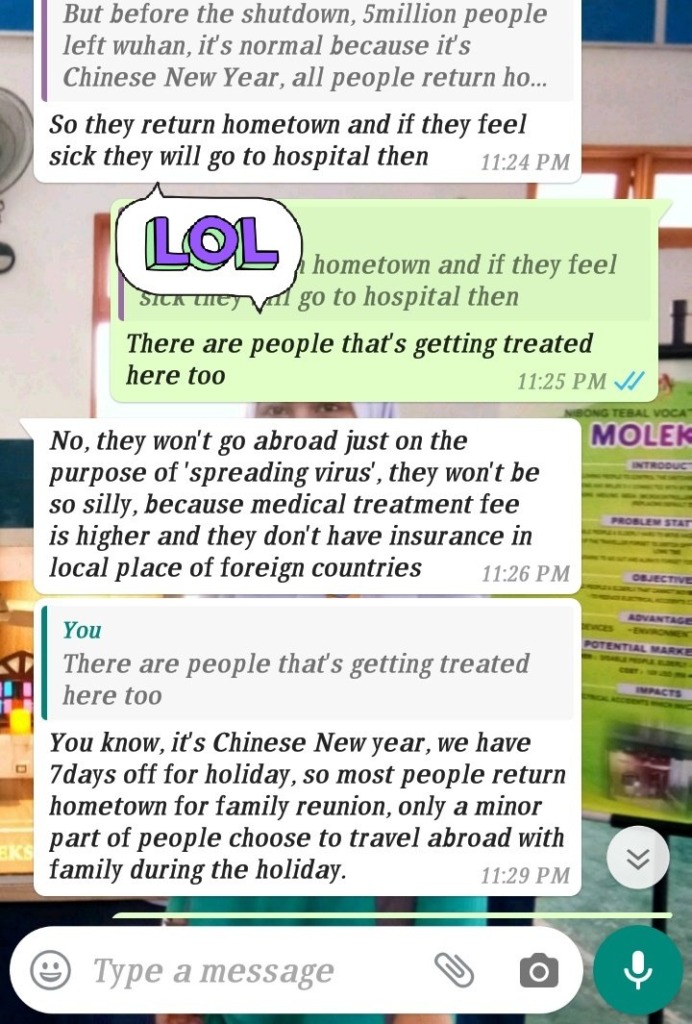 But what happens when someone with coronavirus leaves the country without knowing they have the disease?

“So when they return to their hometown and then they feel sick, they will go to the hospital,” she added, to show that Chinese citizens are willingly surrendering themselves to medical professionals so that they don’t infect others. The Chinese receive a week off during the Chinese New Year celebrations, prompting them to utilise that time for family reunions in their home towns and travelling abroad for family holidays.

“No, they won’t go abroad just on the purpose of ‘spreading the virus’. They won’t be so silly as medical treatment fees would be higher and they won’t have their local insurance in foreign countries,” Nico said. 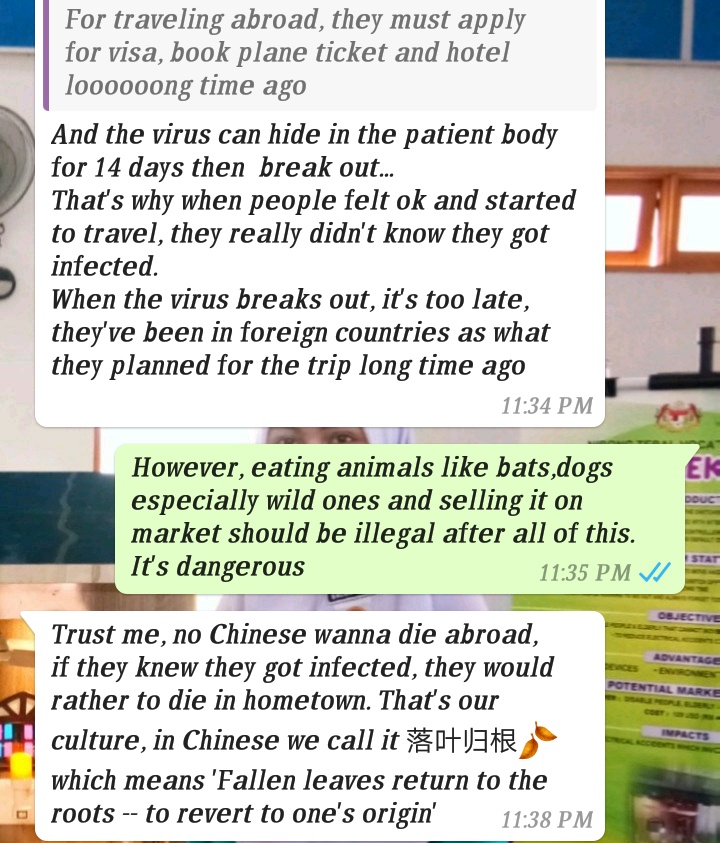 According to Nico, the virus apparently hides in the patients’ body for about 14 days before it breaks out, hence, those who left China clearly didn’t know they were infected when they chose to travel.

And for those who are still sceptical about their intentions, Chinese citizens actually prefer to meet their end back in their home country based on an old saying, ‘落叶归根’, which means ‘Fallen leaves return to the roots, to revert to one’s origin’. 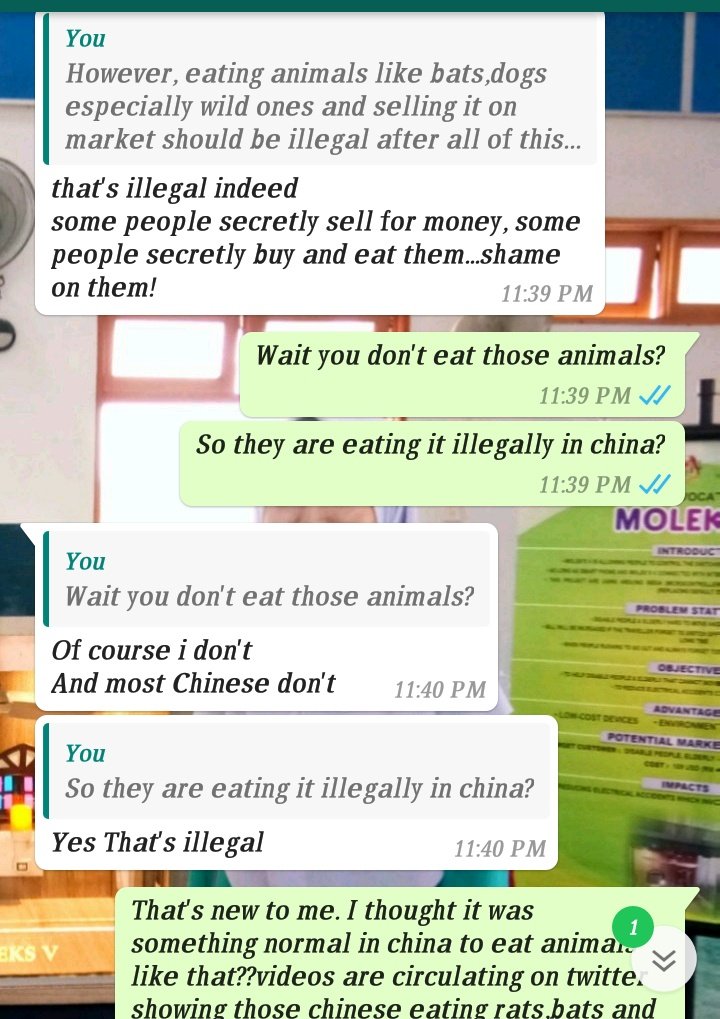 And regarding the issue of the bat soups and eating newborn mice, Nico mentions that it’s illegal to eat such animals in China. Apparently, a minority of people in China are involved in the sales, distribution, cooking and consumption of these animals and it’s looked down upon by their own people!

Those people filming themselves eating such horrific dishes have been considered as people looking for online fame and attention. 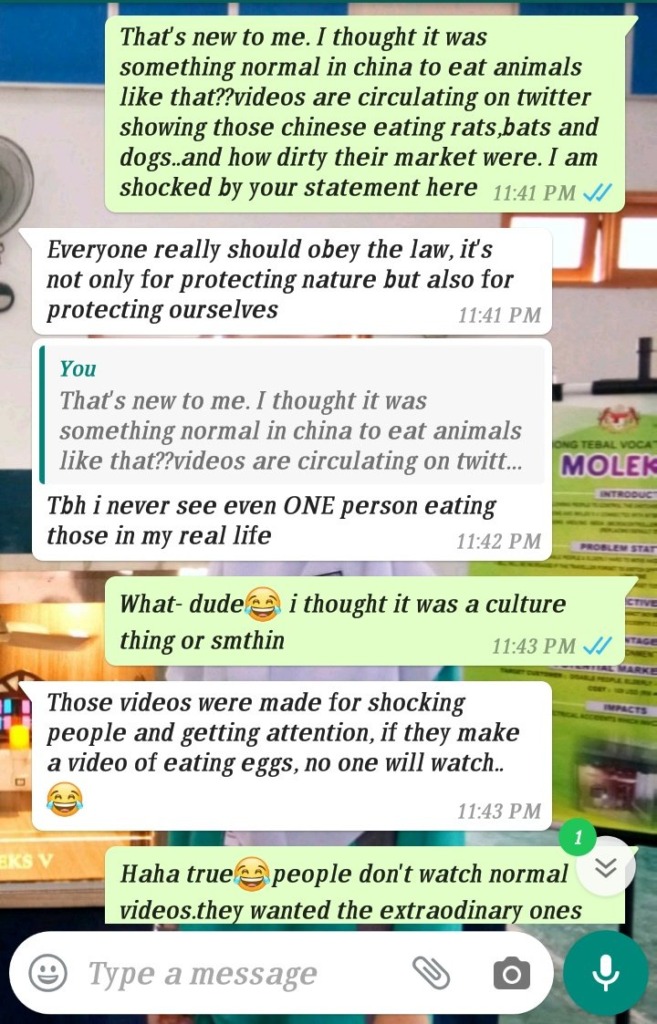 “Those videos were made for shocking people and getting attention. If they make a video of themselves eating eggs, no one will watch,” Nico ended.

Hence, you see, it’s unfair to blame an entire country or race of people for the breakout and spread of coronavirus.

Balqis’s posting has since garnered over 5,300 retweets.

Remember, kids, lets not point fingers at an entire community of people just because of a few bad eggs. 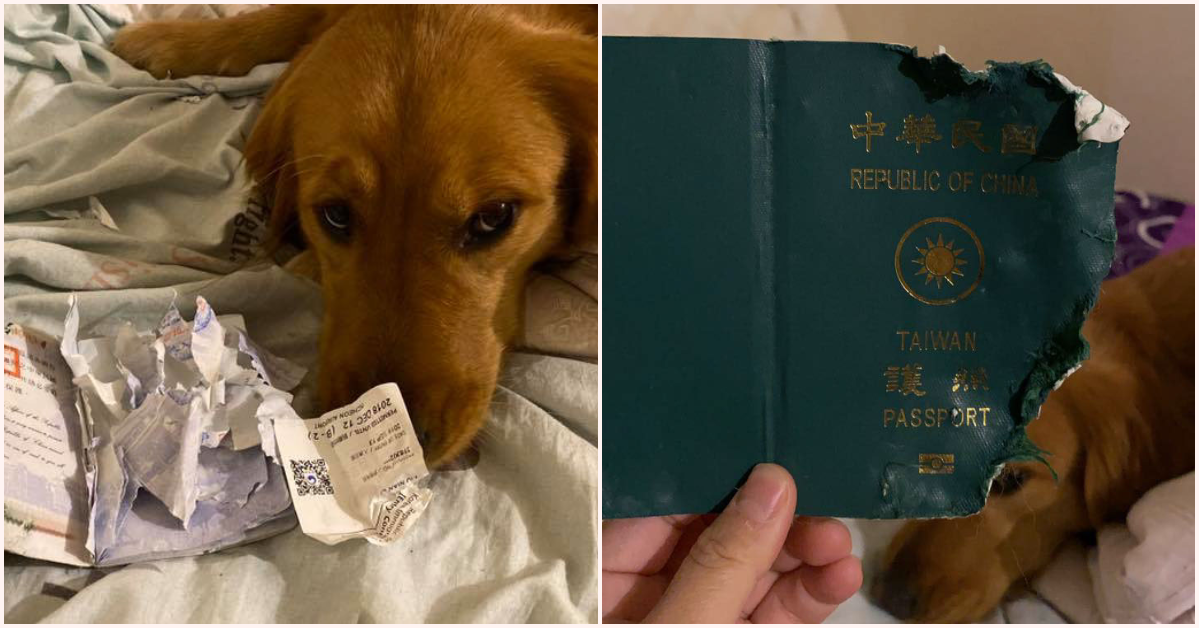