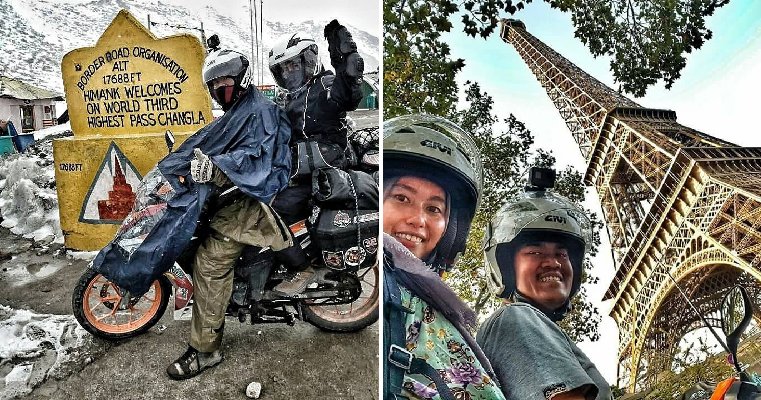 Travelling to Europe for a vacation is probably already in most of our bucket lists but this cool Malaysian couple not only completed the dream, they did it in a really adventurous way too! 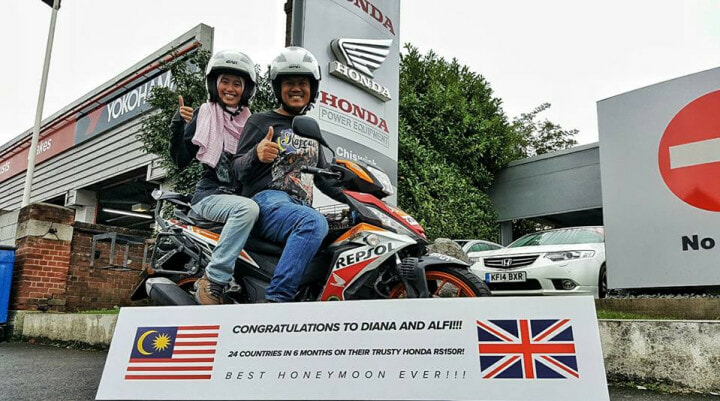 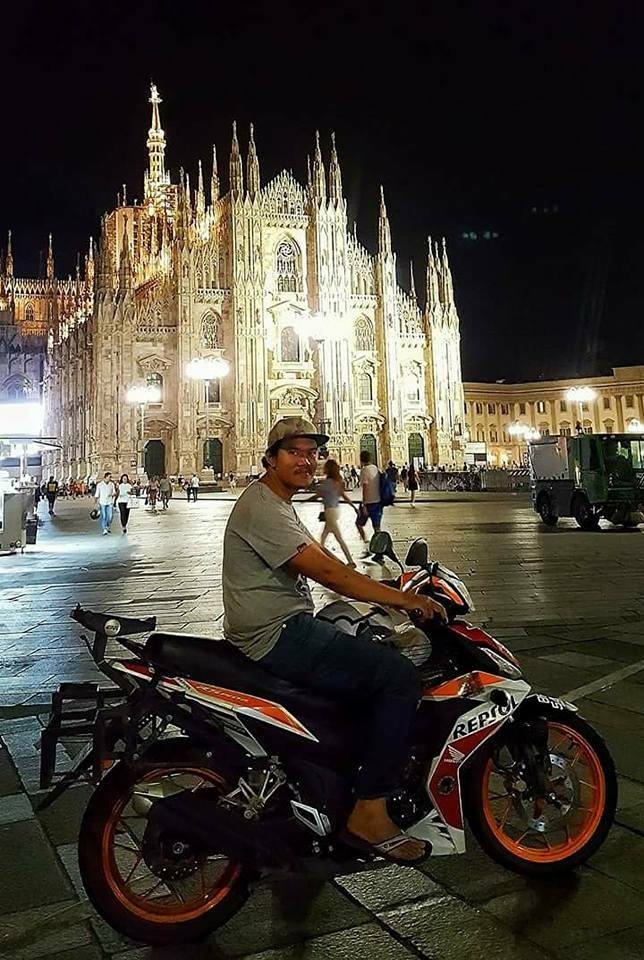 Mohd Alfishahrin Zakaria, 31, and his wife Diana Latief, 30, have recently gone viral after sharing their incredible journey of travelling to Europe, on their Honda Rs150r motorcycle. They rode it all the way there! These type of motorcycles are fondly known as “kapcai” in Malaysia.

Apparently, their journey started on April 8 and they’ve travelled to about 25 countries. They ended their journey on September 15 when they finally reached Malaysian soil, after a strenuous but exciting journey of more than 150 days. According to Berita Harian, one of their most memorable moments was when they managed to reach London in time for our National Day as they wanted to wave the Jalur Gemilang there during such an important occasion. 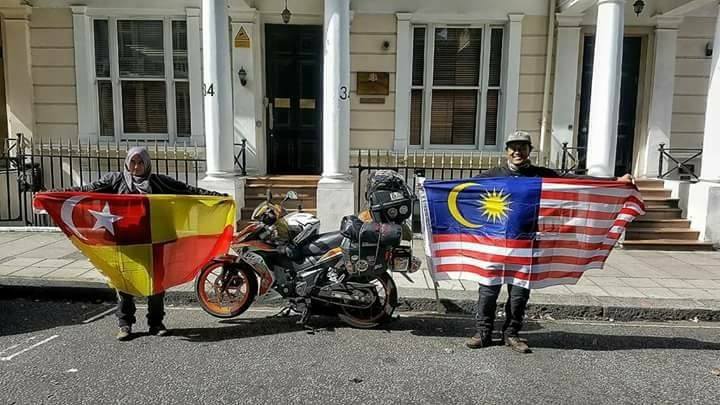 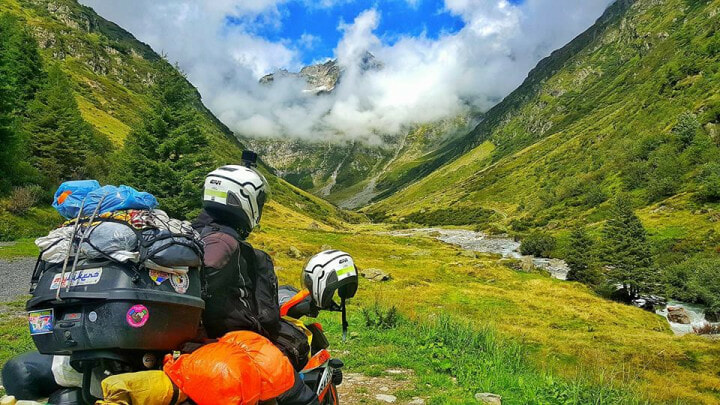 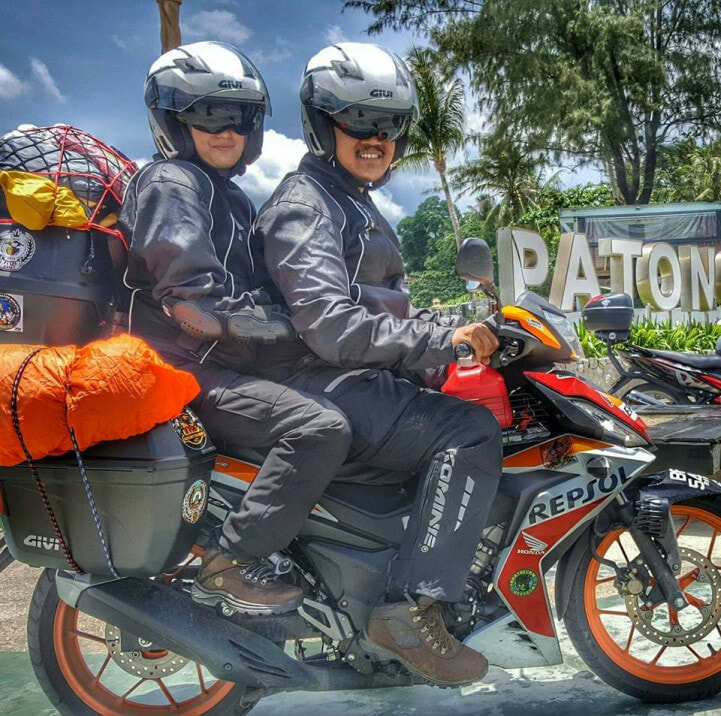 During the course of the journey, Zakaria said that they had actually covered more than 27,000km and pumped about RM2,800 worth of petrol into their kapcai, which they lovingly dubbed Miss Orange. He added that they had used fuel costing as little as RM1.20 to as much as RM9 per litre and usually serviced the motor once every 3,000km.

It appears that their epic journey costed them about RM40,000 in total but they were lucky enough to receive some sponsorship from various companies that helped lessen their burden. Their trusty motorcycle handled the different weather conditions and terrains beautifully although they said that India was the most challenging to navigate due to its rough terrains. 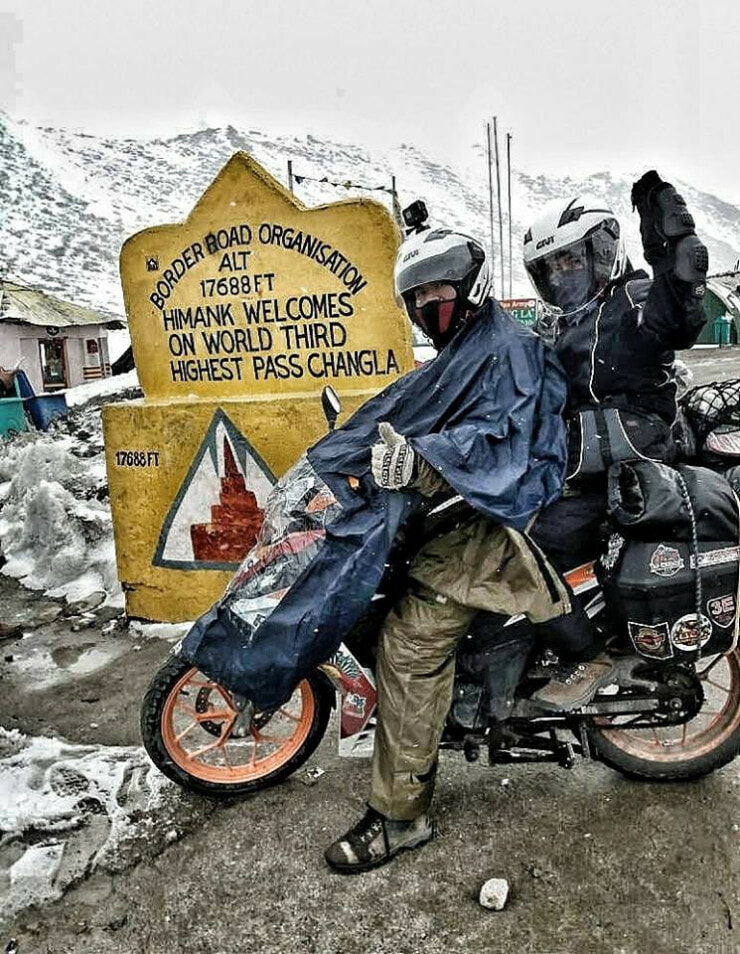 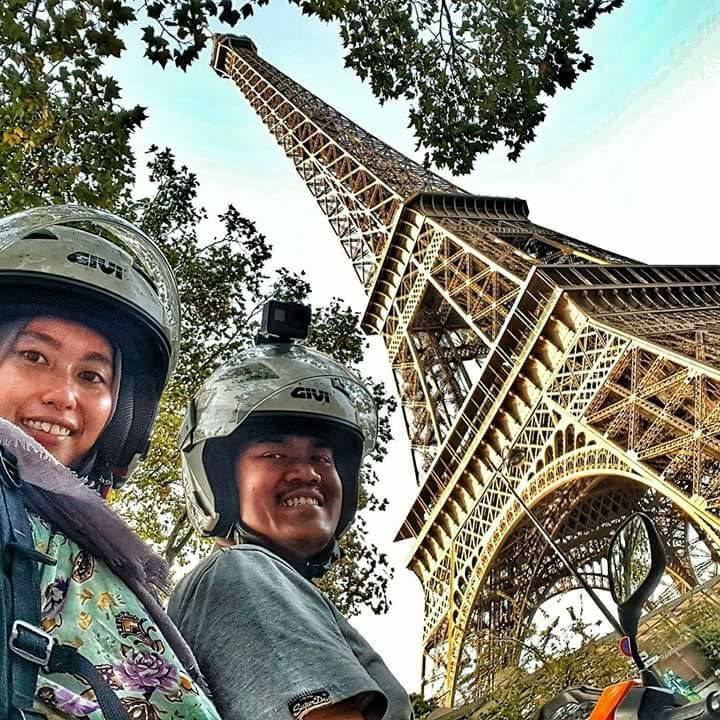 Based on one of their posts, it costs quite a hefty amount to bring their little kapcai back to Malaysia on a plane so they decided to ship it and it took about two months for it to arrive. In a new post, Zakaria explained that they rode from Malaysia to France, as you can actually do that but once they arrived there, they had to take a ferry or train to reach London.

If you’re curious to know more about their epic globetrotting feat, they have posted all the relevant information on their respective Facebook pages here and here so you can check it out!

And then there’s us who spend a crazy amount of money just to get to Europe!

Well, if you love travelling the world to experience new culture and want to do so affordably like this awesome Malaysian couple, make sure you check out these insanely awesome travel deals for flight or hotel here!
Ultimately, life is too short to be stuck in one place 😉