As Malaysians, our religions can be an important part of our lives. But there’s a fine line between practising one’s faith and being so obsessed to the point you want to convert others.

Taking to Twitter, @Gaya3Menon called out people like these who are actively seeking to convert non-Muslims, her in particular, to Islam, saying that it’s disrespectful.

Dude. It is disrespectful. Every single time when someone ask me to convert to Islam, I get annoyed. What if I asked you to convert and be a Hindu ? Learn to respect us, it’s not wrong you wanna expand your religion. I don’t care about that…. https://t.co/HccwvWoixa

She writes, “Dude. It is disrespectful. Every single time when someone asks me to convert to Islam, I get annoyed. What if I asked you to convert and be a Hindu? It’s not wrong that you want to expand your religion, but learn to respect us.”

In her thread, @Gaya3Menon explains what triggered her outrage. 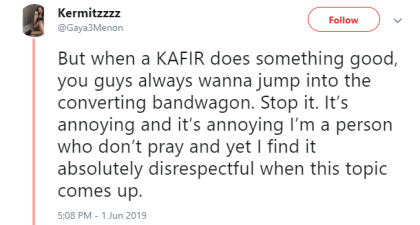 “When a KAFIR does something good, you guys always want to jump into the converting bandwagon.”

In her argument, she argues that everyone can live happily, despite holding on to different faiths.

“You live your religion, and I can live mine. All of us can be happy, exchanging thoughts and ideas. Religion is only a guideline. It is not something you use against someone.”

The problem, however, is not limited to Muslims, as Christians are also guilty. She shares a screenshot of a Christian evangelical replying to her tweets. 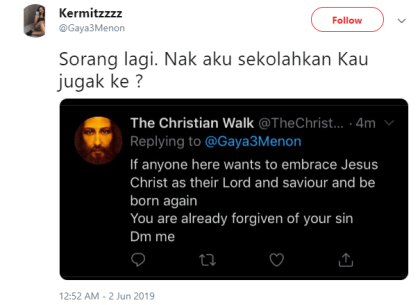 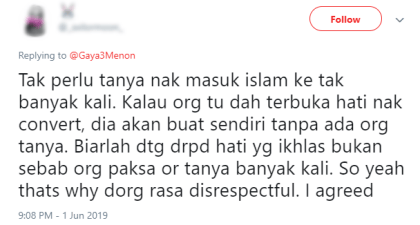 One netizen writes, “You don’t have to ask a person repeatedly to embrace Islam. If the person wants to convert, it should be done at their own accord. It should come out of sincerity and not through force.

“If they go through a never-ending barrage, then I agree that it’s disrespectful.”

Another netizen spoke of how Muslims are not allowed to force anyone to embrace Islam. 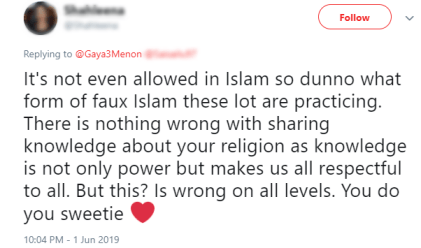 Many agreed that one should never be forced to accept another religion. The underlying message is clear. We can live together despite our differences BUT respect has to come first.

And when in doubt, think of the golden rule: If you don’t want others to convert you, don’t try to convert others. Simple jer! 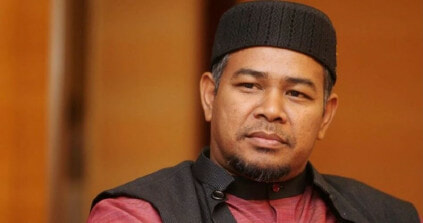