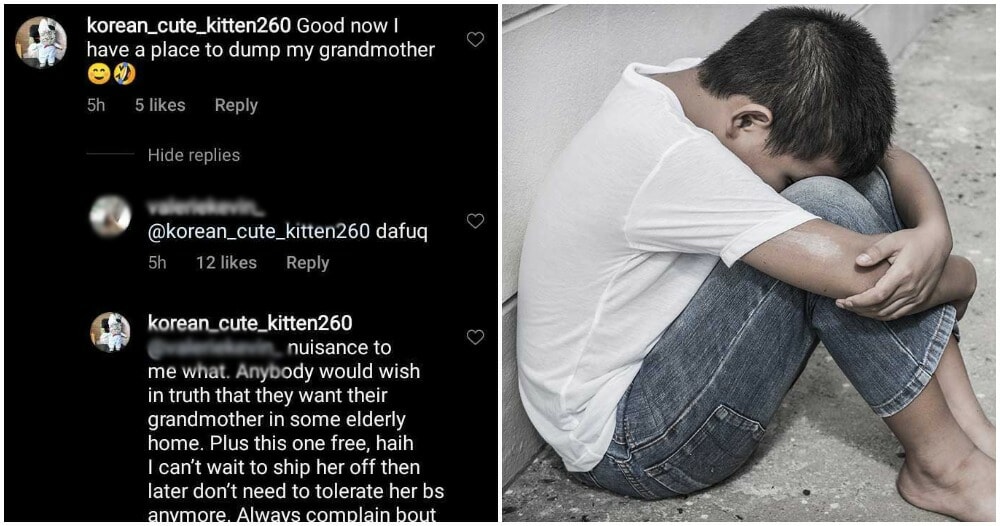 Ever since the emergence of the Internet, trolls are no longer strangers in the comment section. For whatever post, they’ll appear with their derogatory comments and borderline cyberbullying.

However, have you wondered what actually goes behind their thought process before they post these comments? We decided to take a dive and actually confront a troll for some comments he left that enraged netizens.

On Wednesday (26 August) WORLD OF BUZZ made a post on our Instagram regarding an old folks’ home that’s in urgent need of donations.

Located at Taman Seri Serdang, Selangor, Xiao Xin Serdang Old Folks’ Home started operating since 2 May 2019. This old folks’ home has been taking in some of the poor and abandoned elderlies for free.⁣ ⁣ Speaking to WORLD OF BUZZ, Chua shares that the elderlies in the old folks’ home are aged from 61 years old to 86 years old.⁣ As a volunteer of the shelter, besides relentlessly reaching out to people for donations, Chua keeps the elderlies company and chats with them. He also cleans and buy necessities for them.⁣ ⁣ Xiao Xin Old Folks’ Home is currently in a poverty-stricken condition and hopes to seek more help and donation via the power of social media.⁣ ⁣ For the full story, click on the link in our bio.⁣ Want more stories like this? Follow us on @worldofbuzzofficial

The story was about the old folks’ home located at Taman Seri Serdang, Selangor, Xiao Xin Serdang Old Folks’ Home started operating since 2 May 2019. This old folks’ home has been taking in some of the poor and abandoned elderlies for free. Xiao Xin Old Folks’ Home is currently in a poverty-stricken condition and hopes to seek more help and donation via the power of social media.

Now, this is where an Internet user by the username @korean_cute_kitten260 chimed in with his comment.

“Good now I have a place to dump my grandmother.”

Now, to no one’s surprise, this comment enraged netizens who called him out which resulted in him saying even more questionable things. 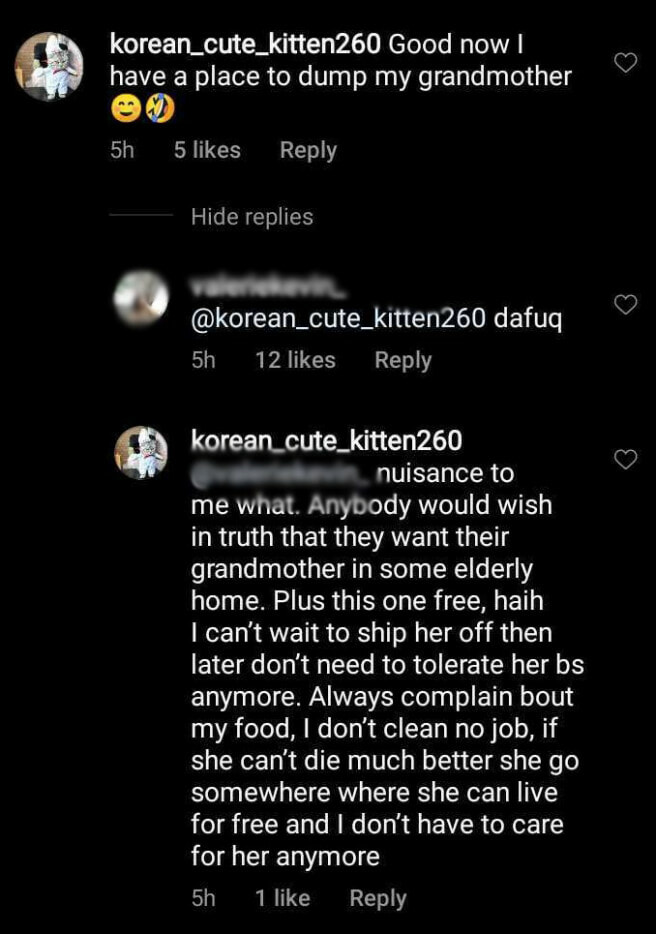 However, when a netizen asked if he would be ok with his children placing him in an old folks’ home, his response was pretty violent. 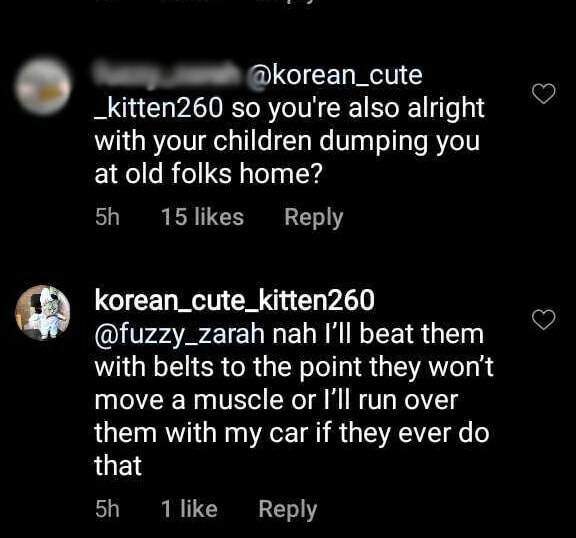 He even added that he would even assault his wife if she ever angered him. 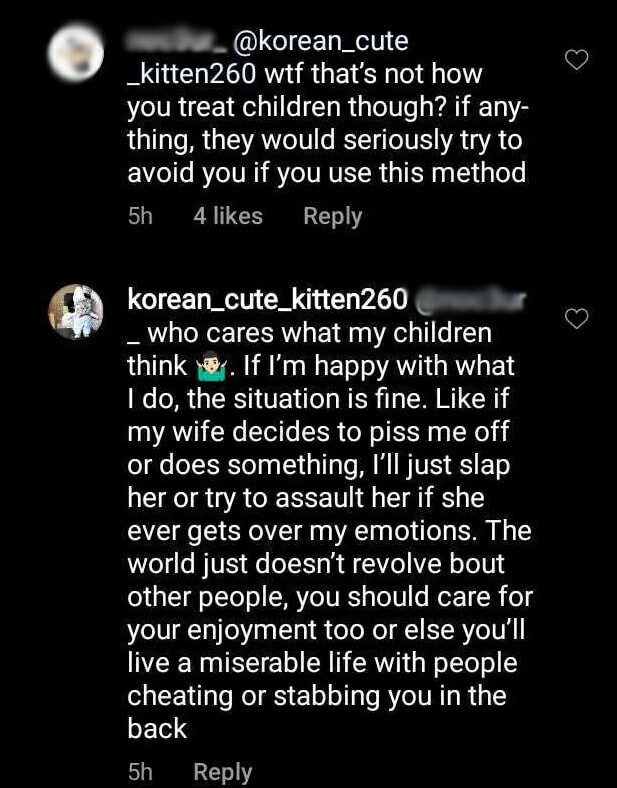 “The world doesn’t just revolve around other people, you should care for your enjoyment too or else you’ll live a miserable life with people cheating or stabbing you in the back.” 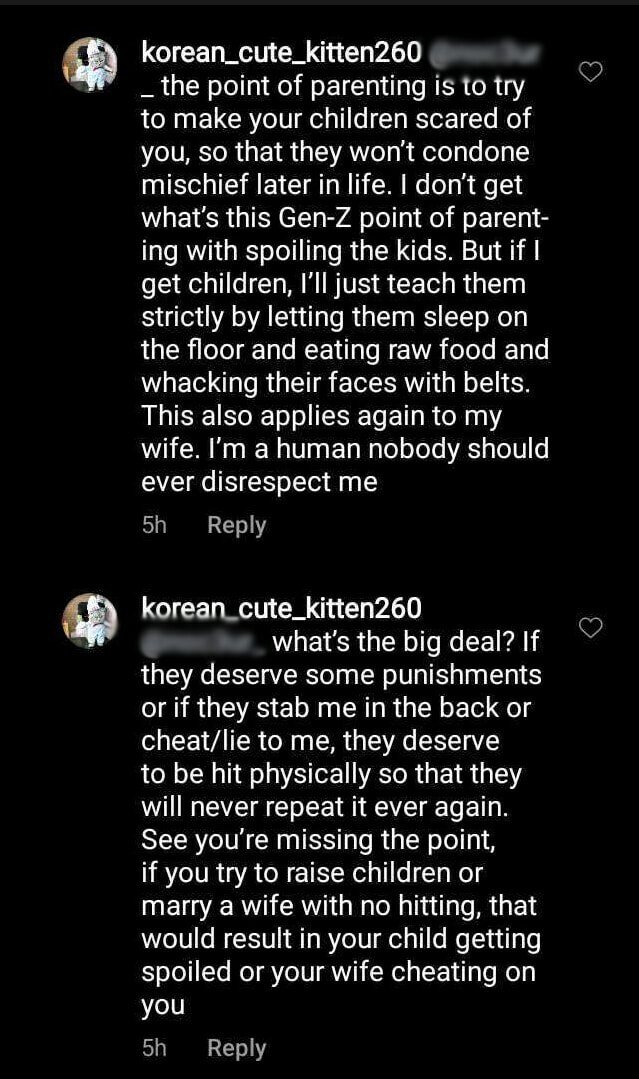 At this point, commenters started questioning if he was a “troller” but he insisted he wasn’t and this opinion stemmed from his upbringing where his strict parents never really gave him a chance.

“Sometimes if I didn’t agree with him when I was 6 or 7 years old he took me to our kitchen, took a metal rod heated it up on the gas stove and pressed it against my arm until the pain was unbearable and when he thought it was enough he would stop.”

Speaking to WORLD OF BUZZ, the user shared traumatic experiences from his childhood where he would be locked in a room and fed through the bottom of the door. He added that due to his family issues, he isn’t able to differentiate what is right or wrong as he sees a mix of it. Despite his trauma, he still follows his parents’ wishes until their death.

However, he did admit his mistake of making those comments on the post but it was only due to his upbringing.

He said the majority of Gen Z parents are going to lose this strictness in parenting as well as in a marriage. While he wouldn’t resort to abuse but severe punishments need to be implemented be it to his future partner or children. 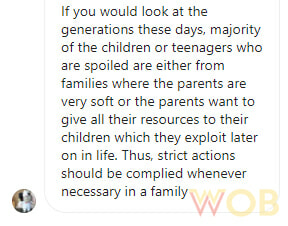 Here’s who you can reach out if you’re facing domestic abuse or if you know someone who does:

In your opinion, how much of a role does upbringing play in someone’s life? Let us know in the comments section!