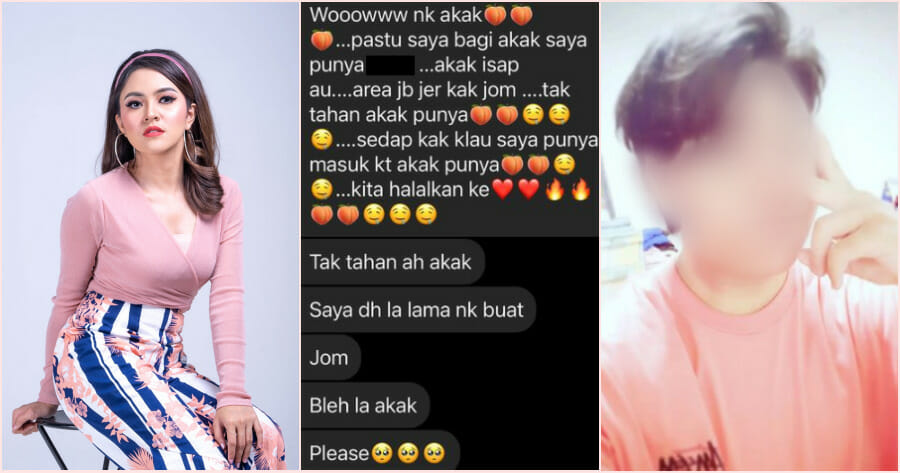 Incidences of sexual harassment have become the norm with plenty of women stepping up to share their experiences with it.

However, celebrities and well known public figures probably get it much worse as they are often bombarded with sexual remarks and comments by their ‘fans’.

It appears that some celebrities are finally fed up with accepting it and are now exposing and speaking out on such instances.

Local actress and singer Baby Shima recently took to Instagram to expose the identity of a male social media user and accompanied the post with a couple of screenshots of the sexual messages she received.

In a screenshot of his messages to her, it can be seen that the man was pleading and begging for her to have sex with him.

Shima’s post reads, “Please, someone help him suck his d*ck.”

Netizens commended her for exposing him

At the time of writing (19 May), the posting has been flooded with over 2,000 comments from netizens on Instagram. 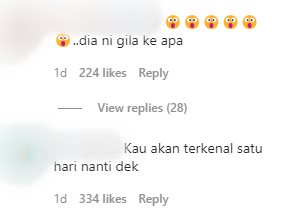 One netizen commented, “I think his account was hacked.”

Another said, “I don’t want to back him or anything but as far as I know, people who are actually romantically interested in you will not use words like this.”

“It looks like either his friends are messing with him. Or a little brother is sabotaging his brother’s phone,” added the user.

Hopefully this serves as a reminder for men not to send unsolicited sexual messages to artists and celebrities.

What do you think? Is it simply a case of sabotage? Let us know in the comments. 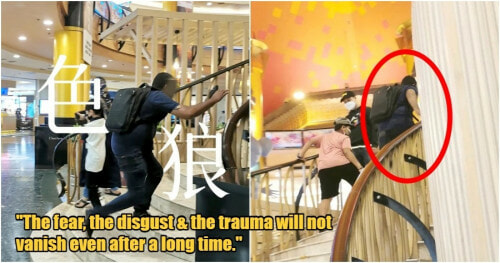