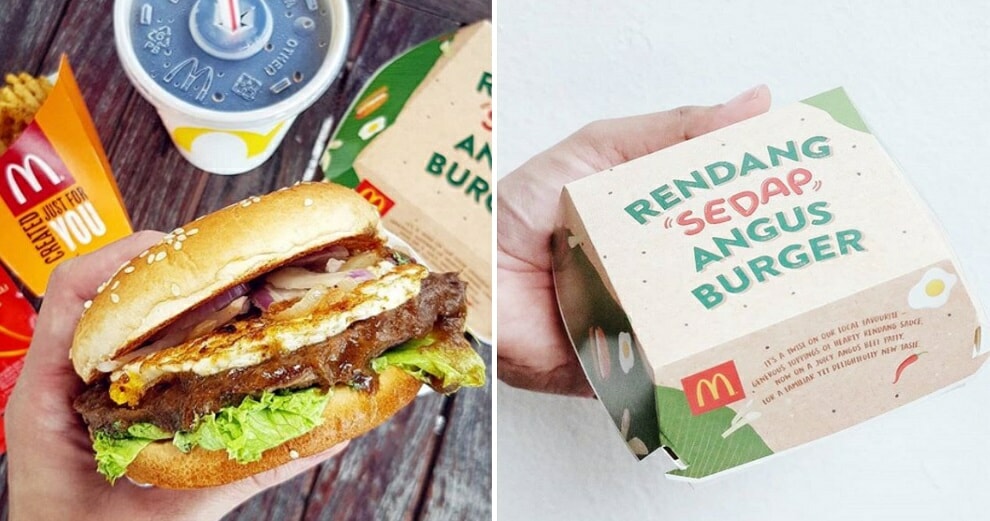 Anyone remember the Great Nasi Lemak War of 2017, when Malaysians and Singaporeans were arguing after McDonald’s Singapore came out with a nasi lemak burger for their national day? (Yes, we’re being overdramatic lol)

Well, things between Singaporeans and Malaysians got a little heated, as many engaged in a debate over which country owned the famous dish, and even prompted local burger joints to make their own version of the nasi lemak burger, which they claimed was better than the Singaporean version.

Well now, after the whole “crispy chicken rendang” debacle that happened earlier this year that united Southeast Asians from all over the region (even a petition was filed to get the MasterChef UK judge to apologise for his remark), McDonald’s Singapore has now rolled out a Rendang Burger in conjunction with their 53rd National Day. Tbh, it looks pretty delicious! 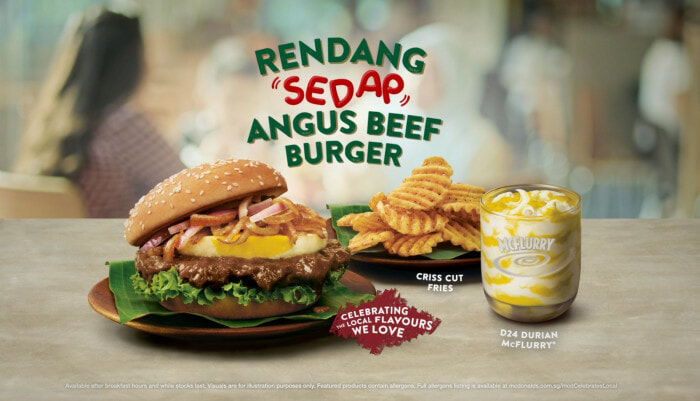 McDonald’s released their Rendang Sedap Angus Beef Burger made up of a 100 per cent Angus beef patty dipped in a rendang sauce made from coconut milk, ginger, kaffir lime, lemongrass, onion, garlic and spices, whole leaf lettuce, sliced red onions along with grilled caramelised onions, and a fried egg. Wah, sounds decadent, to say the least!

This burger is made up of a chicken thigh marinated with prawn paste and coated with crispy breadcrumbs, topped with prawn paste-infused mayonnaise, along with lettuce and cucumbers. On top of that, you can even enjoy the fried chicken in the form of drumlets.

What’s more, they’ve even brought back their D24 Durian McFlurry along with their Criss Cut Fries, too! Wah, Singaporeans are really being spoilt this year! 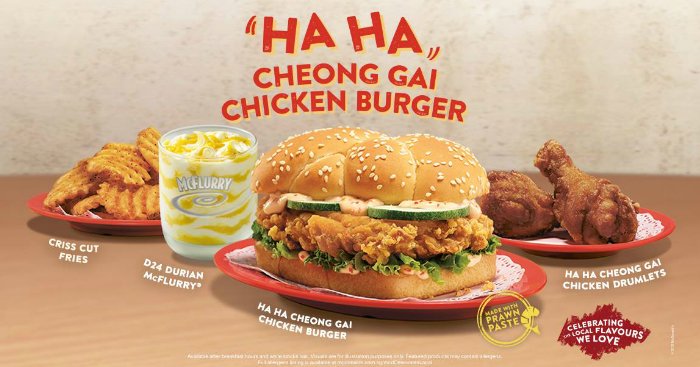 Any of our peeps over in Singapore tried either of these burgers yet? Worth it or not? Share your verdict with us in the comments below! 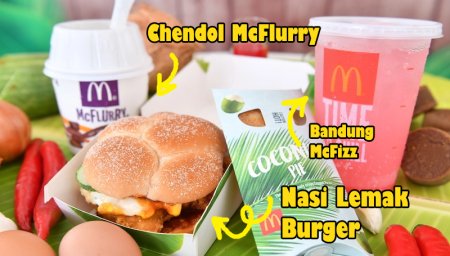