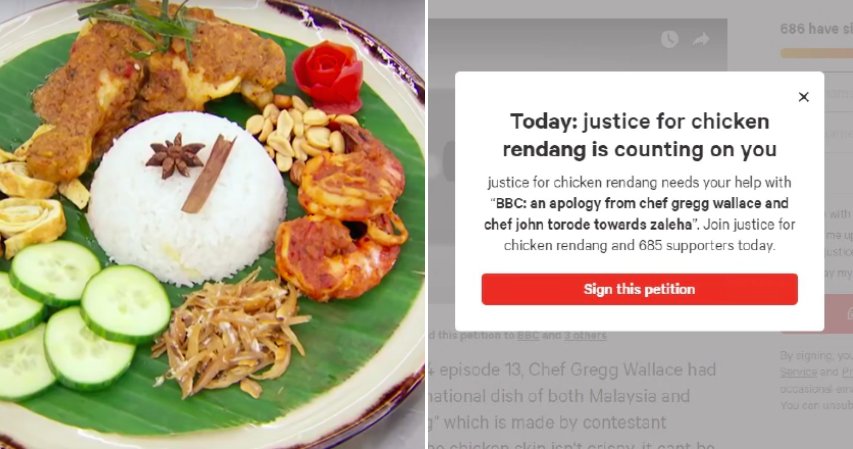 Looks like people are still not over MasterChef UK’s judges’, John Torode and Gregg Wallace’s ignorant comments about Zaleha’s chicken rendang not being crispy!

Source: the sun & the independent

While John and MasterChef UK’s spokesperson defended their side of the case, it appears that people still aren’t satisfied with the judges.

This is because there’s now an online petition demanding the chefs to apologise for the inconsiderate remark about the chicken rendang, reported NST. So much drama over chicken rendang!

Two days ago (3 April 2018), a petition titled, “An Open Apology From Chef Gregg Wallace and Chef John Torode”, was started by a netizen with the username ‘justice for chicken rendang’ on Change.org, who demands a public apology from the judges over their lack of rendang-related knowledge. 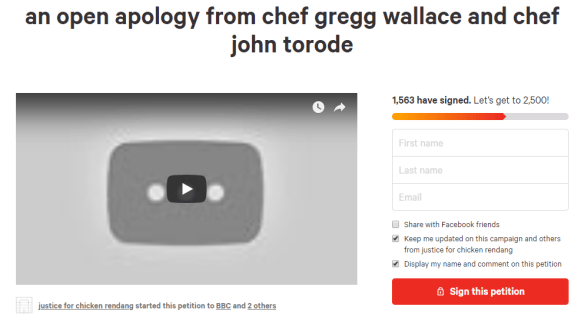 As of now, 1,581 people have already signed the petition and the number is going up by the minute, getting closer to their goal of 2,500 signatures.

Like any other petition, the person who signs it is given the option to leave a comment on the issue. For instance, one netizen from Petaling Jaya commented that a chef should know the taste of the food they try, saying,

“And to ridicule other nations’ dishes is just unprofessional of a chef.”

Similarly, another netizen who signed the petition said that it’s obvious that the chefs don’t know how rendang should be like. He wrote, “Please la, come to Malaysia and try first before you simply comment and judge. Noob judge.”

Meanwhile, today (4 April 2018), the judges, John and Gregg, both personally addressed the controversy in an interview on the British talk show, Good Morning Britain, reported NST. You can watch the interview here;

According to Gregg, his comments on Zaleha’s chicken rendang was taken out of context.

Well, sounds like he made a mistake with his choice of words.

He later added that only the best cooks will get through.

“She didn’t go out because her skin wasn’t crispy. She went out because the other cooks were better,” he explained.

Phew! This rendang issue is spreading like wildfire as it’s been the talk of the town for almost a week! Don’t you think that maybe it’s time we put this matter to rest?

Tell us what you think in the comments! 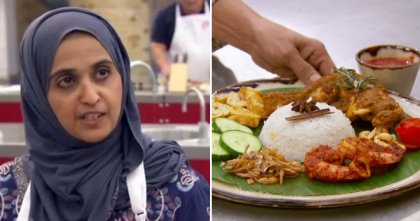