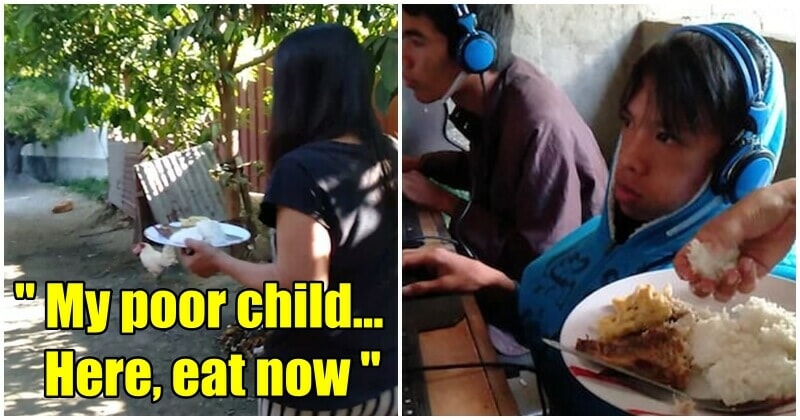 A viral video showed a mother making her way to a local cyber café to feed her teenage son due to his refusal to take a break from his 48-hour gaming marathon. 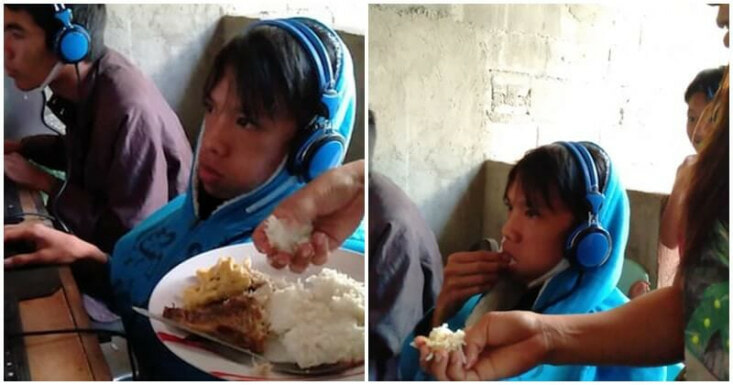 The paragon of good intentions gone bad, this mother is living proof that overly lax parenting is definitely not a good thing.

Reported in the Daily Mail, Lilybeth Marvel is forced to feed her 13-year-old child, Carlito who is seen obsessively engulfed with a battle royale PC game called ‘Rules of Survival’.

Refusing to leave the screen, the Filipino mother records herself attempting to coax him to eat during his gaming binge.

In the three-minute video, Ms Marvel can be heard saying ‘My poor child… Here, eat now.”

“You have so much money, it might take till tomorrow for you to get home. Are you still needing to pee? My goodness, just feel sorry for my child. You are so irritating.” 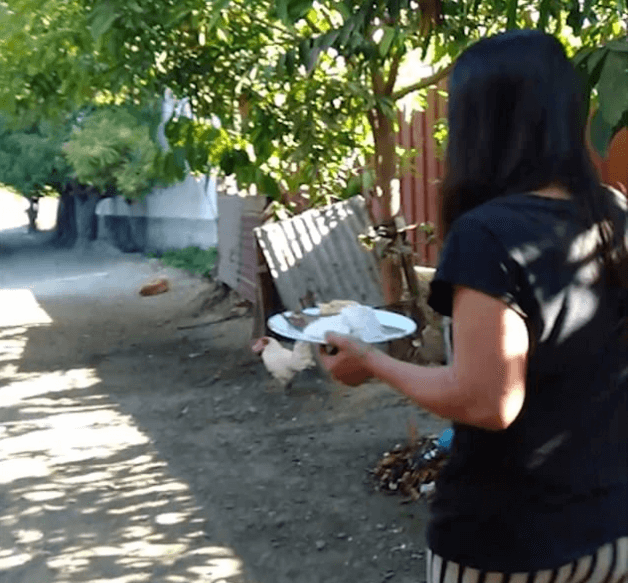 She showed deep concern for Carlito, but the same, however, could not be said for her son who appeared to be agitated with the constant mollycoddling.

The Daily Mail reported that both Lilybeth and her husband had to remove Carlito from school because the gaming began to disrupt his education.

In her defence of bringing breakfast from her home all the way to the computer shop, Lilybeth said “I used to just nag about his online games. But that didn’t work. So I’m trying a different approach.”

“I try to make him feel that whatever is happening in his life, I am his mother who loves him and takes care of him.” 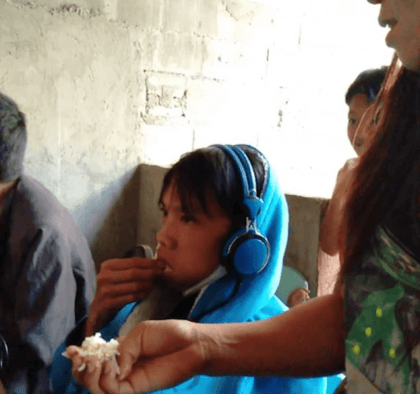 She added that banning him from frequenting the cyber café did not work, and has sought for help online.

Gaming addiction is certainly a worrying phenomenon with the World Health Organization listing the addiction as a mental health condition in January 2018.

What if you were his parent? What would you do? 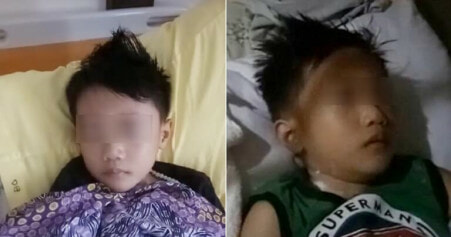