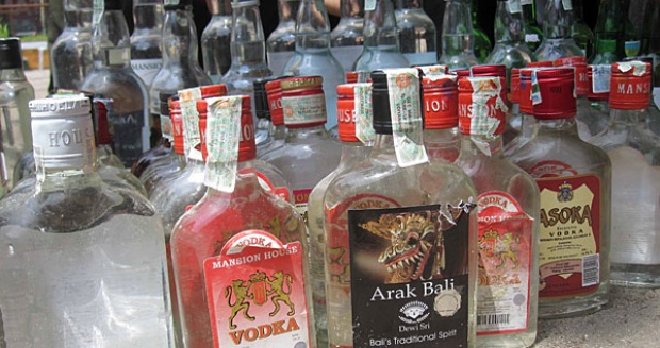 If you travel to Indonesia, make sure you look at the alcohol properly before consuming it! Most of us think nothing of having a little tipple or two especially after a long day but in Indonesia, the alcohol doesn’t come cheap for poor labourers thanks to the high taxes. 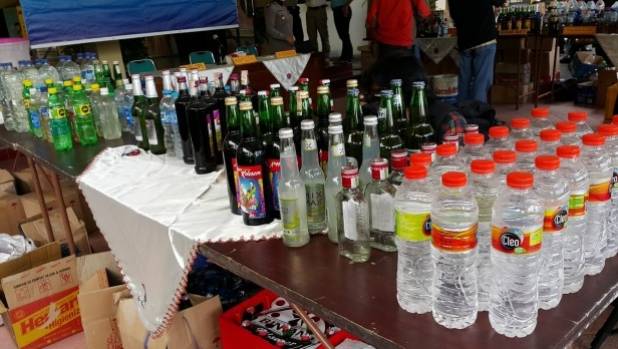 As a result, the black market for illegal alcohol in Indonesia is booming, but it comes with a cost. Every year, hundreds of people in Indonesia die because they consume bootleg alcohol, which results in methanol poisoning. Just recently, NST reported that two dozen Indonesians have tragically died recently after they drank illegal alcohol.

This tainted alcohol is known as oplosan and more people are turning to these homemade brew as the government has made alcohol more difficult to purchase. They have banned the sale of alcohol from mini markets as they claim that this easy access was corrupting Indonesian youths. Really meh? 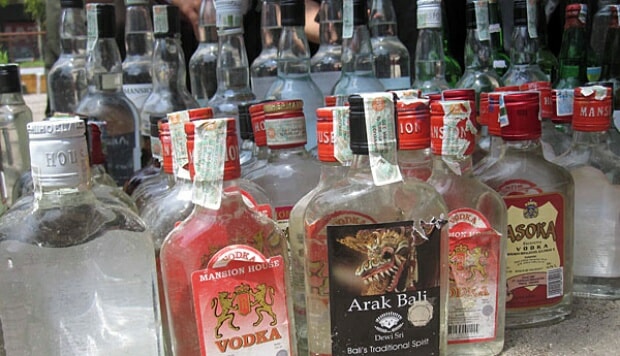 For illustration purposes only | source: tempo

However, it looks like the ban has failed, as Indonesians turn to unlicensed bottle shops for oplosan and this is really dangerous. Oplosan is not regulated and the process of turning it into liquor is unsafe, causing it to contain lethal amounts of methanol.

On Tuesday (April 3), a shop owner in Jakarta was arrested after it was discovered that he had been selling the illegal alcohol at his herbal drink stall. Since Monday (April 2), 16 people have died and another eight fatalities were reported in Papua. 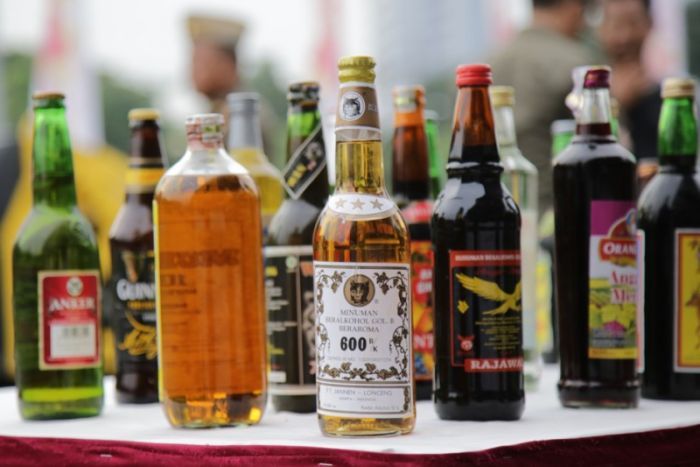 For illustartion purposes only | source: abc

A few other people are still in critical condition in the hospital. South Jakarta police chief Indra Ja’far said, “(The drinks seller) confessed that he mixed pure alcohol with Coca Cola and an energy drink. He thought it would be safe, but apparently it killed people.” Pure alcohol, bro!

It is suspected that the alcohol came from a single distributor who would sell the bootleg booze to small businesses and police are also tracking them down. East Jakarta police chief Tony Surya Putra said, “We are currently chasing the sellers, not just the small traders but also distributors. We believe there is a big distributor behind this case.” 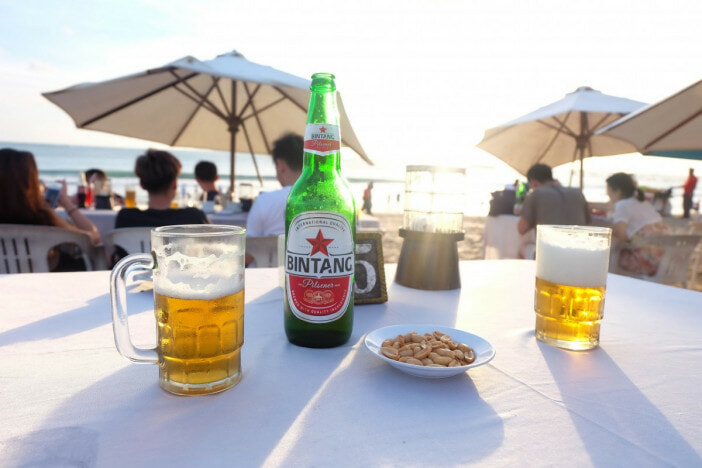 Tourists aren’t safe from this either as many bars who sell cocktails or alcohol drinks cheaply are probably serving bootleg alcohol. It is advisable to either just consume bottled beer or drink duty-free spirits imported from abroad. Methanol is super difficult to detect based on smell and taste alone, plus the symptoms are similar to a hangover.

However, you should immediately seek medical attention if you are experiencing blurred vision as it could be the methanol attacking your nervous system. A good rule of thumb to practise is that if the price looks too good to be true, then it probably is! 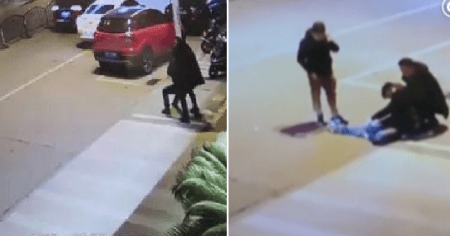