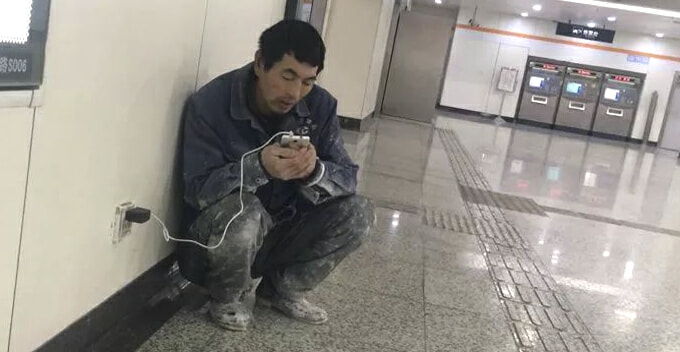 Leaving family behind to work in another place is probably the most challenging thing migrant workers have to face. However, this man decided that no matter where he goes, he must stay in touch with his family, even if it means walking to a subway station every night. And so he did. 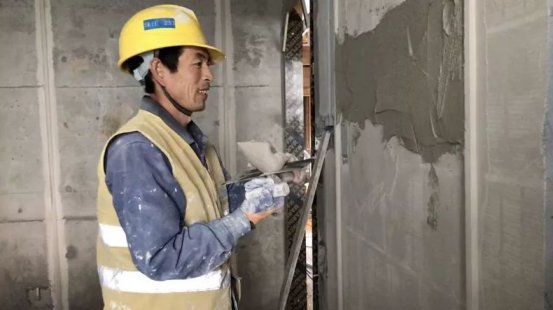 Ge Yuanzheng, who hails from Henan province, is one of the millions of construction workers in China. Last October, he moved to Shanghai in order to make a living as he wants to provide his family a better life.

He earns roughly 200 yuan to 300 yuan (approx. RM120 to RM180) per day, according to SCMP. Ge lives with his co-workers, who stay in a dormitory and he only spends his money on basic necessities. 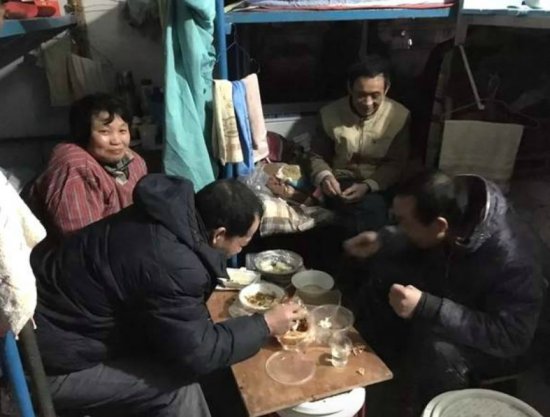 In fact, after three months of working there, he has never once stepped foot in any of the famous tourist attractions in Shanghai, fearing that he’d splurge on unnecessary things. He was so thrifty that he even found it hard to spend money on an internet package for him to video call home.

“I don’t want to spend money, but I miss home and want to talk to my family,” he said.

To solve this dilemma, he decided to take advantage of the perfectly good Wi-Fi at a local subway station.

Every night, he’d walk to the station and sit there to chat with his wife and let her know that he loves her. This has been going on for a while until one day, his picture was taken by a passerby who uploaded it on social media. 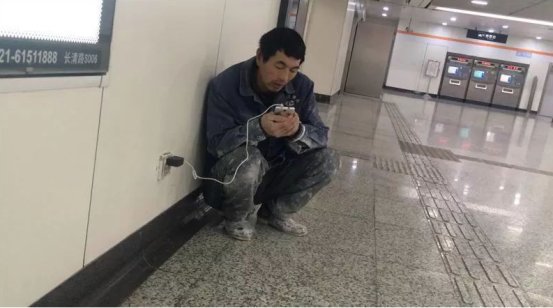 Needless to say, his picture went super viral online and even his wife saw the image. After learning what her husband had to go through every night just to chat with her, she was heartbroken, but she soon cheered up after knowing that her husband is doing fine.

Ge and his wife are blessed with two children. Their son is currently working while their daughter is studying in a nursing course. It was reported that the daughter’s education fees cost about 30,000 yuan (approx. RM18,400) per year. 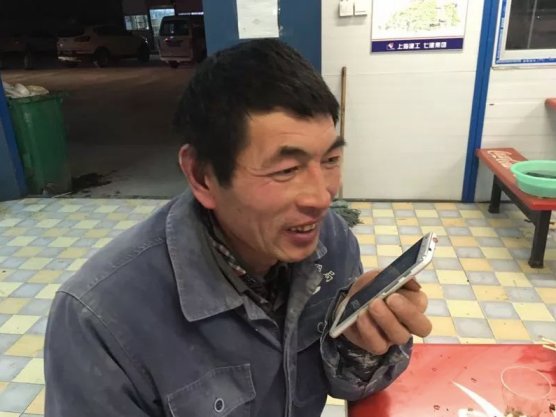 So, Ge had to walk to the station every night to use the internet, but what about his wife? Does she have stable internet connection at home?

Well, funnily enough, it was reported that his wife would actually ‘steal’ their neighbour’s Wi-Fi whenever she needed to use the internet.

Thankfully, Ge will be returning home for reunion dinner during the upcoming Chinese New Year where he plans to bring his wife a new phone. Ngaww…

Anyway, we hope Ge can find a good-paying job (and fast Wi-Fi) in his hometown so that he wouldn’t have to go through his current routine every night.

Also read: Despite Losing His Hands, This Man Chose to Work at a Construction Site Instead of Begging