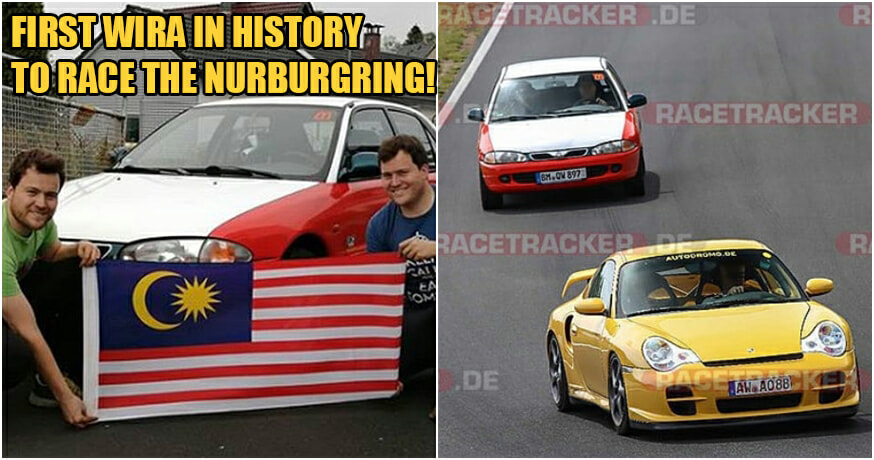 Malaysian motorheads, this one is a truly special treat for you. If you grew up in the 1990s, chances are you would have been in, seen, or even owned a Proton Wira of your own. The iconic sedan, first introduced into the market by Malaysian manufacturer Proton in 1993, has been one of the company’s longest serving models in its stable, being sold for over 16 years until its discontinuation in 2009. 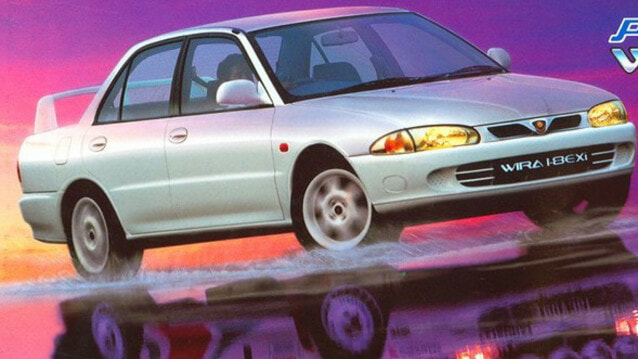 Based off the similarly legendary Mitsubishi Lancer, the car went on to be a blockbuster hit for Proton, selling close to over 1 million units during its production span. But that’s not all; the Proton Wira was even exported for sale to over 70 countries across the world and continues to remain as Proton’s most widely exported model to this day. Woah.

So to best honour the history and icon-status of this familiar Malaysian face, a pair of twin brothers from the Netherlands decided to take it upon themselves to further cement the Proton Wira’s reputation in international motoring. How? By building a ‘Ring Taxi’ based off on the Proton Wira.

Ready to race tomorrow! Tonight we drop an episode, then another reveal video. Spread the love ❤️

Meet brothers Jochem and Ruben Gravemade from Dutch DIY Mechanics, the car enthusiasts who brought this dream to life. Just recently, photos of their Proton Wira ‘Ring Taxi’ or should we say, ‘Ring Teksi‘, went viral across Malaysian social media after it was reported that they had raced the iconic Malaysian sedan around the infamous German race track, the ‘Nurburging Nordschleife‘ aka ‘Green Hell’.

For those who don’t know, the Nurburgring is often considered to be one of the most challenging racetracks to master and has garnered a reputation as being a proving ground for many automobile brands. As such, visiting the town of Nurburg (yes, the town is actually inside the racetrack itself) is not complete until you have experienced professional racing on the track.

Enter the ‘Ring Taxi’ service, which offers you a taxi ride in a high performance sportscar complete with a seasoned driver, around the Nurburgring. Only this time, instead of a sportscar, it’s the Proton Wira! Nak pi mana bang?

4 July will be the first ever Wira on the Nürburgring! We'll be sure to livestream it! Announcement coming. Be part of Proton and Malaysian history! 🇲🇾 Spread the love ❤️

In speaking with the brothers, we were told that their choice of using a Proton Wira as their project car did not come by accident. Both Jochem and Ruben had lived in Malaysia on two separate instances, totaling over seven years between 1997 to 2001 and 2009 to 2011. Fast forward to present day, Ruben is now working in the automotive industry while Jochem is a pilot by profession.

But if it’s one thing they both still share in common, it’s their love for both Malaysia and automobiles.

“Proton was everywhere when we were growing up, so it isn’t crazy that memories of home and our passion for cars would somehow merge.” Jochem said.

Through their mutual interests, Reuben suggested that they built a project car that was based off on the idea of the ‘Ring Taxi’ service, but with a twist. Instead of your typical Continental performance cars, they would use the humble Proton Wira instead and make it a real, bona-fide teksi.

🇲🇾 Malaysia now tearing up the Nürburgring 🇲🇾 1st Wira to conquer Nürburgring 1st lap complete 04.07.2020 1st shot after the lap Want to see more action shots? 🔥 Follow us on Instagram and YouTube for the updates.🙌🤙

They then went about procuring their very own Proton Wira, which was a challenge in itself to do in Germany. According to Jochem, Proton actually exported a number of Proton Wiras into the country during the 1990s, where they were sold as the Proton 413, Proton 415, and Proton 416, depending on the size of their engine displacement (Proton 413 = 1.3 Litre engine).

Yes, we did it! 🔥First Wira on the Nürburgring! Spread history ❤️

But due to their lack of popularity, sales halted in the 2000s. Initially buying a 1.3 litre Proton Wira to start, the brothers found that the car’s electrics were completely butchered.

“So that (their initial Proton 413) became our donor car after we found another Proton 415 (1.5 Litre) model. This is the car that is now our Ring Teksi. In the true spirit of what makes a Proton great, we didn’t have to spend too much to prepare it for the track.”

In fact, they only spent just over €1,000, or RM4,973.64, in modifications for their Proton Wira. These included better brakes, a stiffer suspension setup for less body roll, a stripped down interior, two Sparco-branded bucket seats, and of course, the famous Malaysian red-and-white teksi livery. The engine remained completely stock with no modifications.

Malaysian seal of approval 😉 Thanks @faizcheomar for the quick send! The other things which were shipped will be featured in our next video!

They will even install a legit Malaysian teksi meter that one of their fans sent to them from Penang too, siap stiker Mekdi. Power sial.

With their Proton Wira kitted out and ready to take on the hairpin turns and bends on the Nurburgring, Jochem said that by pushing the car to its limits, they managed to achieve their best lap time of 11 minutes and 12 seconds. Dahsyat weih.

We eat Porsche's for breakfast. Too bad it was time for lunch at this point…

“But keep in mind, we lose quite some time when we need to give faster cars the line on the track. This is racing etiquette.” he points out.

Were it not for that fact, the brothers were fairly confident that they could have lapped the ‘ring in ten minutes. And that’s with an engine that could only put out 90 horsepower!

Damn Malaysia, thanks so much for the support 🙏🙌 We'll make you proud, one overtake at a time!

All in all, the brothers told us that even if they had to do it again, they wouldn’t have chosen any other car to work on. With its predictable handling, smooth gear shifts and overall rarity in Europe, the Proton Wira places high on their list of beloved automobiles.

Having grown up living with my mum’s own Proton Wira just like many of us may have, one can’t help but feel pride for this incredible achievement. We wish nothing but the best for Mr Jochem and Ruben on their racing endeavours, and hope to see more from them in the future! Dare we suggest kitting out a Proton Satria next?