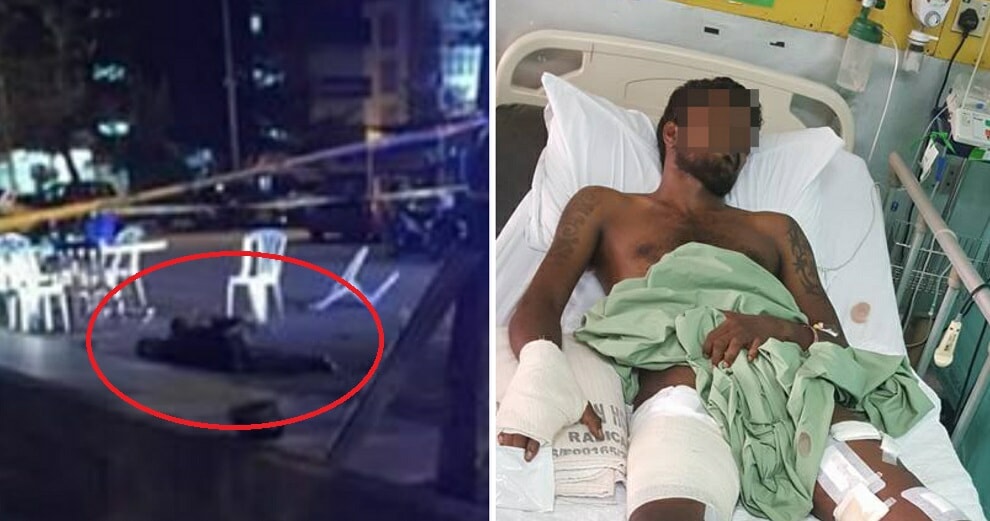 Recently, a report by The Sun revealed an incident involving an intoxicated police officer shooting at two people with his service firearm.

The incident reportedly occurred outside a kopitiam in Sri Rampai, Wangsa Maju at around 4.30am on 18th July and the police officer in question is attached to the Bukit Aman Criminal Investigation Department (CID). 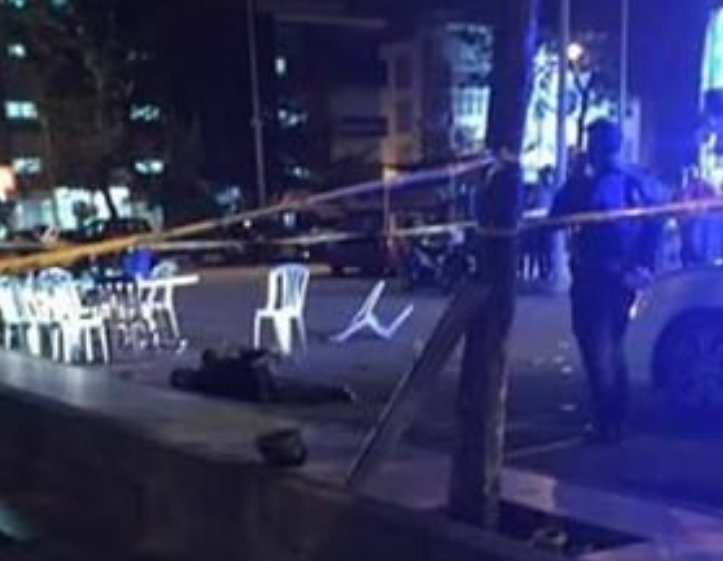 It was reported that he got into an argument with the two individuals, initially believed to be the officer’s friends.

“The suspect, believed to be a detective in his 30s with the rank of corporal, opened fire five times, with one shot hitting his friend in the buttocks,” said city police chief Comm Datuk Amar Singh.

“Police arrested the suspect and his friend. We will be fair in this investigation and we are waiting for a report to confirm whether he was intoxicated. But we believe he was drunk.”

This case will be investigated under Section 307 of the Penal Code for attempted murder.

However, it appears that was not all that transpired during the incident. One of the victims’ sister reached out to WORLD OF BUZZ to tell us their side of the story.

According to the victim’s sister, the allegedly drunk police officer was reportedly fighting with his wife in public and that her brother was not friends with him.

“Everyone was looking at them including my brother and then the police officer started the fight by asking my brother what his problem was.”

Her brother told the officer not to fight in public, to which the man responded with “do you know who I am?”. Her brother didn’t know he was a police officer, so he asked him who he was. 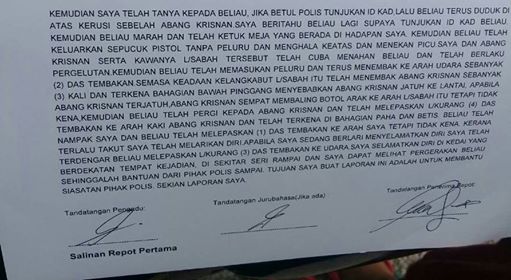 “The doctor has confirmed that there are 3 gunshot wounds on my brother’s body.” 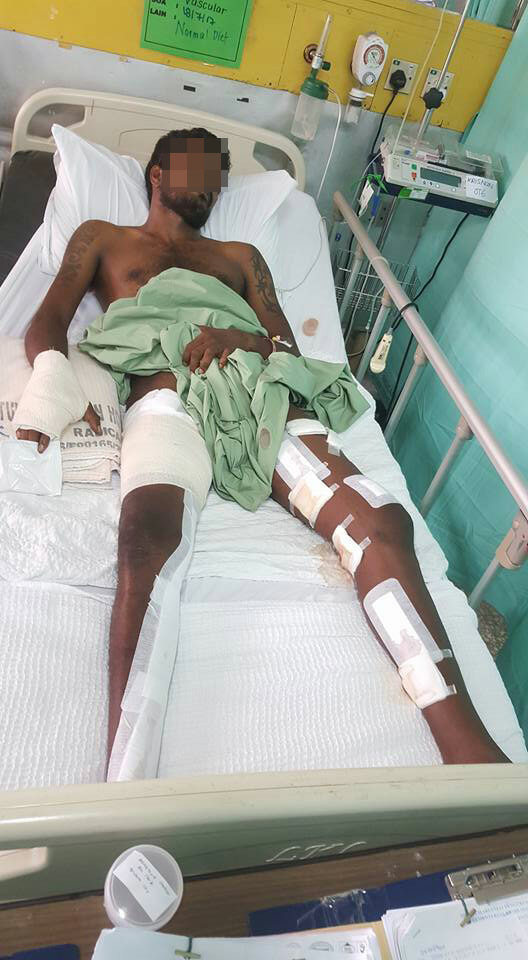 There is also video evidence showing the officer firing 5 shots in the air while standing over a man who is lying on the road (presumed to be her brother), but none of those shots were aimed at her brother.

“It was reported that my brother was his friend, which is false. My brother was sitting with 5 of his friends about 3 to 4 tables away. I don’t know what they are trying to do. I hope that our community helps us.”

What do you think about this whole situation? 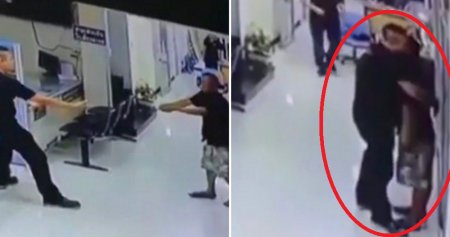